Learn whether or not a 16 inch neck is big for someone who lifts weights. 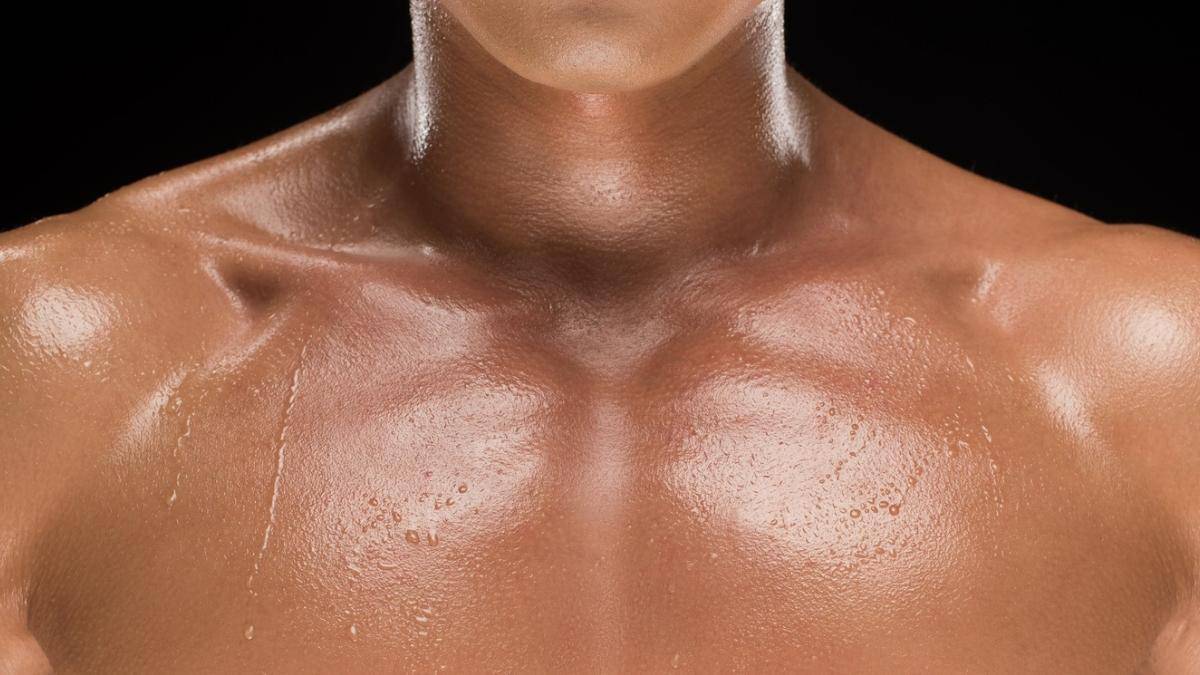 If you want to know whether a 16 inch neck is big or right in line with the average male neck size, then you're in the right place. This article explains how to get a 16" neck if you're training for aesthetics and also discusses the pros and cons of having a 16 in neck.

See How Your Neck Compares:

Is a 16 inch neck big or not? Yes, based on the research, a 16 inch neck is bigger than average for a man by about an inch. Although not absolutely huge, a 16 inch neck can definitely look big and aesthetic if it's in proportion with the rest of your physique.

Having a 16" neck is either a sign that you're an athlete who lifts weights (and perhaps trains their neck directly) or that you're obese. This is why it's important to distinguish between a 16 in neck that primarily consists of lean muscle vs one that consists mostly of fat mass.

Some research touts neck circumference as a good way to measure obesity. [1] And in some ways, it is a good indicator of central adiposity. It's certainly easier to take someone's neck measurement than it is to calculate their BMI.

However, neck circumference measurements don't distinguish between muscle mass and fat tissue. So by some calculations, you might be considered obese just because you have a 16 inch neck when, in fact, you're perfectly healthy and just like to lift weights.

A 16.5 inch neck is definitely quite a bit bigger than average, even for a man who lifts weights. This is especially true if you have a lean 16.5" neck with minimal fat.

For someone who trains their neck directly, however, a 16.5 inch neck is fairly normal, although still pretty impressive if you've built it up to this size naturally.

On the other hand, some people (especially those with good genetics for putting on size) can build a 16.5 inch neck by just going about their regular resistance training routine.

After all, when you do heavy compounds—deadlifts especially—your neck gets put under a really strong, growth-stimulating stretch. So it's completely possible to get a 16.5" neck without direct training if you're really strong on your compound lifts.

So, what does a 16 inch neck look like exactly? As you might have guessed, it depends on the muscle and fat content of the neck in question. A lean 16 inch neck will look bigger and much more muscular than a fat 16 inch neck.

The video above shows you exactly what a 16 in neck looks like, and it's a particularly good example because it shows that some people can build a 16" neck via heavy compounds and/or their genetics.

You'll likely see plenty of people in your daily life who have a 16 in neck. However, since the majority of these people don't do direct neck training, it's unlikely that you'll notice the size of their neck.

It's only when someone has a well-developed sternocleidomastoid (the front/side of the neck) that you take notice.

What shirt size is a 16 inch neck? In most clothing brands, a 16 inch neck is equal to a size large. However, on occasion, having a 16" neck might mean that you're somewhere between medium and large.

If the latter is true, I recommend sizing up because you typically want to be able to put a finger or two between your neck and the collar so that it's not too tight.

This is one reason why you might want to add half an inch or so to your neck measurement when you're shopping for shirts—it'll help you to select better-fitting shirts and clothing.

How to get a 16 inch neck for bodybuilding

Learn how to get a 16 inch neck for bodybuilding and aesthetics. While some people might be able to sculpt a 16 in neck by relying on basic compound exercises, most natural lifters will need direct training to get their necks over the 16-inch mark.

As mentioned, a lean 16 inch neck is pretty big, but it's not absolutely huge. Therefore, you don't need to do a ton of direct neck work to get the gains flowing—especially not initially.

Focus on neck flexions (also called neck curls) and neck extensions. If you've not trained your neck directly before—or with any previous consistency—then 2-3 sets of each exercise twice per week will do the job nicely.

Just be sure to use high reps. If there's one body part that you don't want to do low rep training for, it's the neck. It's just not with the risk. And besides, the neck responds excellently to high rep sets and time under tension.

It's unlikely that you'll need a neck harness to build a 16 in neck. However, for neck extensions, a harness is more comfortable than lying face-down on a weight bench, which can put a lot of pressure on your sternum.

When you gain weight, it's very likely that your neck will increase in circumference, if only by a small amount. After all, obese people typically have higher body weights and thick necks, which proves the point.

The same holds true for when you gain muscle mass, but to a lesser extent. Let me explain why. Muscle growth is a local process. When you build your biceps or quads, you're growing that specific body part, which means that unless you train your neck directly, you're unlikely to see substantial circumference gains when you gain weight.

So, if you combine slow weight gain (you don't want to get fat) with progressive neck training, then you can really start to see big changes in a relatively short space of time, which is one of the great things about training your neck—it grows fast.

If you're not crazy about building a thick neck but still want to build some size, then you might be able to get by without direct training. Compound movements like deadlifts, rows, and shrugs all provide the neck with some level of growth stimulus.

If you get stronger at these lifts over time, then your neck will likely get much bigger, especially if it was very skinny to begin with.

However, past a certain point—perhaps around the 16 inch mark—heavy compounds will no longer be sufficient to grow your neck. This is where you have to make a judgment call. Are you satisfied with maintaining your pretty decent 16 inch neck? Or do you want to make your neck even more jacked?

While it's true that some studies show a correlation between neck size and central obesity (stomach fat), [2] this data isn't very applicable to healthy people who exercise regularly and just so happen to have a lean 16 inch neck.

Considering that some gifted individuals can get a muscular 16" neck without any training whatsoever, it seems silly to say that having a 16 inch neck is bad. There are also plenty of natural weight lifters who have 16 inch necks, and there's nothing wrong with their health.

The only thing you need to worry about is your actual neck training; you don't want to injure your neck by taking things too far. A little goes a long way for a small body part like the neck.