Get the facts on the world's biggest forearms. 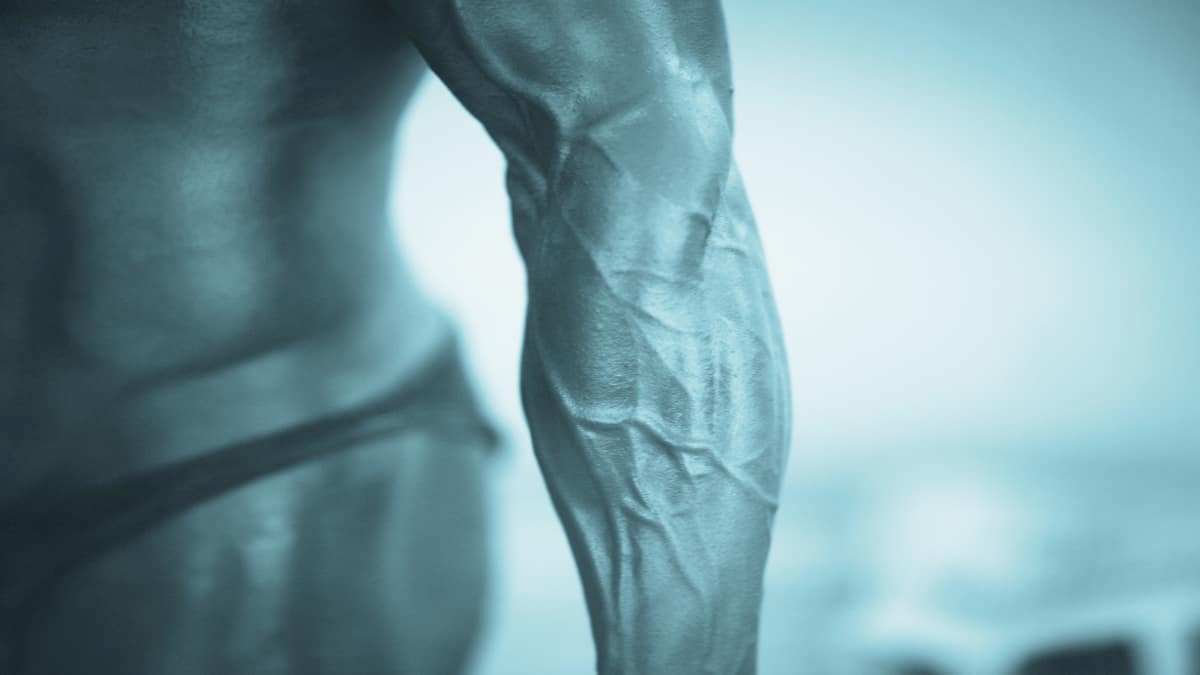 The forearm is such an iconic muscle because, along with the neck, it's the most visible major muscle group of the human body. And that realization got me thinking: Who has the biggest forearms in the world? And who has the best forearms in bodybuilding history?

Well, I’ve done some research. So in this article, I’ll tell you who has the biggest forearms ever (the answer might surprise you). And then I’ll share who I personally think has the best forearms in bodybuilding today as well as of all time.

So let’s begin the rundown.

Who has the biggest forearms in the world?

Either way, both measurements are impressive. Since Jeff Dable also has enormous hands (people with big joints also tend to have bigger muscles), I’d be more likely to trust his measurement. Plus, it’s also a far more recent statistic.

Gunnar Rosbo claimed to have 20.5 inch forearms. But we don't know if his measurement was verified by tape.

Now that’s not to take anything away from Gunnar Rosbo. The Norwegians are a very honest group of people. For example, their powerlifting team is notoriously against chemical assistance in natural competitions.

Still, if he did have legitimate 20.5 inch forearms, then he was indeed a special breed of bodybuilder.

You can learn how to build forearms that get attention and also check out our guide to curing skinny forearms if you want to improve this highly visible muscle group as the following bodybuilders did.

Who has the biggest forearms in bodybuilding?

Here, I’m talking about pure size. I’ll get onto who I think has the best forearms in bodybuilding in just a moment.

You can’t talk about the arms (or about bodybuilding, for that matter) without mentioning Lee priest. His upper arms were a sight to behold, but did you know that his freaky forearms were 18 inches at their peak?

Now, the fact that Lee wasn't a particularly tall bodybuilder makes this even more impressive (Gunnar looks 6 foot or more) because shorter people tend to have smaller bones.

So yeah, considering that 18 inch upper arms are impressive, Lee Priest’s forearms were just about the best in his era.

There's no doubt that Frank Mcgrath has the most vascular forearms in bodybuilding history. But at a colossal 18.5 inches, his forearms also pack a real punch in the size department.

The fact that he’s also verified this measurement in an Instagram photo gives him the legitimacy to be on this list.

For me, while his forearms aren’t the absolute biggest in the world according to measurement (though they are very close), they are the most impressive.

Who has the best forearms in bodybuilding?

I researched countless bodybuilders of the past and present-day to discover who has the best forearms in bodybuilding history and during our current times.

Of course, this is just my opinion, but I think that many people will agree with the contenders on this list.

Also, if you currently have weak forearms, then check out our popular forearm transformation article to see how jacked you can realistically get your forearms.

While he didn’t have the outright biggest forearms in bodybuilding, Sergio Olivia set the forearm standard in his day. Rather than leaving them as an afterthought, he drew onlooker’s attention to what has to be one of the most pivotal muscles on a pro bodybuilder's physique.

You just can’t hide small forearms on stage. Sergio Olivia knew this, and he greatly benefited from it.

Roelly Winklaar is the second true present-day bodybuilder that I’ve mentioned in this article, and rightly so. The flexors of his forearms are virtually unrivaled.

You really have to watch his posing routines to see what I mean, but his biceps and triceps just flow so majestically into his forearms that it’s hard to find anything that the judges could possibly criticize.

He practically has Popeyes forearms!

He used to train his forearms daily, and now his lower arms have practically become a celebrity in their own right. I’ve been telling people this for years, but if you want to grow your forearms, then you need to train them frequently.

As Frank Mcgrath will tell you, the forearms are meant to be used frequently, even every day or close to it if hypertrophy is your goal. [2] Why else do you think that manual laborers often have better forearms than some bodybuilders?

It’s because they’re literally training their forearms everyday. You might never be able to get forearms of Frank's size, but if you do some forearm occlusion training, then you'll see quick improvements in vascularity.

Summary of the biggest forearms in the world

I say maybe. You see, Frank Mcgrath has smaller forearms by half an inch. However, his forearms are ridiculously shredded, so he obviously has more lean mass than Jeff Dabe. So, if we’re talking about muscularity, then yes, Frank Mcgrath definitely has the most muscular forearms ever, apart from maybe Gunnar Rosbo, who was a genetic forearm freak in his own right.