Can your arms handle our advanced bicep workout?

These advanced bicep exercises will get your arms growing again. 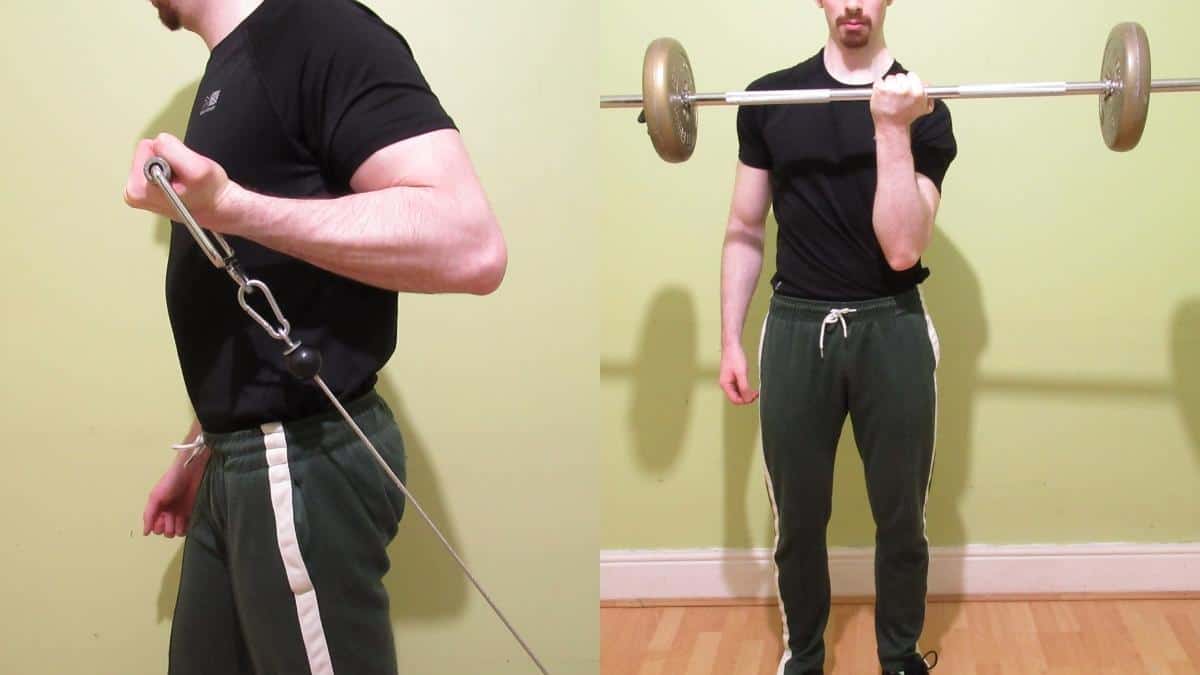 Learning about the biceps can help you to understand which exercises are the most optimal for muscle growth. But sometimes, when you're an advanced or elite lifter, regular exercises simply don't cut it anymore.

Likewise, if you've been in the gym for years on end, performing the same old movements gets boring after a while. On the other hand, including novel exercises in your program can skyrocket your gym motivation and give you back that novice lifter hunger once again.

Although there are "only" four exercises in this advanced bicep workout, you're still doing between 16 and 20 growth-provoking sets that will leave your biceps absolutely smoked.

Truth be told, this is one of the most effective bicep workouts for men or anyone else who wants to bust through plateaus and get their biceps growing again. Fair warning, though, this routine is highly demanding on both a muscular and mental level. So if you're new to the gym, then you can follow one of our bicep workouts for beginners instead.

It's recommended that you rest 2-3 minutes between sets so that your strength doesn't drop off too quickly. Yes, resting more will reduce your pump a little bit. But as you should know by now, total training volume is more important than the pump for building mass.

Also, aim to leave 1-2 reps in reserve on each set. If you hit failure on the final exercise, that's fine. But try to stay away from total failure for the bulk of this advanced biceps workout.

Single arm barbell curls are the most hardcore of all the advanced bicep exercises because their loading potential is virtually unlimited.

Here's what I mean.

It's quite possible that you might max out the heaviest dumbbells in your gym if you're a bodybuilder (especially if you train in a general-fitness-type facility).

Yet, with a barbell, you can keep adding weight to the bar almost indefinitely. So you’ll never be forced to stop progressing because the weights will always be able to keep up with your increasing strength.

Moreover, curling a barbell forces you to supinate your wrists a lot harder than when you curl a dumbbell because more wrist control is required to stabilize the weight. This is called forearm supination, and it's one of the primary functions of the biceps. So by twisting your wrists harder at the top of every rep, you'll naturally be producing a stronger bicep muscle contraction.

Plus, only big guys seem to do one arm barbell curls, so you're definitely in good company with this exercise.

Behind the back cable curls are an excellent addition to advanced bicep workouts because they help you to develop not only bicep size but bicep symmetry too.

While novices are best off focusing on building a foundation of mass before worrying about finer details like muscle symmetry, advanced lifters should strive to sculpt proportional biceps to improve their overall physique.

After all, if you're truly advanced, then you've probably already gained the majority of the bicep size that you're ever going to build. So since adding a lot more mass is likely out of the question, you might as well improve the appearance of your biceps by ensuring that you don't have any obvious muscular imbalances.

In this regard, behind the back cable curls are one of the most effective exercises for developing bicep symmetry. This is because they enable you to train each arm separately and thus ensure that your biceps are receiving roughly equal work.

Since behind the back curls emphasize the long head of the biceps, they also make a great addition to any bicep peak workout.

Even though this routine is an advanced bicep workout, it's still critical to train the brachialis and brachioradialis if you want complete arm development (who doesn't?).

That's why reverse curls are such an effective exercise. By placing the biceps at a mechanical disadvantage, your brachialis and brachioradialis have to do more work and therefore get rewarded with a much better growth-stimulating workout.

Performing the reverse dumbbell curl sitting down rather than standing actually makes you stronger. This because you don't need to put as much effort into stabilizing your core when you're sitting and when, ideally, your back is braced against the bench's pad.

Using dumbbells also ensures that both of your arms get similar amounts of stimulation. This enables you to develop more aesthetic arms by avoiding muscular imbalances.

Barbell 21s are one of those advanced bicep exercises that give you a killer pump every time because your biceps are getting so much time under tension.

As such, 21s are remarkably effective for ensuring that you recruit the maximum amount of muscle fibers, something that's very important for advanced lifters seeking to eke out new bicep growth.

If you're training to failure on 21s, which you can do by performing as many reps as possible on the final mini set, then you only need to do 2-3 rounds (one round = 7/7/7) to fully fatigue your biceps.

There are many advanced bicep workout routines out there that are needlessly complicated. Sure, advanced lifters can benefit from implementing novel exercises in their program and doing unique bicep workouts. However, that doesn't mean that you need to curl upside down or on one leg to shock your muscles into new growth!

While you can certainly perform a biceps superset routine to increase the workout intensity, you'll be able to lift heavier weights and thus accumulate more training volume by sticking to straight sets.

And as the science will tell you, performing sufficient training volume is the sine qua non of any hypertrophy-focused routine—especially if you're an advanced lifter.

So while it's fine to sprinkle intensity techniques into your routine here and there, don't get distracted from the proven basics that actually add the mass to your biceps.