How to perform a tricep drag pushdown 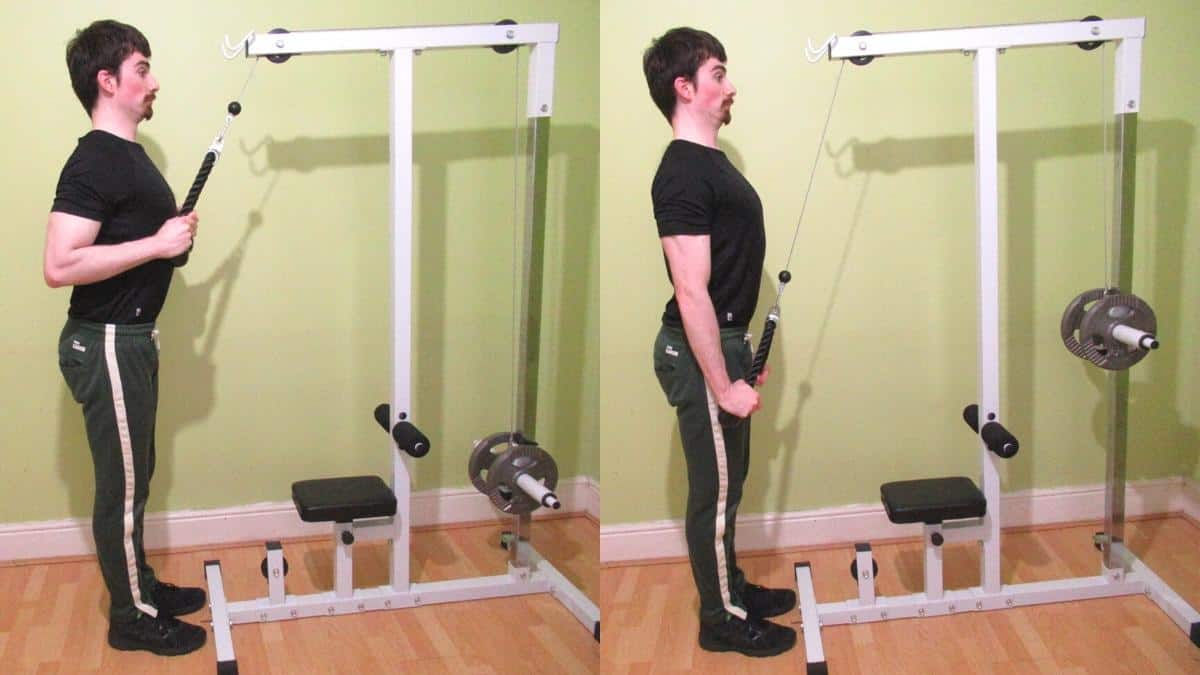 The drag pushdown trains your triceps in their fully shortened anatomical position by placing your shoulders into extension.

When your shoulders are extended, which is to say when your elbows are behind your body, the long head of your triceps becomes maximally contracted.

This fact is significant considering that the long head of the triceps is the single biggest muscle in your upper arm (it's bigger than the lateral and medial heads of the triceps combined!).

Additionally, while most people perform some kind of overhead exercise to maximally stretch the long head of their triceps, the vast majority of lifters neglect the secondary function of this muscle, which is shoulder extension.

This tutorial shows you how to perform a version of the standing tricep pushdown—the drag pushdown, which, to the best of my knowledge, was created by Jeff Cavaliere of ATHLEAN-X.

How to perform a tricep drag pushdown

Why is the drag pushdown such an effective exercise?

The drag pushdown does the one thing that most rival exercises don't; it trains your triceps in their maximally contracted position.

What you might not realize is that only the long head of the triceps acts on the shoulder joint.

Recruitment of the lateral and medial heads isn't affected by your shoulder position in any way because their sole function is extending the elbows.

In order to stimulate maximum triceps hypertrophy, however, you need to train all the tricep functions—not just elbow extension.

In practice, this means changing your shoulder position so that you can a) stretch the long head and b) contract the long head.

Drag pushdowns train the triceps in their shortest muscle position and thereby from the angle that most lifters neglect.

Any kind of lying extension or overhead movement places the long head of your triceps under an intense eccentric stretch.

But in order to train it from the opposite angle and subject it to an intense contraction, you need to put your shoulders into extension.

The drag pushdown is an excellent exercise in this regard because it's one of the few tricep drills (kickbacks being the other obvious example) that actually train your triceps in their shortened muscle position.

Unlike a kickback, however, you can actually lift significant amounts of weight during a drag tricep pushdown.

Conclusion: Should you do a drag pushdown for your triceps?

In a way, the drag pushdown is the opposite of Jeff Cavaliere's other tricep movement, the rocking pushdown.

For this reason, you can actually pair the exercises together in a superset fashion in order to train your triceps intensely in a short space of time.

If you go for the superset approach, I recommend starting with drag pushdowns because your triceps are weakest when they're maximally contracted. On the contrary, your triceps can actually produce a lot of force when they're in a stretched position.