How to perform an incline inner-biceps curl

This exercise will fix your lagging inner biceps. 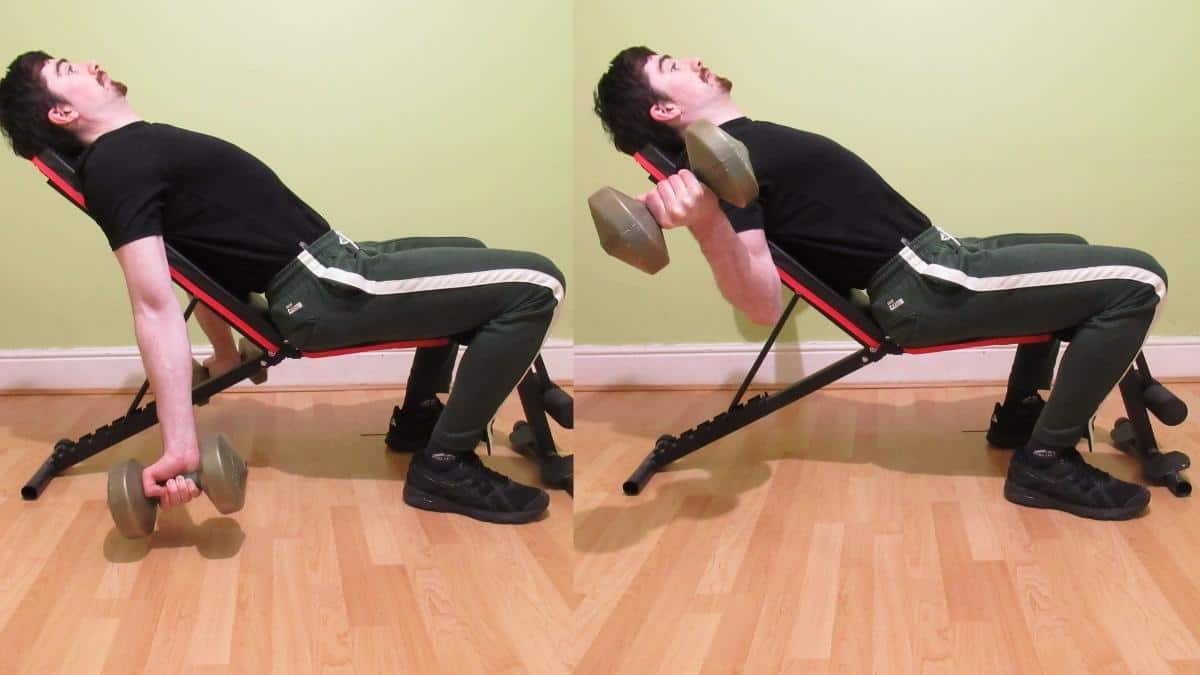 The incline inner bicep curl is a brilliant exercise for building the bicep brachii. This is because by using a bench to perform the exercise, it's much easier to use the proper lifting technique because you can't use your back, legs, and hips to cheat the weights up.

How to perform an incline inner-biceps curl

Try to keep the weight directly at the side of you rather than behind you. This is because when you curl with your arms behind your torso, the emphasis of the exercise naturally gets shifted toward the outer muscle fibers of the biceps. We want to keep the focus on the inner muscle fibers in this variation, so you don't want to let your elbows drift too far back.

If you want to preferentially target your brachioradialis and brachialis muscles, then you can also do the reverse incline dumbbell curl. The form is much the same as the technique described above, the main difference being that in the reverse variation, you're curling with an overhand grip rather than with an underhand grip.

Should you do the incline inner biceps curl or stick with the standard version?

If you need to improve the short head of your biceps, then you should perform the incline inner-biceps curl rather than the standard version. If, on the other hand, your long head is lagging, then the regular version is the better choice.

The technique is virtually the same for both exercises (and indeed for the alternate incline dumbbell curl). The only difference is the shoulder position. With the inner version, your shoulders are externally rotated in order to shift the emphasis onto the inner head of your biceps. With the standard exercise, your shoulders are in a neutral position and also slightly further behind your torso.