What are considered long forearms? (And are they a problem?)

A Polish study of 1630 participants sheds some light on forearm length. 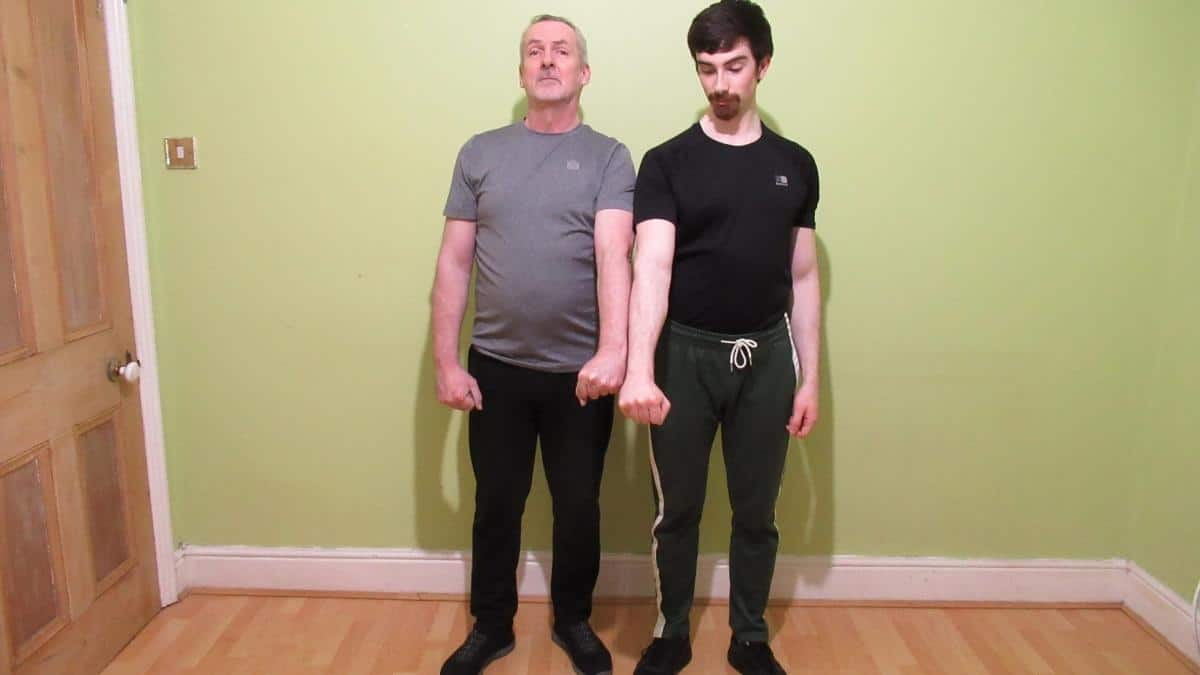 How do you know if you have long forearms? Are they a hindrance to your performance in the gym? And are they weird for your height?

We’ll delve into all of these questions and more in this forearm length guide.

What are considered long forearms?

Generally, if your forearms are long compared to your other body parts, like your upper arms, then you likely have long forearms for your height and build. So in this respect, there’s no hard and fast rule as to what’s considered long and what’s thought of as short.

Yet, thanks to data taken from thousands of people, we've got access to lower and upper-end forearm lengths in both men and women.

Now, in this study that I’m about to explain, the researchers took measurements of both the left and right forearms of the participants. There wasn’t much difference between the sides of the body, so for the sake of consumption, I’m going to give you the statistics for the right forearm only.

You can find the study link in the references section if you want to do some further reading.

The same study also measured the forearm size of women. Interestingly, although women had shorter forearms on average, one woman had the longest forearm (31cm/12.2”) of anyone in the research project. The lowest recorded length for the ladies was 19cm (7.4”), and the average measurement was 23.5cm (9.25”). There were 1150 females in the study in total.

So, depending on where you fall between lengths, you can accurately determine whether you have long forearms or not.

Is having long forearms bad?

We all have those body parts that we’re self-conscious about. But the reality is, these supposed deformations are most often just in our heads. In other words, nobody notices them but us.

I’ve actually seen people post photos of their supposedly “long” forearms. It turned out that nobody would have guessed that they were long, which they technically were by a couple of inches.

Many people also believe that they have long forearms for their height. [2] While this is often true, most folks tend to overestimate their supposed abnormalities either to feel special, or because they're self-conscious.

Many self-conscious people tend to overestimate the severity of their supposed "abnormalities."

That said, in certain situations, I suppose that having abnormally long forearms could be a hindrance. But they’d have to be really long. For example, if you have really long bones, then you might struggle to use certain exercise equipment at the gym, especially the likes of the lat pulldown machine, which requires you to stretch your arms overhead.

For this to be the case, however, you’d also have to be ridiculously tall. People of average height simply don’t have forearms so long that it impedes their everyday activities. Like I said before, we all want to feel special, and we’re all self-conscious about various body parts, so most often, these abnormalities are in our heads and not in anybody else’s.

Do men have longer forearms than women?

It’s worth noting, though, that there were roughly twice as many women in the study as men. This likely explains why the researchers didn’t find a male with the longest forearms out of all the participants, because as the data shows, males do typically still have longer forearms than females on average. [3]

This depends on the specific exercise. For example, guys with short limbs tend to have an easier time benching big numbers at the start of their training career because their arms only need to travel through a small range of motion (ROM) to complete each rep.

However, as any powerlifter will tell you, those with higher body weights tend to also be able to lift more weight. Well, those with longer forearms tend to have larger builds in general, which means that they also have the frame to support more muscle mass (and thereby greater strength levels) overall.

So in this respect, having long forearms will most likely help you because it generally means that you also have, at a minimum, a decently sturdy build.

Long forearms are usually indicative of a large frame, which is actually better for maximizing strength.

Obviously, if you’re very tall and have the forearm length to match, then certain exercises might be particularly challenging. Pull-ups spring to mind. It’s going to be more effortful to complete each rep if you have long arms because the range of motion will be so large.

Take gymnasts as an example. They’re usually relatively short in stature, but they have tremendous bodyweight strength. Part of this may well be due to the shorter ROMs that they have to go through. Another aspect of it is probably because of their lower body weight.

So if you have a big frame and long arms, then bodyweight exercises might not come as easy to you as they would to someone of a smaller build.

The verdict on having long forearms: Good or bad?

This is based purely on the perspective of resistance training. But if I had the choice between having long forearms and short forearms, I’d choose the long pair every time. Why?

Anyway, most of us have very similar lower arm lengths. As you saw from the above data, the difference between men and women is smaller than a lot of people would think.

So overall, it’s certainly not bad to have long forearms. As I’m fond of saying, what you perceive as “long” or “abnormal” is probably perfectly normal to pretty much everyone you meet.