Tricep bar vs EZ curl bar: Which is better for building muscle?

Find out if the tricep bar is better than the EZ bar for building muscle. 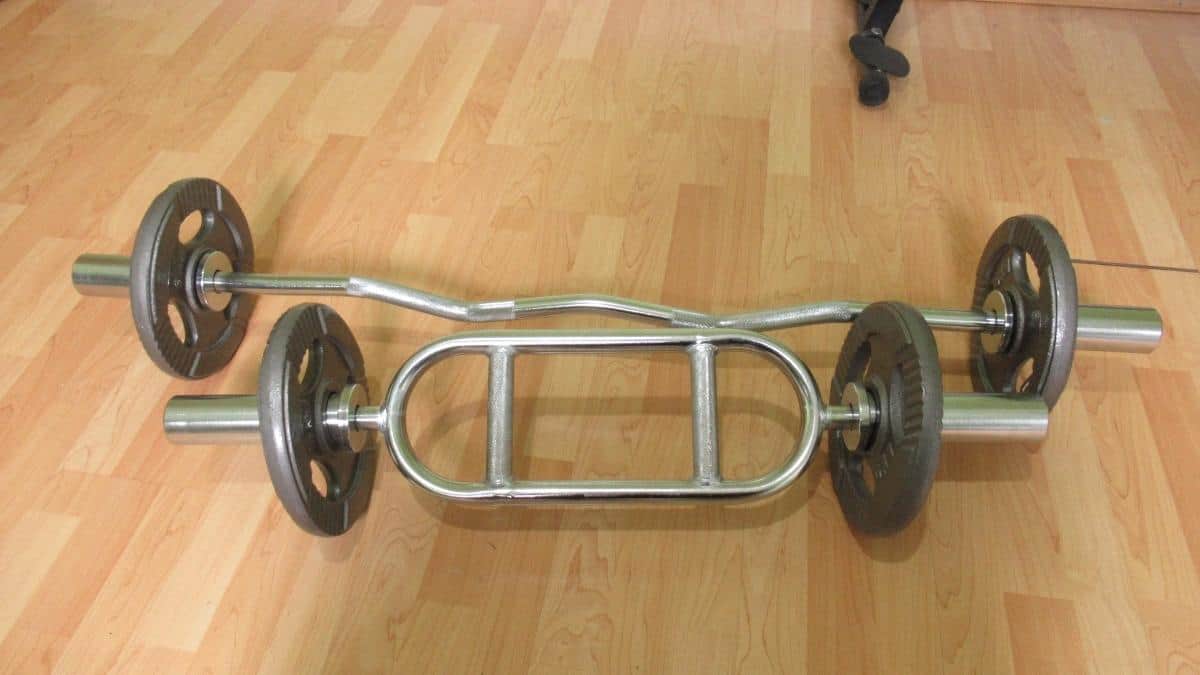 Table of Contents show
What is the difference between a tricep bar and an EZ curl bar?
Tricep bar vs EZ curl bar: Which is best for building muscle?
Which one is better for gaining strength
EZ curl bar vs tricep bar: The verdict

What is the difference between a tricep bar and an EZ curl bar?

The main difference between a tricep bar and an EZ curl bar is that you can use an EZ bar for a much wider variety of exercises. Tricep bars are only good for overhead extensions, hammer curls, and a few other exercises, whereas EZ bars give you so many more exercise possibilities.

Tricep bars place your wrists in a completely neutral position (one of the main tricep bar benefits), whereas EZ bars put your wrists in a semi-supinated or semi-pronated position depending on whether you use an overhand or underhand grip.

So while tricep bars are slightly more joint-friendly, they only have one grip option (neutral), whereas EZ bars have two (overhand and underhand), hence why tricep bars naturally have fewer workout possibilities.

Tricep bars are typically quite a bit shorter in length than EZ bars, which makes them more portable and means that they generally weigh less. While tricep bars weigh around 20 lbs, EZ curl bars usually weigh between 20 lbs and 30 lbs.

Since they’re smaller, tricep bars are usually a bit cheaper than EZ bars, something that’s worth considering if you’re shopping for a new bar on a budget.

Tricep bar vs EZ curl bar: Which is best for building muscle?

It depends on which muscle you’re trying to build. Tricep bars, as the name suggests, are slightly better for developing the triceps because they put your elbows and wrists in a neutral position, which allows many people to train pretty much pain-free during overhead extensions.

EZ bars are better for working the back (rows) because tricep bars are only good for training your arms and the front of your shoulders (with front raises).

Still, both types of bars can help you to build muscle when used strategically in the context of a wider training program.

Which one is better for gaining strength

Again, it depends on the particular exercise that you want to get stronger at. Tricep bars are obviously better at gaining strength on hammer curls—because you can’t do hammer curls with an EZ bar.

In terms of progressive overload, both bars are equal because you can add small weight plates to either side in order to increase the resistance in manageable increments.

Since EZ bars typically have a higher starting weight, however, you could argue that tricep bars are better for gaining strength faster initially because you won’t be lifting as much weight by default.

As mentioned in this tricep bar vs EZ curl bar comparison, the main difference between the two bars is that tricep bars have neutral grips, whereas EZ bars offer both semi-pronated and semi-supinated grips.

While it’s true that some tricep bars have two grip options, the slanted grip isn’t usually worth using because the completely neutral grip is better for just about every exercise.

Overall, one isn’t better than the other because they both serve different purposes. Nonetheless, If I could only buy or use one bar, it would definitely be the EZ bar because it has far more exercise options than the tricep bar.