8 reasons why your triceps won’t grow 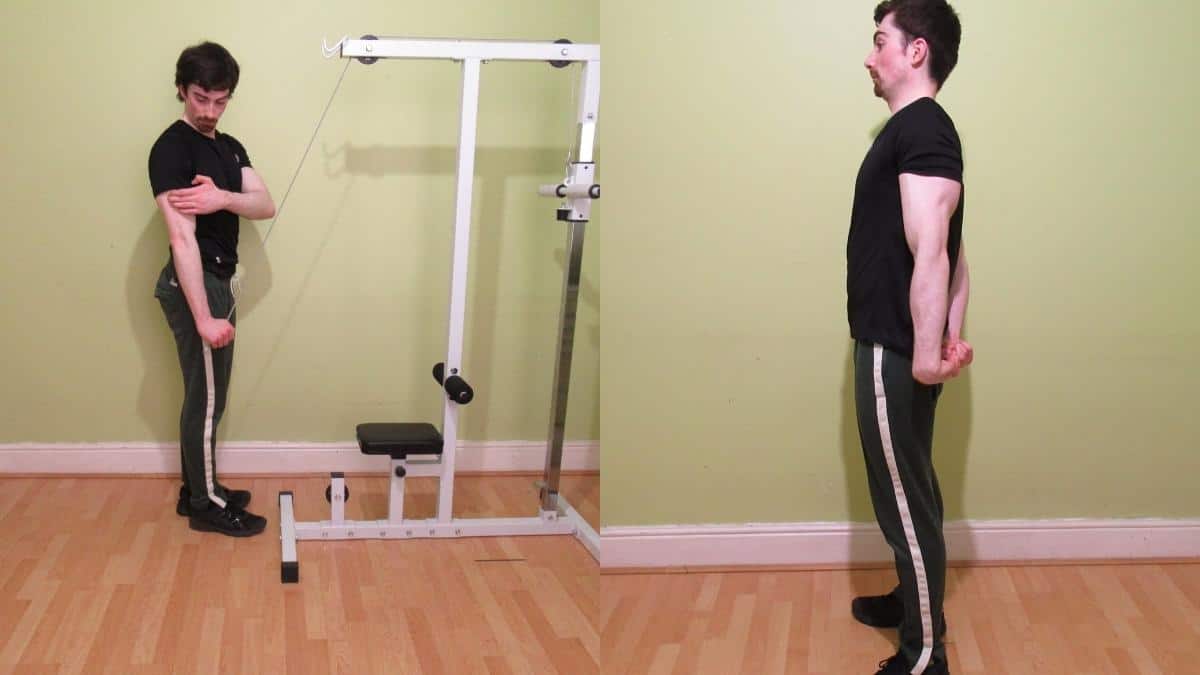 If your triceps won’t grow, then it’s likely that either your workout routine or diet are suboptimal in some respect. The good news is that by making a few alterations to your program, you should be able to get your triceps growing again.

Table of Contents show
8 reasons why your stubborn triceps won’t grow
1. You’re relying on compound presses
2. You’re not training the long head properly
3. You’re not doing enough training volume
4. You’re doing too much training volume
5. You’ve neglected progressive overload
6. You have bad tricep genetics
7. You’re eating in a calorie deficit
8. You’ve reached your genetic potential
The verdict: What should you do if your triceps are not growing?

Here are 8 reasons why your triceps are not growing. You’ll learn how to rectify each problem so that you can get the gains pouring in again.

If you’re strong on the bench press, particularly the close grip bench press, then you definitely won’t have weak triceps. After all, as a fast-twitch muscle group, the triceps responds excellently to heavy, low rep, explosive lifting.

However, compound presses don’t work the long head of the triceps that well. So if you’re not doing any tricep isolation exercises, then your tris will eventually stagnate in development.

A good idea is to start your session with some kind of heavy press and then do isolation exercises like pushdowns, overhead extensions, and skull crushers. This way, you’ll be working every head of your triceps optimally.

While many people realize that the triceps is a three-headed muscle, not everyone knows how to train the long head optimally. As mentioned, presses don’t work the long head very well at all.

Since the long head acts on the shoulder joint, you need to do a tricep extension while your shoulder is either flexion or extension in order to train it properly.

Overhead extensions are the most obvious exercise in this regard because they train your triceps while your shoulders are in maximum flexion, which puts the long head of your triceps under a massive eccentric muscle stretch.

However, what few lifters realize is that they’re missing out on big tricep gains by not doing a tricep exercise—kickbacks—where their shoulders are in extension. Kickbacks are the opposite of an overhead extension because they train your tris when they’re maximally contracted rather than fully stretched.

You won’t be able to lift much weight on kickbacks, but by working your triceps in a position that they’re naturally weak in, you’ll be stimulating muscle fibers that most people neglect, which could help to get your triceps growing again.

If you’ve been training your tris for years already, then they might have a high volume tolerance and thus require more sets to continue in their development.

If you’re currently only training your triceps once per week, then start working them twice per week so that you can give your tris a more regular hypertrophic stimulus.

There’s no need to add massive amounts of sets, either. Simply splitting up your current sets into multiple sessions will enable you to perform more training volume because you’ll be fresher on your subsequent weekly sets when you have a few days of rest in between sessions.

4. You’re doing too much training volume

If your triceps won’t grow, then there’s a chance that you might actually be doing too much training volume. This is the converse of the scenario above and a more common occurrence than many lifters think. Let me explain why.

If your triceps can’t recover from one session to the next, then they won’t be able to produce as much force as before, which results in them getting weaker.

To be sure, you need to train hard to get results. But there’s no need to go to failure or do endless sets for your triceps. After all, they’re a relatively small muscle that gets worked a ton during any kind of pressing exercise.

Instead, I recommend leaving 1-2 reps in reserve on each set and doing a very modest amount of weekly sets. Focus on getting stronger on a few key exercises rather than trying to blast your triceps with every isolation exercise variation that you can think of.

So many gym bros train their triceps with endless sets of what I’d have to call pump work or junk volume. To them, progressive overload finishes a distant second to the pump, meaning that they often lift the same weights for months, years, or sometimes even for the entirety of their training careers.

If you’re a pump-obsessed lifter, then you might get better results by doing fewer weekly sets but with a bigger focus on progressive overload and using good form.

Getting a pump may make your triceps look temporarily bigger, but if you want to experience a true triceps transformation, then you need to get stronger sooner or later.

After all, if you gain strength on an isolation exercise, then it must be because the target muscle got bigger!

6. You have bad tricep genetics

Some people are all biceps no triceps; others just have bad arm genetics in general.

But what do I really mean by bad tricep genetics?

On the one hand, you might have bad triceps insertions. Poor insertions can make your triceps look smaller than they actually are, and sadly, there’s very little you can do about this.

Of course, given enough muscle mass, your triceps won’t look small no matter how bad your insertions are.

Conversely, you might just have a poor ability to put on triceps size. If you have long arms, it can take a while to fill out your frame, which could make your triceps look small.

7. You’re eating in a calorie deficit

There’s no need to stuff your face to make gains, but many naturally lean lifters could benefit from consuming more calories to fuel their workouts and subsequent muscle growth.

Of course, if there are issues with your actual tricep training, then all the calories in the world might not make much of a difference. So make sure that you’re training all three heads with enough volume before you up your calories.

While I’m not convinced that there’s an actual genetic ceiling, muscle growth definitely slows down as you become more advanced.

So if you think that your triceps aren’t growing, it could just be that their development has slowed down to a point where your gains are no longer detectable.

Of course, if your triceps aren’t that big, then it’s doubtful that you’ve reached any kind of genetic limit. While everyone has different capacities for muscle growth, just about anyone can get their triceps growing again by getting stronger while lifting with good form.

Much of the time, exercising your patience is the most important thing.

The verdict: What should you do if your triceps are not growing?

If your triceps aren’t growing, then first, take a look at your training. You should be doing at least one exercise that targets the long head of your triceps, as this head has the most growth potential.

Ideally, you’ll do one movement that works your triceps in a stretched position (overhead extensions) and one exercise that trains them in a contracted position (kickbacks).

Heavy presses work the lateral and medial heads, but for maximizing your triceps development, you definitely want to be doing some kind of pushdown as well, which will afford you a better mind-muscle connection.