Or are they a complete waste of your gym time? 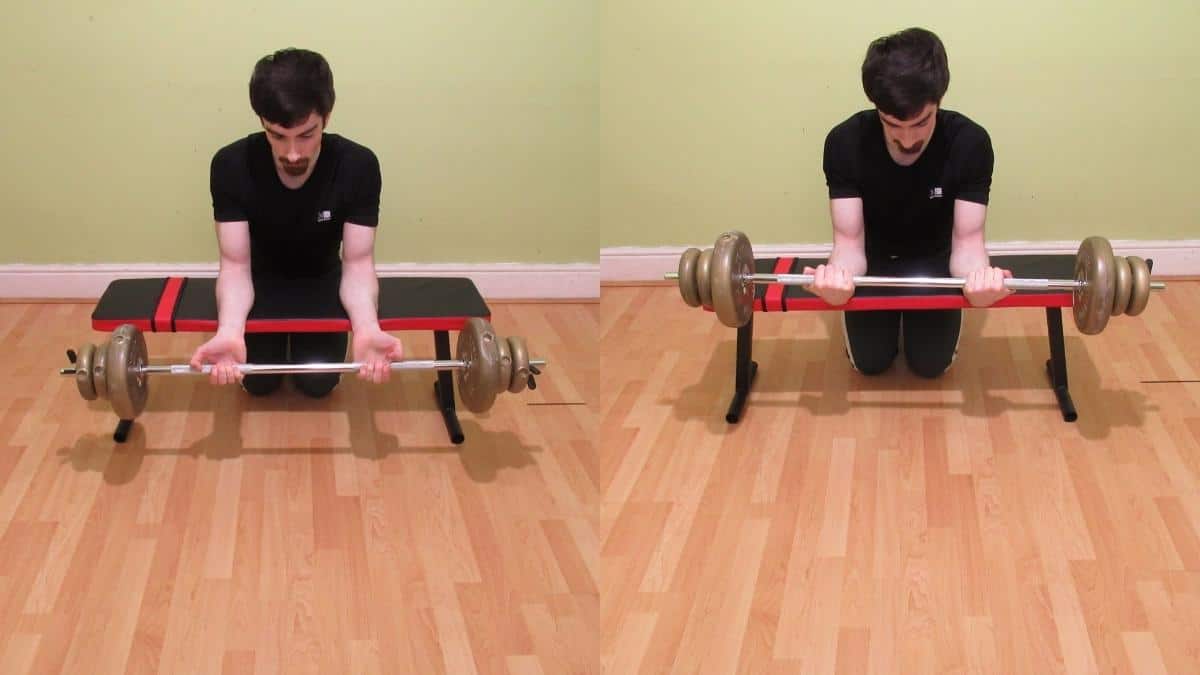 One thing’s for sure, the forearm anatomy is complex and interesting. But one thing that I always wondered as a novice lifter was this: do I need to do separate forearm exercises?

And if the answer is yes, is it actually worth doing forearm exercises considering that pretty much every back and bicep movement already works your forearms?

The answer, like most things in fitness, depends. But I’m not going to leave you hanging. I’m going to explore the pros and cons of doing direct forearm training right now. So let’s get started.

Muscle growth and maximum muscle growth are two very different goals. The first you can accomplish via a generic strength training routine. But, to get truly huge, you usually need to perform a mix of compound and isolation exercises.

Because isolation exercises, such as forearm curls, ensure that the target muscle is the limiting factor.

For a muscle to grow optimally, it needs to be the limiting factor in at least one exercise.

Let’s take chin ups as an example. They’re a great mass builder for the lats and biceps, and they also challenge your grip. But are your forearms going to give out before your upper arms?

No, they’re not. And as such, they won’t get the same growth stimulus if you rely on them or similar back-focused compound lifts to build your forearms.

The exception is if you do a lot of manual labour, in which case you might end up with blacksmith’s forearms.

Want to pull big numbers on the deadlift?

You’ll need a strong set of glutes and spinal erectors. But, unless you’ve been gifted with a naturally crushing grip, you’ll need to train your forearms directly so that you can maintain a firm grip on the barbell.

Of course, you can use straps when attempting new deadlift maxes. But still, if your point of contact with the bar itself (i.e., your grip) is weak, then you won’t radiate as much tension down the kinetic chain to the other pulling muscles.

This is also why it’s a good idea to squeeze the bar tightly during the bench press, for example. It helps to engage the prime movers more.

So to answer the question, yes, if you’re doing heavy pulls, then you should do some direct grip training. You don’t necessarily have to do traditional hypertrophy exercises like wrist curls, though.

Does training forearms directly have any negative consequences?

And I still stand by that claim.

However, if you obliterate your forearms the day before a new deadlift 1RM attempt, then you’re shooting yourself in the foot. Since muscles can take a while to recover if you train with a high volume or perform novel exercises, you’ll be temporarily weaker until supercompensation occurs. Depending on how advanced you are, that could take anywhere from 12 hours to a week.

Also, if you don't train them evenly, then you might end up with one forearm bigger than the other, and nobody wants that.

For me, I always get the best results when I isolate muscles. While heavy compounds can certainly add mass to your forearms, if you want the fastest possible results (who doesn’t?), then it pays in gains to do special forearm isolation exercises. [1]

If the forearms are a severe weak point for you, then you may even want to train them in their own session so that they have the most force output, which is to say when their strength hasn’t been hindered by other exercises that require their service.

The forearm is home to countless muscles, and while the major ones might grow from pulling and curling, to really bring out that show-winning detail, you need to isolate your lower arms.

Every time you flex your forearm, you should also mentally contract the muscles. When you can purposely contract your muscles on demand rather than just have them contract as a consequence of you lifting the weight, then you know that you have a solid mind-muscle connection.

In my experience, the stronger the mind-muscle connection is, the more forearm detail the trainee gets rewarded with. Body fat levels permitting, of course.

Let me preface this by saying that you’ll only realize this wrist strengthening benefit if you use the proper form. There are no awards for setting a new 1RM forearm curl world record.

Still, performing forearm-specific exercises is a great way to make your wrist joints accustomed to stress. So if you’re a boxer, cage fighter, or just someone who wants strong wrists, then special forearm exercises are a great way to accomplish just that.

Maybe it’s a coincidence, but people who have those thick vascular forearms always seem to train them directly. And it makes sense. If you’re regularly getting blood into the muscle, then you’re naturally going to improve your vascularity.

Everyone jokes about seeing your first bicep vein and instantly feeling huge, but it proves the point: vascularity makes your forearms look more impressive. [2]

And high rep forearm training is one of the best ways to accomplish that, especially when you squeeze the muscle belly hard during every rep.

You’ve got the big chest and the huge arms. Your legs can barely fit into your trousers. You go to shake your new boss's hand, and then he instantly starts laughing to himself.

You’ve got the handshake of a little girl.

What’s the point in having an aesthetic physique if you don’t have the strength to go with it?

While many pro bodybuilders surely have a crushing handshake, many natural lifters completely ignore grip training. [3] And I can’t understand why. A strong grip says a lot about what kind of man you are. A man with a strong grip is a man that means business. You wouldn’t want to mess with him.

So, train your forearms separately, but train them with grip strengthening exercises rather than bodybuilding style exercises because then you get the best of both worlds; more forearm mass and a stronger grip.

Ever seen someone with gigantic biceps and comparatively tiny forearms?

I sure have. And you know what?

It looks ridiculous. Unless you want to become a viral gym meme, then I suggest doing some kind of direct forearm work if your lower arms are indeed a weak point.

The verdict: Are forearm exercises necessary?

Personally, I always do separate forearm exercises since the forearms are such a visible muscle group.

Importantly, though, I don't rely on the traditional bodybuilding exercises to get my gains. While these movements may work for the chemically-enhanced juice heads, they’re not great mass builders, in my experience.

Building a freakishly strong grip is one of the best methods for concurrently increasing your forearm mass. Plus, tossing around heavy iron is a lot more fun than doing wrist curls over a bench.

So, overall, I’d say that forearm exercises are necessary for maximizing muscle growth and strength development. You just don’t need to do the traditional “pump up” bodybuilding exercises, that’s all.