Arm vs forearm: How are these similar body parts different?

There are 3 differences that we can think of. 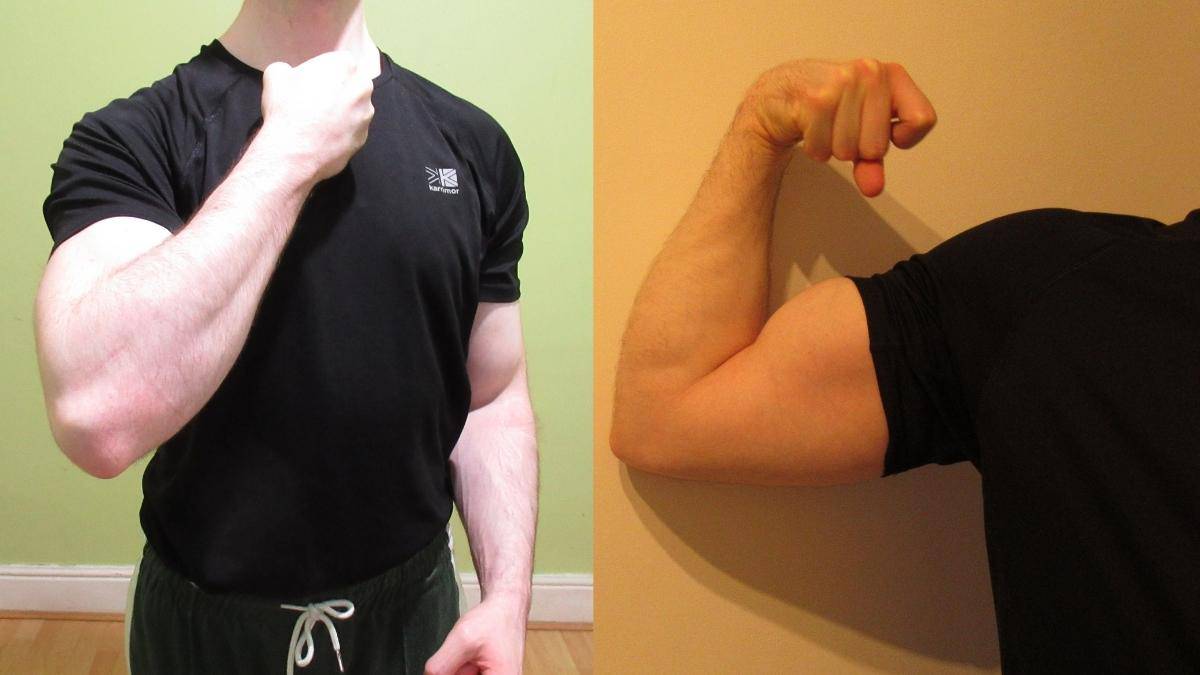 If the forearm is part of the arm, then what’s the difference between your forearm and your arm?

As someone keen on having firm definitions in place, I pondered this question for years. And in this arm vs forearm guide, I’m going to explore the differences in anatomy, strength, and injury potential, as well as the differences in semantics.

But to give the short answer now: the arm refers to the upper arm (biceps and triceps) as well as the forearm. Comparatively, the forearm describes just the muscles of the lower arm from the elbows down to your hands.

It’s important to have a decent grasp of basic upper body anatomy to understand the key points of this whole forearm vs arm debate. So let’s get into it.

The upper arm, which extends from your shoulder down to your elbow, consists of the biceps, triceps, and brachialis. However, most people simply refer to this part of the human arm as the arm (not the upper arm).

Being a more general term, however, the arm technically also encompasses the forearm since the forearm is, in fact, the term used to describe your lower arms.

Some people would also class the shoulder as part of the arm seen as many muscles originate there. Moreover, the shoulder, anatomically know as the glenohumeral joint, helps the arms to rotate.

Anyone with even a rudimentary knowledge of anatomy and physiology will tell you that the biceps and triceps have a larger surface area and are thus stronger than the forearm. However, as you’ve seen so far in my forearm vs upper arm discussion, things aren’t always quite as simple as the textbook would have you believe.

From a practical perspective, the forearms need to be strong with excellent endurance since we use them repeatedly in our everyday lives to hold our children, type on the computer, and shake protein In those weird bottles.

Also, because bicep and tricep exercises typically have a much larger range of motion (ROM) than, say, wrist curls, some people are actually stronger on forearm exercises than they are on upper arm movements.

In this sense, training the forearms is like doing shrugs for your upper traps; the range of motion is small. And when you have a small ROM, you naturally have less time under tension which actually means that you can lift more weight.

The ease of injury depends largely on your genetics, lifting technique, and exercise selection.

In my experience, however, the upper arms are much easier to injure than the forearms because the surrounding joints and tendons aren’t as adept at handling high training volumes.

For example, even if they use proper form, many people still experience elbow discomfort during triceps extensions.

But with a controlled forearm curl, it’s quite hard to hurt yourself unless you’re ego lifting or just have particularly weak wrists.

By far the biggest determinant of injury, though, is your training volume. Think about it for a second.

The more volume you do, the more time you’ll spend in the gym.

The more time that you spend lifting, the more likely an injury is to occur.

In other words, I’m more likely to get injured if I do 20 sets than if I just keep it chill with 5 sets. That’s just how probability works.

Forearm vs arm: Recap of the key differences

As we established, the arm describes all the muscles of your upper limbs, including your forearms, biceps, triceps, and brachialis. You can even include your shoulder in that description, as that’s where many of your arm muscles actually originate from.

As for the forearms, they’re very much a separate entity. They don’t include your upper arm muscles, and their territory extends from the elbow all the way down to your hands, which is where some of the finger flexors and extensors actually insert.

I hope that this upper arm vs forearm discussion was helpful. And hopefully, you can better understand how your body works.