How to do lateral bicep curls

Learn why the lateral bicep curl is a suboptimal exercise. 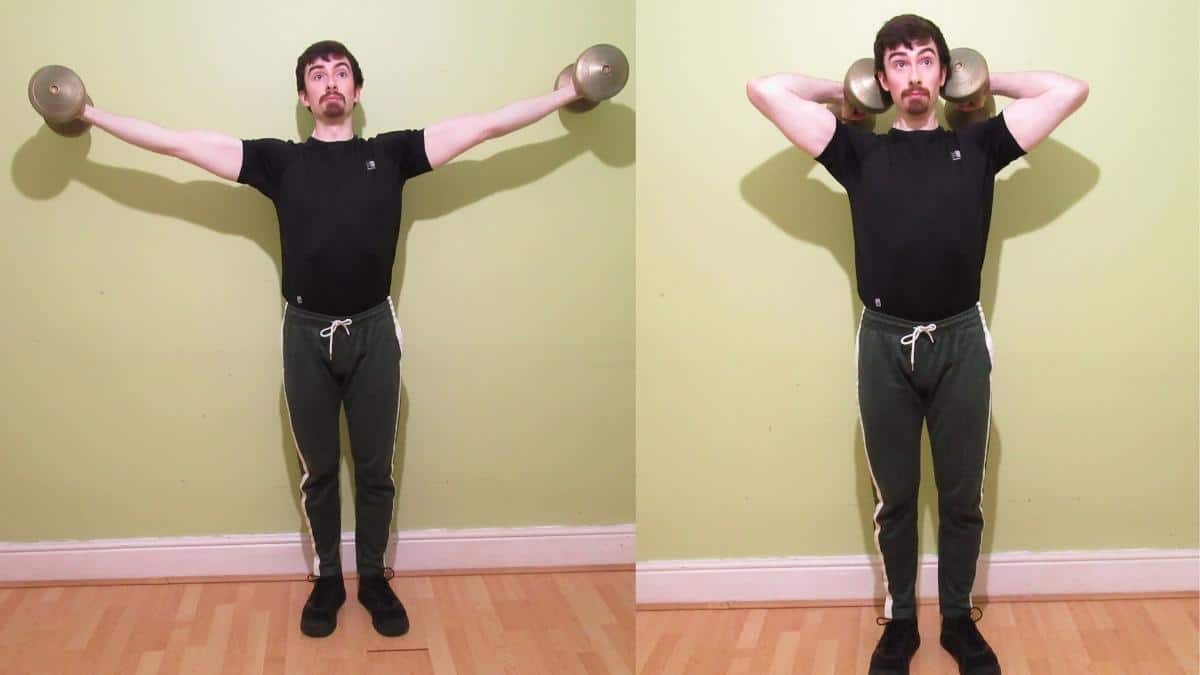 Lateral curls work the biceps brachii muscle in addition to the brachialis, brachioradialis, and shoulders. Like the traditional arm curl, there are multiple ways to do what you might term a lateral bicep curl. As such, this guide contains tutorials for three different lateral curl variations so that you can find what you're looking for.

How to perform lateral bicep curls

Lateral bicep curls can be any number of different exercises depending on who you ask. Therefore, to clear up any confusion, we created guides to three of the most common lateral curls (including the one above) that you can do with a simple pair of dumbbells.

This type of lateral curl is ideal for improving your overall bicep mass, though it does bias the tension toward the short (inner head).

It's also much better than traditional lateral curls where you lift the weights with your shoulders elevated because, in that version, the deltoids tend to give out before the biceps, which means that the true target muscle is left understimulated.

If you want to build your biceps and sculpt your shoulders simultaneously, then the bicep curl to lateral raise is an excellent exercise for the job.

The only downside is that since you can curl more weight than you can lateral raise, your shoulders are bound to give out before your biceps. So while this movement is great for getting a pump in a short amount of time, it's not necessarily worth it if you want to optimize your bicep growth.

To begin, hold a pair of light weights by your sides with an underhand grip.

Curl the dumbbells toward your front delts by flexing your biceps. Squeeze your biceps at the top of the rep and then immediately lower the weights back down. Then, rotate your wrists into a neutral position and perform a lateral raise—lift the weights out to the sides until your shoulders are at 90-degrees and then lower them back down. This is one rep. Do 3-4 sets of 6-12 reps.

You can also do the forehead curl if you want an exercise that has plenty of shoulder movement but which mainly works the biceps.

Conclusion: Which lateral bicep curl should you do?

The lateral bicep curl is either a mediocre or excellent exercise, depending on which version you do.

For example, many lifters believe that the first variation is effective because you're curling with your shoulders raised, which essentially mimics a flexed bicep pose. However, the biceps aren't actually under much direction tension in this position. Despite having curl in the name, this exercise works the deltoids much more than the biceps.

Therefore, it's a far better idea to do the second variation of lateral bicep curls that we showed you (curl the weights with your arms pinned into your sides). This positioning enables you to curl with very strict form and completely removes your deltoids from the equation. As a result, you can focus purely on working your biceps, meaning that you'll achieve much better results.