Are you wasting your time with dumbbell high curls? 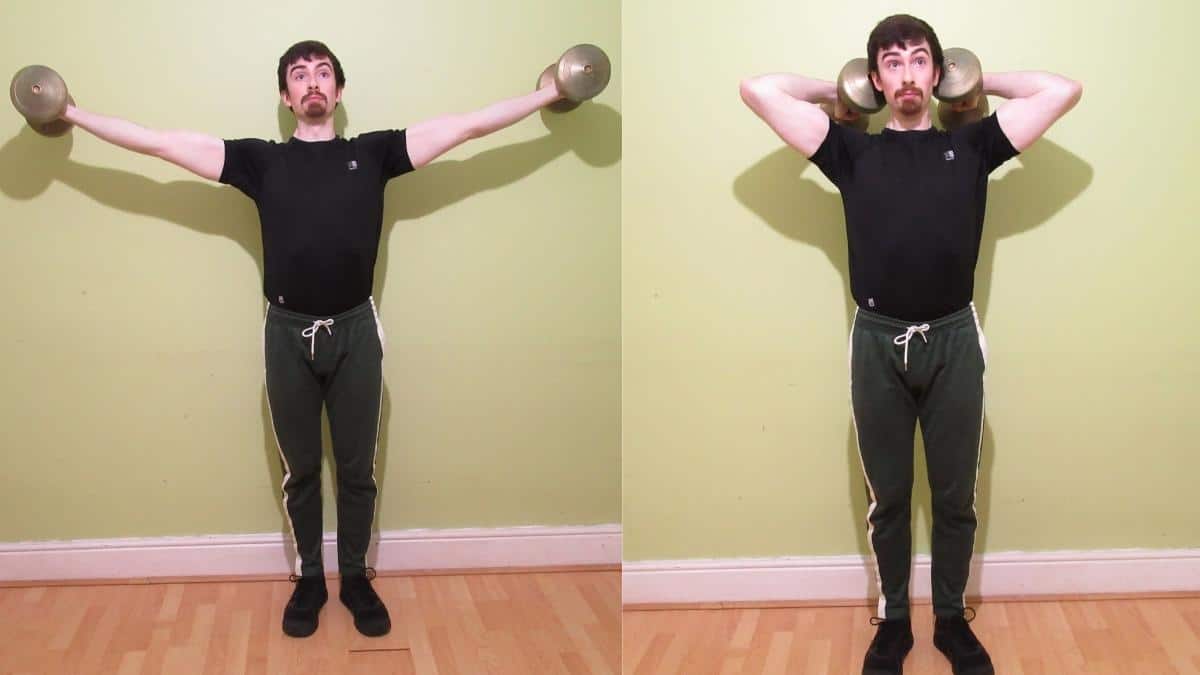 By understanding the anatomy of the biceps, we immediately learn that in addition to forearm supination (turning your palms up) and elbow flexion (moving your forearm toward your bicep), the biceps also perform shoulder flexion (think front raises).

Knowing this, the dumbbell high curl seems like the optimal bicep builder because it trains all three of these functions simultaneously. However, as you'll soon learn, doing high curls with free weights is a recipe for sore shoulders and understimulated biceps.

You're much better off doing a proper bicep curl with your arms by your sides if you want to build muscle while keeping the strain off your rotator cuffs.

How to do dumbbell high curls

As you probably guessed from the intro, we're not overly fond of dumbbell high curls because they don't train the biceps very well. If anything, they're an isometric exercise for the deltoids (and not a particularly good one either).

Holding your shoulders in a flexed position while you do bicep curls is no easy task. It's so hard, in fact, that your deltoids might actually give out before your biceps (if you haven't already realized that the exercise sucks by that point). What muscle group does this exercise work again?

Pro: It's good for bodybuilders

Since the dumbbell high curl is essentially a weighted front double bicep pose, it actually has some merit for bodybuilders. Not for building muscle, of course, but for getting you used to holding your arms in a flexed position.

Con: There's not much bicep tension

Gravity is both a blessing and a curse. On the one hand, it keeps our feet on the ground, but on the other, it makes exercises like dumbbell high curls completely ineffective—for the biceps, at least. And that's because your shoulders are supporting the majority of the weight. In fact, the only reason why you feel your biceps working at all is that they assist your shoulders in stabilizing the weight.

Con: It smokes your shoulders

If you want to test the muscular endurance of your shoulders, do the dumbbell high curl. Your biceps might not get much stimulation, but at least your deltoids will be on fire. Is that what the gym bros meant by muscle confusion?

The verdict: Is the dumbbell high curl worth doing?

In all seriousness, you should probably avoid the dumbbell high curl if you want to build your biceps. Despite the large elbow flexion component of the exercise, high curls mainly work your shoulders, and even then, only in an isometric fashion.

On the other hand, if you merely want to practice your front double bicep pose with some weight, then dumbbell high curls may have some merit. But for actually building muscle, you should steer well clear.