Have you tried these 5 Scott curl variations yet? 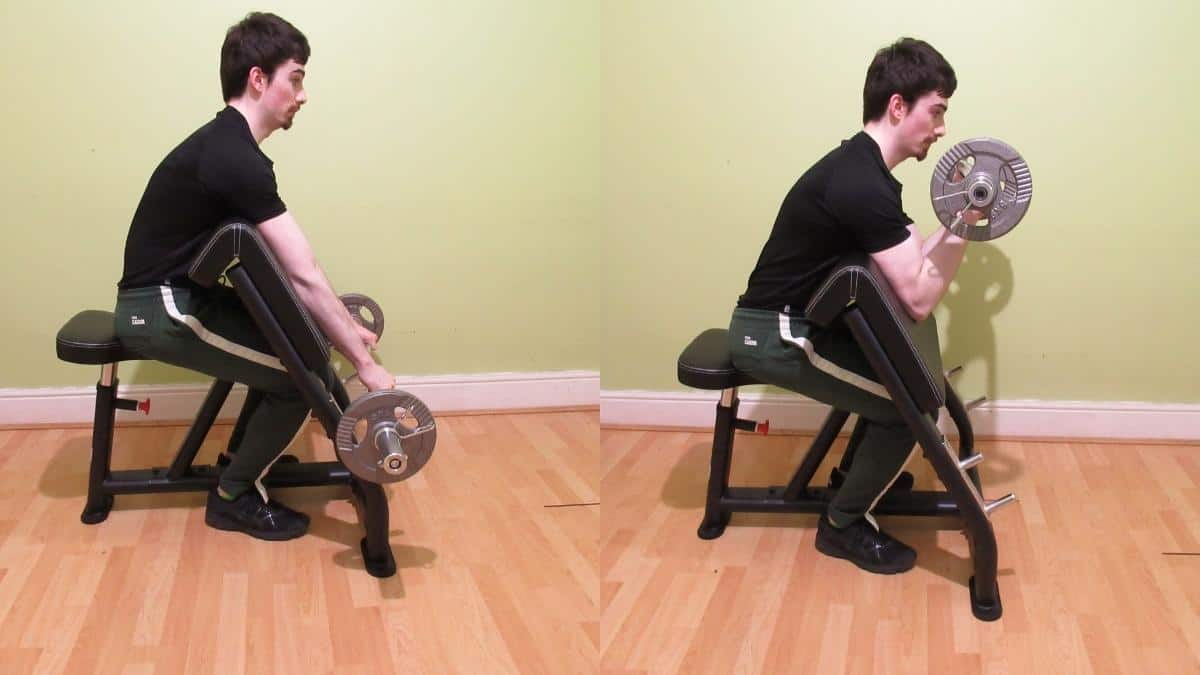 What is a Scott curl? A Scott Curl is an isolation exercise that works the biceps. It's named after two-time Mr. Olympia winner Larry Scott, who was noted for having exceptional bicep development.

To perform the movement, you'll need a Scott bench and some weights. There are more than five variations of Scott curls to choose from, and we'll discuss the pros and cons of each version in just a minute.

How to do Scott curls correctly

You just learned the proper preacher curl form above, and that's because the Scott curl and the preacher curl are the exact same exercise.

Bu then why do you hear people calling this movement a Scott curl? This is because Larry Scott attributed preacher curls as the reason for achieving his impressive bicep size and shape. Hence the association of the exercise with his name. [1]

As mentioned, there are more than five types of preacher Scott curl that you can perform to beef up your biceps. Some of the variations work muscles that other versions don't, so you can definitely include more than one Scott curl exercise in your workout routine.

The barbell Scott curl is a tremendous mass-building exercise for developing big and well defined biceps. Using a straight bar enables you to lift significantly more weight than you otherwise could on Scott dumbbell curls.

The main benefit, however, is that the barbell Scott curl forces your forearms into a fully supinated position throughout the entire repetition. Since forearm supination is one of the two primary bicep functions, curling with your arms in this position really makes your biceps work because they receive a full contraction on every rep.

The downside is that curling with fully supinated wrists can cause discomfort for many lifters, especially when lifting heavy. This is because forcing your forearms and wrists into a fixed position for extended periods of time is highly unnatural. After all, we don't walk around with our palms facing forward; we just let them hang naturally.

The dumbbell Scott curl, also known as the one arm Scott curl, is an ideal exercise for improving the size and symmetry of your biceps and one that's featured in our chest and bi program. Since the movement has you train each arm independently, it's a handy drill for correcting your muscle imbalances and sculpting a more proportional upper body.

You can lift both dumbbells together if you'd like to save time. But if you want to get the most bicep stimulation from the exercise, then I recommend sticking to the one arm version. This is because you can naturally bring forth a stronger mind-muscle connection (and greater force output/strength) when you only need to focus on working one bicep at a time.

Honing in on an individual muscle ensures that the target area receives the lion's share of the tension and that it grows bigger and stronger as a result of your dedication to maximally isolating it.

Reverse Scott curls primarily work the brachioradialis and brachialis muscles because the exercise places the biceps at a mechanical disadvantage. This is another way of saying that the biceps can't contract as effectively due to the pronated grip that you're holding the bar (or dumbbell) with.

Not many people perform this exercise, but if you want to develop your forearms, then it really is a great preacher curl substitute because the pad makes it virtually impossible to cheat the weight up. As a result, your brachioradialis and brachialis get to enjoy—and grow from—the vast majority of the resistance.

The Scott hammer curl is very similar to the Scott reverse curl. The main difference is that you can lift heavier on hammer curls because the biceps and brachioradialis are stronger when your forearms are in a neutral position than when they're in a pronated position.

On the other hand, you can lift lighter weights with slower tempos if you want to focus on bringing up your brachialis, which is a muscle that can make your biceps look wider when well developed. This is because the brachialis is a slow-twitch muscle that's naturally very fatigue-resistant, hence the need to tire it out with higher repetitions and slow negatives.

If you want to challenge your biceps with constant tension, the cable Scott curl is where you should focus your attention. This exercise forces your biceps to work intensely through the whole set. Therefore, it's unsurprising that the movement results in one of the most extreme muscle pumps that you're ever likely to experience in the gym.

The drawback, of course, is that setting up the cable Scott curl is easier said than done if you train at peak times. So if you can't get the Scott bench and a cable column at the same time, you can just use the backrest of an adjustable bench to support your arm while you curl.

The verdict: Should you do Scott curls for your biceps?

Scott curls are one of the most effective exercises for isolating your biceps because the pad doesn't let you cheat the weight up with your other muscles when the going gets tough. As such, you're more likely to achieve new biceps growth by doing the barbell or dumbbell Scott curl because most of the tension is getting directed toward the target muscles.

For best results, try the different types of Scott curl to see which variation you like the most. Some versions will enable you to lift heavier, while others provide better bicep isolation, so there's no right or wrong exercise to include in your routine.