Do this old-school powerlifting curl to test your true bicep strength. 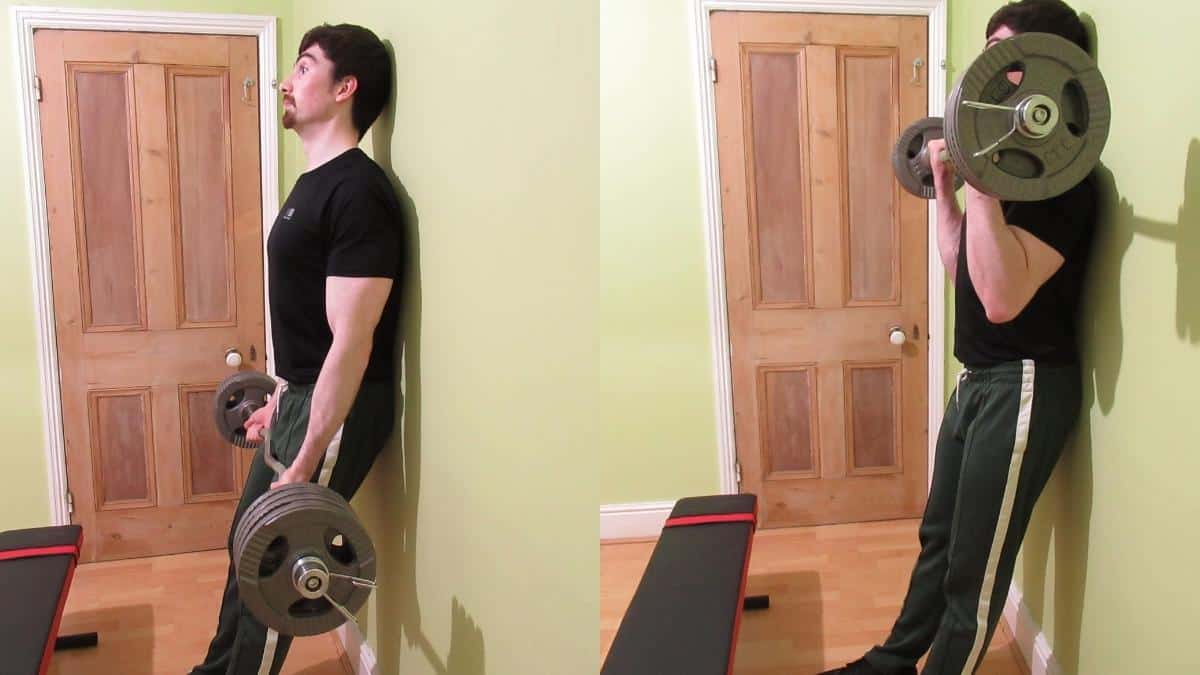 The strict curl is the ultimate test of bicep strength because the biceps brachii muscle flexes the elbow and supinates the wrist, which are the two components of a strict bicep curl.

Strict curls are the opposite of straight bar cheat curls because the former is a pure isolation exercise. Both movements, however, are useful for testing your elbow flexion strength, something which has gained significant popularity in recent times.

If you have scrawny biceps, then you'll never be able to perform the heaviest strict curl that you're capable of. It's that simple.

While Olympic lifters might be able to squat and clean a lot of weight; it's bodybuilders and strongmen that tend to have the best strict curl strength. And that's because they're also the athletes with the most bicep size.

The strict curl is living proof that size and strength are much more similar attributes than many lifters think. All else being equal, a bigger muscle is a stronger muscle.

Of course, performing strength-specific routines will help you to get stronger faster than doing a hypertrophy program. However, the fact still remains: You need large biceps if you want even a remotely good strict curl.

How often should you do strict curls?

As we just established, the strict curl is a combination of bicep strength and size.

Yes, you need the mass to physically move the weight from point A to point B. However, you also need to ingrain the correct movement pattern into your brain so that you can lift the weight as efficiently as possible. This is the neural side of strength; muscle size is the physiological part of the equation.

Aim to practice the strict curl twice per week. All else being equal, the more frequently you perform a movement, the more skilled you'll become at it. However, since we're dealing with heavy weights, there's a sweet spot because muscles need time to recover.

A twice per week strict bicep curl frequency gives your muscles plenty of time to recover while also allowing you to practice the exercise with sufficient regularity.

Is the strict curl a powerlifting lift?

Usually, the strict curl isn't a part of a powerlifting meet. However, that doesn't mean that strict curls aren't a good test of strength.

Powerlifting started out as a collection of "odd lifts," which often included curls and overhead presses. To this day, there are still push-pull meets that often substitute the squat for the strict curl, although this is the exception rather than the rule.

Perhaps making the strict curl a part of the meet would encourage more bodybuilders to try powerlifting.

Conclusion: Who should do strict curls?

The strict curl is for you if you want to see how strong your biceps really are.

While it might be tough on the gym bro ego at first, the strict curl gives you an accurate idea of your true bicep strength because it eliminates virtually all of the momentum from the movement.

On the other hand, you can do strict curls with lighter weights for multiple reps and sets if you actually want to build your biceps instead of testing your one-rep max strength. After all, the curl is an isolation exercise, so anything that you can do to keep it that way will enhance your bicep stimulation and the resulting muscle growth.