How to do twisting supinated curls for your biceps

Intensify the peak contraction by putting a twist on your supinated bicep curls. 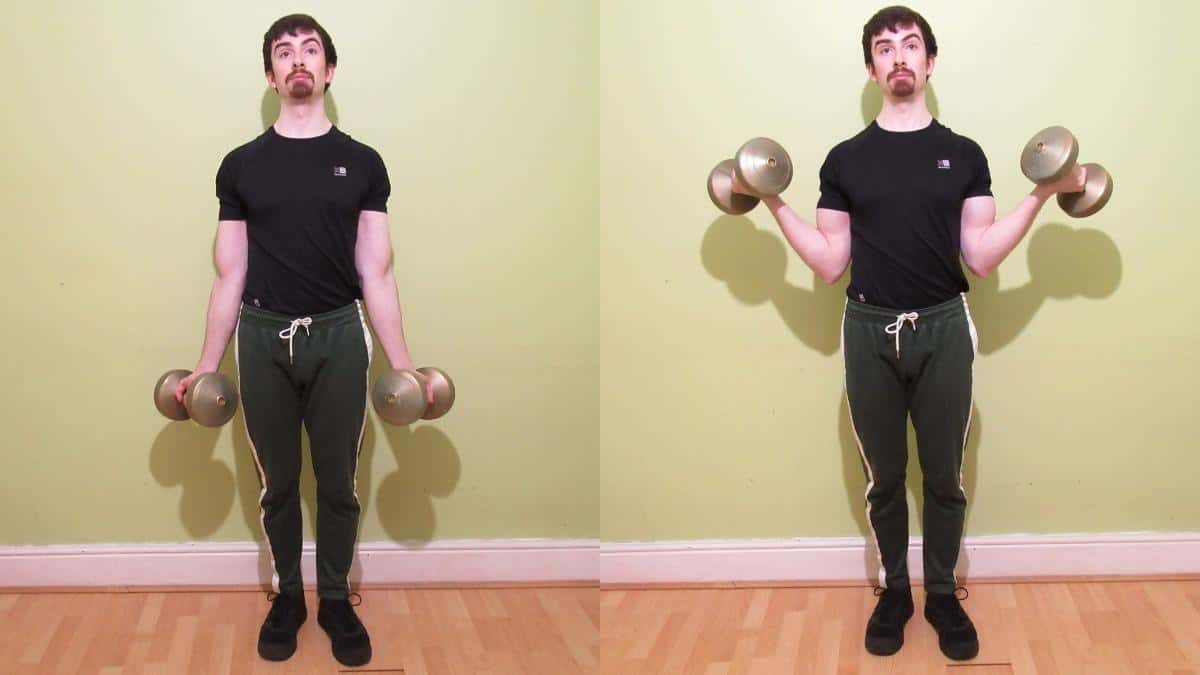 Supinated curls are a valuable exercise for anyone in pursuit of optimal biceps development. This is because, unlike in standard dumbbell bicep curls, you have to actively twist your wrist during supinating curls, which results in a much stronger muscle contraction.

This guide shows you how to perform supinated dumbbell curls and then explains why you should put a twist on your curls from now on.

Table of Contents show
Dumbbell supinated curl exercise details
How to do supinated curls
What are the benefits of twisting curls?
Stronger peak contraction
Enhanced mind-muscle connection
Supination curls vs regular curls
The verdict: Should you do regular curls or supinated bicep curls?

How to do supinated curls

What are the benefits of twisting curls?

If you're not yet convinced by the twisting dumbbell curl, then you will be when you understand the magnitude of these bicep-building benefits.

The twist curls exercise produces a much stronger peak contraction than movements like the in and out bicep curl because it forces you to maximally supinate your wrists as you lift the weight. This twisting motion is called forearm supination in human anatomy and, along with elbow flexion, is one of the two primary bicep functions.

So since the supinated curl trains both of these functions simultaneously, it ticks all of the boxes for gaining some serious bicep size.

The trick is to twist your pinky fingers as forcefully as possible so that you can maximally contract your biceps. In other words, you're not simply lifting with supinated palms; you're aggressively rotating your little fingers away from the midline of your body.

You'll feel the difference immediately when you get this rotation right. The muscle contraction will go from being mediocre and unmemorable to being skin-splittingly intense and, some might say, quite spicy. I hope you like lactic acid.

On the other hand, if you just want to build bicep strength, then you can do power curls to rapidly improve your explosiveness, which is a crucial attribute to have if you're a sports player.

As mentioned, performing the supinating dumbbell curl forces you to supinate your wrists to intensify the peak contraction.

Well, not only does this form cue produce a potent muscle pump—which will make your arms look more vascular while you're lifting—it also enhances your mind-muscle connection.

Since you have to put so much effort and intensity into every twist curl contraction, you'll quickly develop a rock-solid mind-muscle connection that you can rely on during other exercises, too, to make them more effective.

This is priceless if you're a bodybuilder because by strengthening your mind-muscle connection with supinating dumbbell curls, you'll be putting the tension exactly where you want it. As a result, you'll never struggle to feel the target muscle working again when doing other isolation exercises.

You can also learn the difference between reverse curls and regular bicep curls to see which is most effective for building your arms. After all, most lifters don't just do one bicep drill and then call it a day; they work their muscles from different angles to trigger more growth.

The verdict: Should you do regular curls or supinated bicep curls?

On a per rep basis, supinated curls force your biceps to work harder than regular curls. So while you could just do more normal curls to compensate for the difference in per rep bicep stimulation, it's much more efficient to perform the dumbbell supinated curl as your primary bicep exercise.

Of course, you can still twist your pinkies to intensify the contraction on standard curls as well. However, many lifters often skip this cue because their palms are already supinated; hence, they don't feel the need, or they forget to forcefully turn their little fingers away from the midline of their body.

So if you want to maximize your bicep muscle fiber recruitment on every set, dumbbell supinating curls are your best bet.