We break down the key differences between these two proven arm-building exercises. 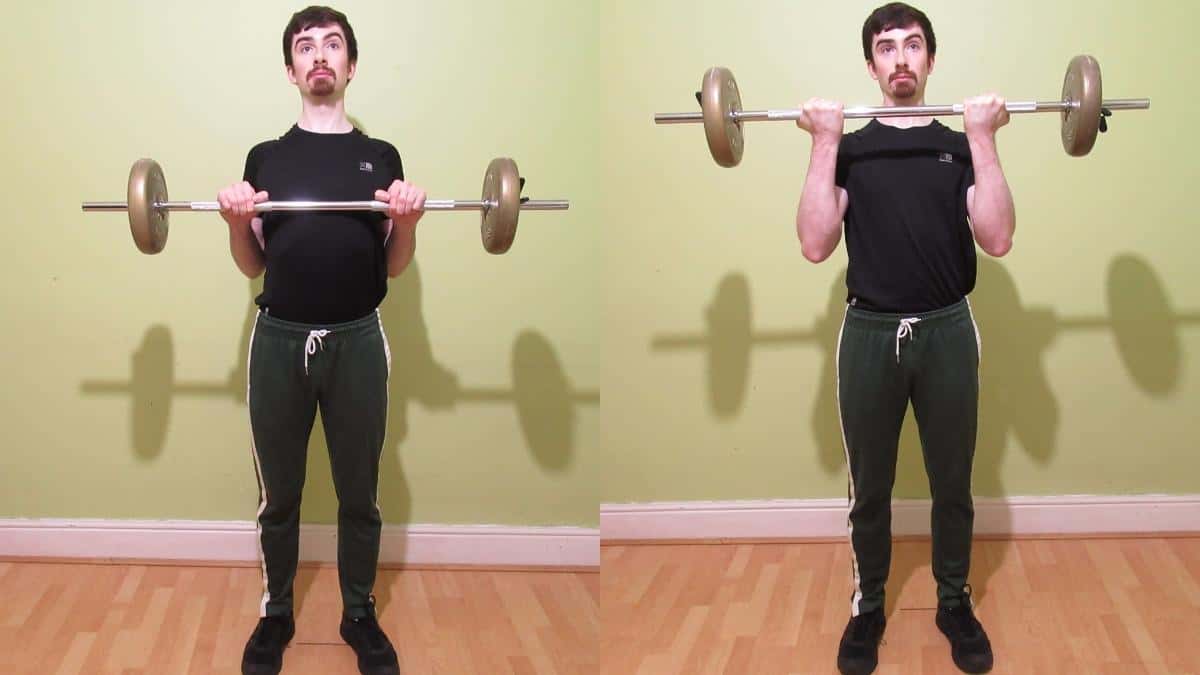 The primary biceps brachii function besides elbow flexion is forearm supination. Since regular curls train both of these functions whereas the reverse curl doesn't, surely supinated bicep curls are the better choice for building muscle, right?

As you'll soon learn in this reverse curls vs regular curls debate, the best exercise for you comes down to which muscles you want to prioritize.

You can also click the link to learn whether you should do reverse curls or hammer curls to optimally develop your arms.

Which one is better for building muscle?

Before deciding which exercise is more effective for building overall mass, let's see which one is best for building each particular arm muscle.

Regular curls are far better at building the biceps because they train both of the bicep functions, which is to say, elbow flexion and forearm supination. Reverse curls, on the other hand, only train elbow flexion.

For building the brachioradialis and brachialis muscles, reverse curls are more effective because by curling with a pronated grip, you're automatically placing your biceps at a mechanical disadvantage. This overhand grip means that they can't supply as much force as they otherwise would be able to in supinated curls; hence your other arm muscles have to pick up the slack and do the lion's share of the lifting.

Similarly, reverse curls target the forearm extensors better than regular curls because these muscles need to contract isometrically in order to keep your wrists straight. [1]

Conversely, bicep curls are superior for training the forearm flexors because your wrists typically flex slightly during underhand curls unless you make a concerted effort to keep them extended.

Which is best for gaining strength?

Regular curls enable you to lift heavier poundages than reverse curls because you have your biceps—as well as your brachialis and brachioradialis—in their prime supinated position to lift the weight.

As for gaining strength, it depends on what kind of strength you're talking about.

If you already have well-developed biceps but comparatively weaker brachialis and brachioradialis muscles, then beefing up the latter two parts of your arms will give you the most significant strength improvements.

This is particularly true in compound movements, where it can be hard to lift maximal weights if you have underdeveloped arm muscles.

If, however, you're talking about adding weight to the bar strength, things are equal because both exercises train the same group of muscles; they just happen to emphasize different regions of the arms. As such, you can gain strength at similar rates.

Should you do pronated curls and supinated curls?

If you're seeking optimal arm development, it's best to do both exercises because they each prioritize different parts of your arms.

Overhand drag curls, for example, emphasize the brachioradialis to a much higher degree than regular curls because they put the biceps in a weak position when they can't produce much force.

On the other hand, if you just did the likes of the weight plate reverse curl without doing any supinated curls, then you'd likely have underdeveloped biceps.

So the wisest course of action is to perform both movements, but not necessarily in the same workout. While you can do them in the same session without issues, it's a good idea to split your training volume over multiple days so that you're not as fatigued when you perform your subsequent sets.

Or to say it another way, you can lift more total weight if you do 5 sets over 3 different days than you can if you did 15 sets upfront. [2]

Both of these exercises can build slabs of muscle if you lift with the proper form. The main difference comes down to the muscles that each movement works.

Start with the exercise that trains the muscles that are most lagging on your physique or those that you want to prioritize the most.

I hope that you found our pronated vs supinated bicep curls debate to be helpful. You'll get the best results from doing both exercises, but if you can only do one drill, pick the movement that most effectively trains the specific muscles that you want to work on.