Will towel curls build your biceps? 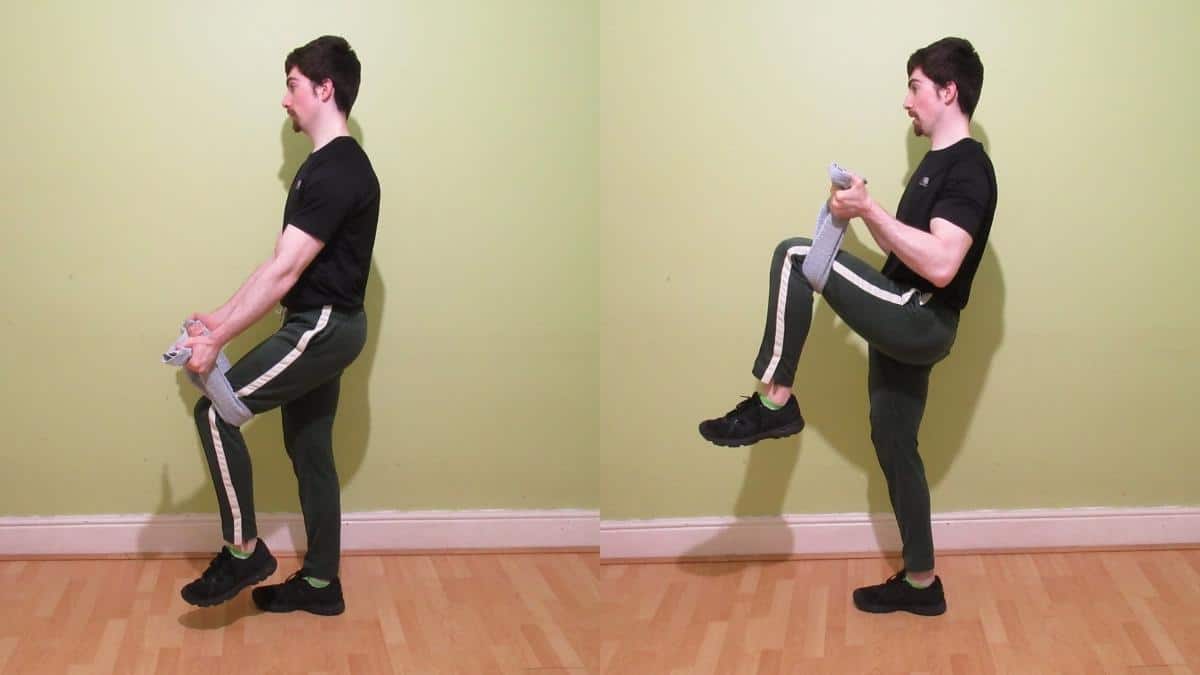 Towel curls train the biceps muscle as well as the forearm flexors, brachialis, and brachioradialis. While they don't provide as much resistance as traditional curls, they're still one of the most effective bicep bodyweight exercises for maintaining your arm size if you can't get to a gym and/or don't have access to free weights.

How to do towel bicep curls

Pros and cons of towel curls

Wondering whether towel curls are enough to maintain your precious bicep muscle? Learn the pros and cons of this convenient exercise to see what towel bicep curls can and can't do for you.

Do you have a towel, a few spare minutes, and a desire to pump up your biceps?

If so, you can do the towel curl exercise, which is basically like doing bicep curls without weights.

You simply loop the towel under your thigh and curl. You can do it standing to increase the calorie burn, or you can perform it seated to really hone in on your biceps.

So whether you want to blast your biceps in between bouts of sunbathing at the beach or whether the gym is closed and you need a good exercise to do, towel curls can give you an effective workout.

You can also do bicep curls with your door if you want to maintain your muscle but don't have access to any equipment.

The heavier your leg is, the more resistance you'll get from towel biceps curls.

For most people, this won't be enough tension to gain any serious size, but it's likely sufficient to maintain your muscle mass for a good while and perhaps indefinitely if you do enough training volume.

You can actually double the resistance quite easily by holding both ends of the towel in one hand rather than two.

This will mean performing twice as many sets, but the additional time commitment will be worth the extra bicep stimulation for most hypertrophy-hungry lifters.

Alternatively, you could do an isometric bicep hold after your set to increase the time under tension and make your towel curls even more challenging.

Performing the towel curl alone might not turn you into a mass monster, but you can get a surprisingly good bicep pump from just a few sets of high rep towel curls.

Aim to perform sets of 20-50 reps and really focus on squeezing your biceps at the top of each rep. This will make your muscles work harder to lift the same amount of resistance, which will actually put more tension on your biceps.

Alternatively, you can perform your reps in a pumping fashion where you lift the towel as quickly as possible. This is a great way to burn out your biceps (as are biceps supersets) and is especially useful if you just want to get a quick pump or don't have time for a full workout.

Read More: How to build your biceps at home

Conclusion: Are towel curls worth your time?

If it's the choice between doing no curls and doing towel curls, they definitely do the towel curl exercise if you want to maintain your biceps. As mentioned, you're probably not going to get huge from doing towel biceps curls alone. But are they sufficient for maintaining your current size?

You can generate a surprising amount of tension by lifting your leg with a towel, especially if you work on your mind-muscle connection as well.

Just make sure to stick to high reps so that your biceps get plenty of stimulation. You can get away with fewer sets and reps when you're lifting heavy, but when you're working with limited resistance, you need to do plenty of sets and reps to compensate for the reduced mechanical tension.