How to do Smith machine curls for your biceps

Avoid these 3 bicep blunders to get the most from Smith machine curls. 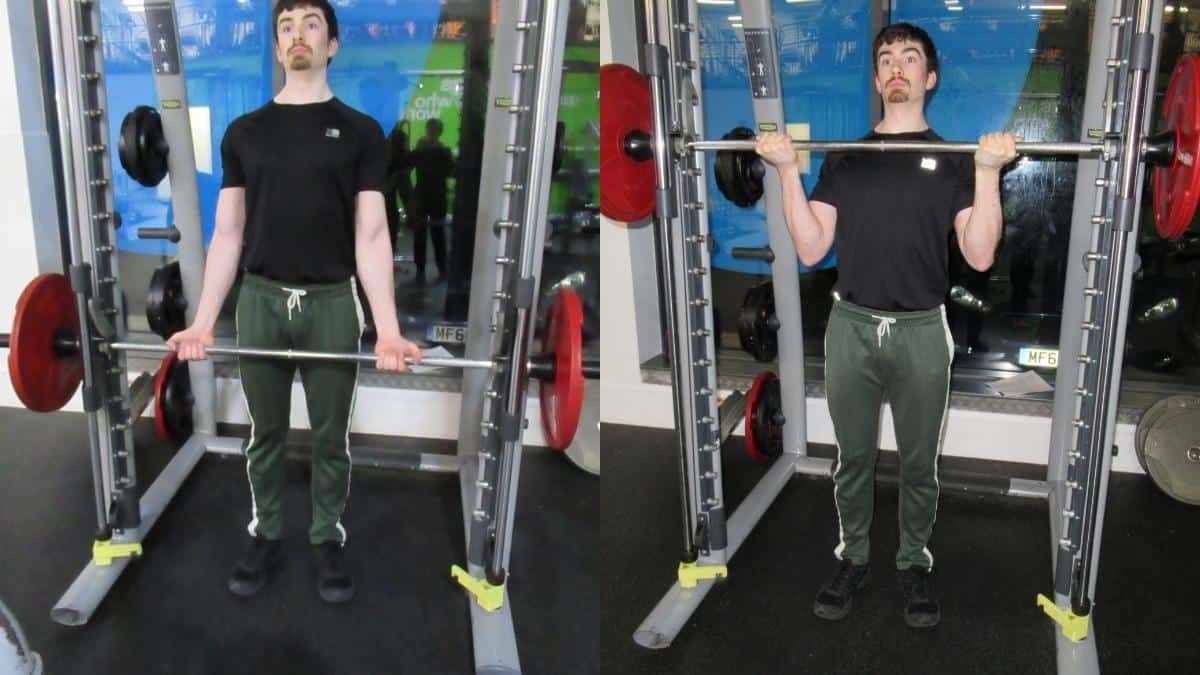 Smith machine curls are an intense and effective exercise for building the biceps. This is because the machine stabilizes the bar for you. As such, you can dedicate 100% of your attention to blasting your biceps and making them grow.

This guide explains how to do the Smith machine bicep curl and then discusses the three mistakes that you need to avoid to get the best results.

How to do Smith machine bicep curls

The Smith machine bicep curl can build plenty of size and strength if you perform it correctly. However, if you make any of these three bicep blunders, then you'll be leaving a lot of muscle growth on the table.

The range of motion for a Smith bicep curl is small to begin with. So why would you shorten it even more by doing half reps?

Don't just stop once your biceps start to tense up. Instead, keep lifting until the undersides of your forearms forcefully press up against your biceps.

Likewise, lower the bar until your elbows are completely locked out. This ensures that your biceps get a good stretch as well as a full contraction.

Performing complete Smith machine curl repetitions will lead to greater hypertrophy because you'll naturally be recruiting more muscle fibers. This is simply because you're placing a more significant proportion of your biceps under tension by doing full reps.

On the other hand, when you do partial rep Smith curls, then a lower proportion of the biceps surface area, so to speak, is benefiting from the resistance.

The perk of doing bicep curls on the Smith machine is that it removes the stabilization requirement from the exercise. As a result, you can focus purely on working your biceps to the best of your ability.

Yet, many lifters mess up in practice by generating momentum with their hips, legs, back, and shoulders (and sometimes all four body parts!) to get the weight moving.

While swinging the bar up may well enable you to lift more weight, your biceps won't necessarily be receiving any extra tension because the additional resistance will most likely be diverted to the muscle groups that you're using to cheat the weight up.

Instead, initiate every single rep of Smith machine curls with your biceps. This entails moving your forearms toward your biceps while keeping your elbows relatively still. In other words, you're performing pure elbow flexion, which, in addition to forearm supination (using an underhand grip), is the primary function of the biceps.

Forgetting about the contraction

This one goes hand in hand with the half rep habit discussed above. However, so many lifters neglect the peak contraction that it's worth mentioning on its own.

With Smith machine bicep curls, you're not curling the bar in an arc motion like you generally do with free weights. Rather, you're lifting the weights straight up and down, which is a bit like doing drag curls on the Smith machine.

You don't actually need the bar to touch your body on this Smith bicep curl variation. However, you should still move the bar straight up and down, something which should actually make the form much easier to master.

The issue is that most people tend to just pump out their reps with little regard for the mind-muscle connection, which leads to sub-optimal bicep stimulation.

To make the most of the Smith machine bicep curl, lift the bar all the way up and purposefully flex your biceps forcefully as they come into contact with your lower arms. This makes the movement much more challenging, and you can even hold the contraction for a second or two initially so that you get accustomed to contracting your biceps properly.

The verdict: Should you do Smith machine curls or not?

Smith machine curls are a valuable exercise for beginners to learn the correct technique because you don't need to stabilize the bar. For this same reason, the movement is also helpful for advanced weight lifters who want to isolate their biceps.

The only downside is that not everyone has access to a Smith machine. So if you're lucky enough to train in a well-equipped gym or if you have your own machine, then it's definitely worth including some Smith machine bicep curls in your next workout.