The lower arm muscles have much more strength potential than most people think. But if you really want to tap into that strength potential, there’s no doubt about it; you need to increase the weight on the bar once you’ve nailed the form.

So what’s the average wrist curl weight for people who lift?

I did some research, and I got a variety of answers. But one thing’s clear, the longer someone has been training their grip for, and the higher their body weight is, the more weight they’ll generally be able to wrist curl.

What’s a good wrist curl weight for beginners and intermediates?

If you’re a complete beginner, then lifting 20lb dumbbells for 10 reps or a 55lb barbell for the same number of reps shows a decent level of lower arm strength.

While advanced guys may not find these numbers impressive, they’re still higher than those of the general population and will likely result in good development in both strength and size if you also use good form. [1]

Progressing to a 75lb barbell or 30lb dumbbells likely puts you in the intermediate category. This is especially true if you’re doing somewhere in the ballpark of 4 sets of 10-12 reps.

It’s much easier to assess wrist curl strength based on reps and sets rather than 1RM performance because the former is more important for grip strength and hypertrophy.

As for the reverse wrist curl, a 20lb barbell and 10lb dumbbells are decent for both beginners and mid-intermediates.

As you might have already realized, the wrist extensors, which are naturally much weaker than the forearm flexors, are very slow to gain strength. And you shouldn’t force it, either.

You can build a surprising about of size from just a 20lb barbell, especially if you’re taking advantage of the slow-twitch nature of the extensors by using high reps.

The fixed barbells in many commercial gyms max out at 110lbs. You don’t see too many fellas doing wrist curls with this weight while using good form. So if you can do multiple sets of 10 with 110lbs while using the correct technique, then you’ve definitely put yourself firmly in the advanced category, as long as your body weight isn’t significantly over 200lbs.

Once you exceed 55-60lb dumbbells, you can also pat yourself on the back because that’s more resistance than 90% of people can even do hammer curls with. Of course, lifting a dumbbell means that you can use your opposite hand for support. Yet, it doesn’t detract from the hard work that you have to put in to be able to wrist curl 60lbs.

As for the reverse variation, 30-35lbs is very good with dumbbells, and likewise, 70-80lbs is excellent for the barbell version.

I’m hesitant to test my strength on reverse wrist curls because I know that going too heavy can quickly put the wrists at risk of an injury. I prefer to use a light to moderate weight and perform multiple sets of 15-30 reps.

No, since the forearm flexors are naturally much stronger than the forearm extensors, you’ll be able to lift far more weight on regular wrist curls.

How to improve your wrist curl weight naturally

If you’ve been lifting for a while, then you might already use the proper form. But you’d be surprised at just how many so-called “advanced lifters” use such a terrible technique. [2]

The reason that I stress the importance of learning the proper form now is that having to reduce the weight down the road is a one-way ticket to low training morale and a weak wrist curl weight because it would mean crawling back to square one. 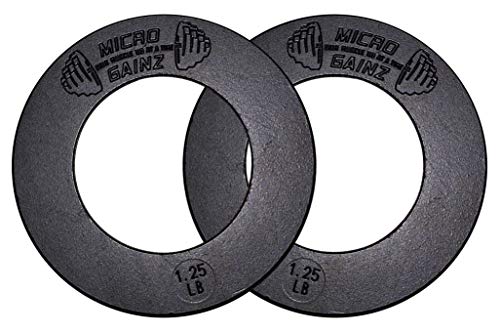 If you’re serious about getting stronger at forearm drills, especially ones that involve the extensors, then you practically have no choice but to use micro plates.

That is if you want to progress optimally.

Of course, you can just do extra reps before bumping the weight up. But then you run the risk of biasing your endurance rather than your strength development.

The great thing about micro plates, especially if you like controlling the finer details of your training, is that you can use them on other exercises like curls and lateral raises, which are typically slow to progress in weight (especially when using dumbbells).

Many people chuck in a few sets of forearm curls after an arm day and then head home.

Unfortunately, that’s not how you lift heavy weights and gain strength.

Like anything in fitness, you need to prioritize your forearms and grip if they’re areas that you want to improve. So if you don’t already, then I highly recommend training your lower arms on their own day.

Or, at the very least, do them before or after legs when your upper body can’t interfere.

I’m a big believer in the existence of overtraining. The body can only take so much punishment before it regresses in strength. As such, if you’re stalling on your wrist curl weight, then you may actually find that training your lower arms less frequently is the most effective way to get stronger.

These days, many lifters and coaches believe that more is better because some new study tells them so. Of course, they blatantly ignore basic biology in these cases, and then they wonder why their (and their client’s) strength progress and mood suffers dramatically.

Turns out that being weak isn’t much fun when you love to lift. So, to get stronger, rest longer, and you’ll be a wrist curl machine!

As mentioned, the average wrist curl weight depends on your body mass and training experience. But in general, the numbers that I suggested above are accurate for most trainees who work out their forearms once a week or more.