Is a 46 inch chest big and impressive?

How big is a 46 inch chest for a natural lifter? 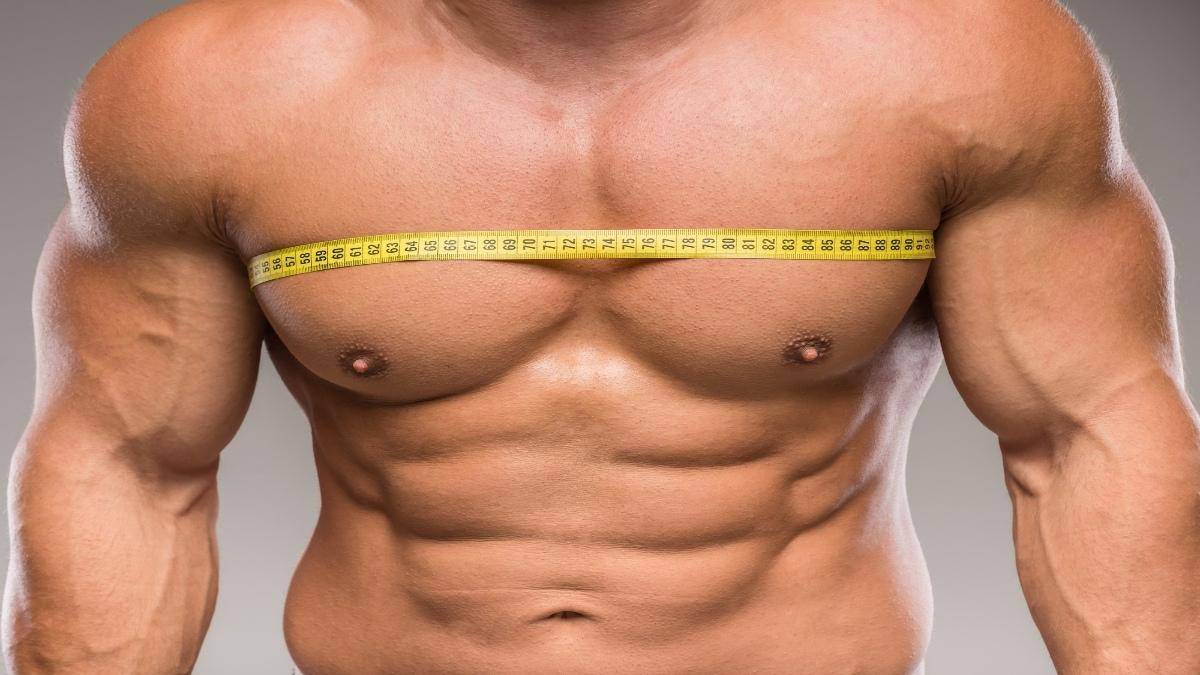 I know that you shouldn't necessarily assume things about people, but I'm going to do it anyway: If you have a 46 inch chest, then you're either a bodybuilding enthusiast, or you're struggling to lose weight. Am I right?

The third possibility is that you have a big frame, but we'll get to that later on.

One thing, however, is for sure: If you have a 46" chest, then you have a very above average male chest measurement.

How Does Your Chest Compare?

Table of Contents show
Is a 46 inch chest big?
What shirt size is a 46 inch chest?
How difficult is it to build a 46" chest?
In conclusion: Can anyone get a 46 in chest?

On the other hand, you might have a large ribcage, which is probable if you're tall or just so happen to have a large build.

In this case, a larger percentage of your 46 in chest will be bone mass rather than chest mass, which may actually cause some people to doubt the authenticity of your claimed 46" measurement (many people completely forget about the back and ribcage when it comes to the chest circumference).

Similarly, some people have a 46 inch chest due to carrying excess body fat, which really does pad out your circumference measurements.

Commonly, there are gym-goers who have plenty of muscle mass but who also have a fair amount of fat as well. In this case, it's conceivable that a natural lifter could get a 46" chest without being what you'd call jacked.

What shirt size is a 46 inch chest?

What size is a 46 inch chest? In men's clothing, a 46 inch chest is equal to an XL (extra large) shirt size. Note that when getting measured for a shirt, it might be wise to take an inhaled measurement so that you have more breathing room.

How difficult is it to build a 46" chest?

It depends on your body composition. Building a lean 46 inch chest is much harder (and takes a lot longer) than getting a semi-chubby 46 in chest.

Your height and build are two other factors that affect the difficulty of sculpting a 46" chest.

If you're really tall with a large ribcage, then it likely won't take that much effort to get a 46 inch chest.

On the other hand, if you have a small frame and a narrow ribcage, then you'd need to build a lot more chest and back muscle mass to end up with a 46" chest.

This is why it often doesn't make sense to chase specific circumference measurements.

Physique training is all about aesthetics—how your physique looks. Aesthetics and, to a lesser degree, muscularity aren't measured by numbers on a tape.

To illustrate the point, if you have a smaller chest than your friend in terms of circumference, it's still possible that you could have more actual pectoral muscle mass due to differences in frame size.

In conclusion: Can anyone get a 46 in chest?

Not everyone can build a lean 46 inch chest because some people have small frames. And besides, a lean 46" chest will look very big, so it's not like you need a 46 in chest specifically in order to look jacked.

Now, if you're totally committed to natural bodybuilding, and you have a decently large frame, then it's conceivable that you could sculpt a lean 46 inch chest. It will definitely take some years, but building a chest that size is definitely possible for a good number of people.