Behind the back wrist curl: Discover how to do it with barbells and cables

Learn how to perform this underrated forearm mass builder with perfect form. 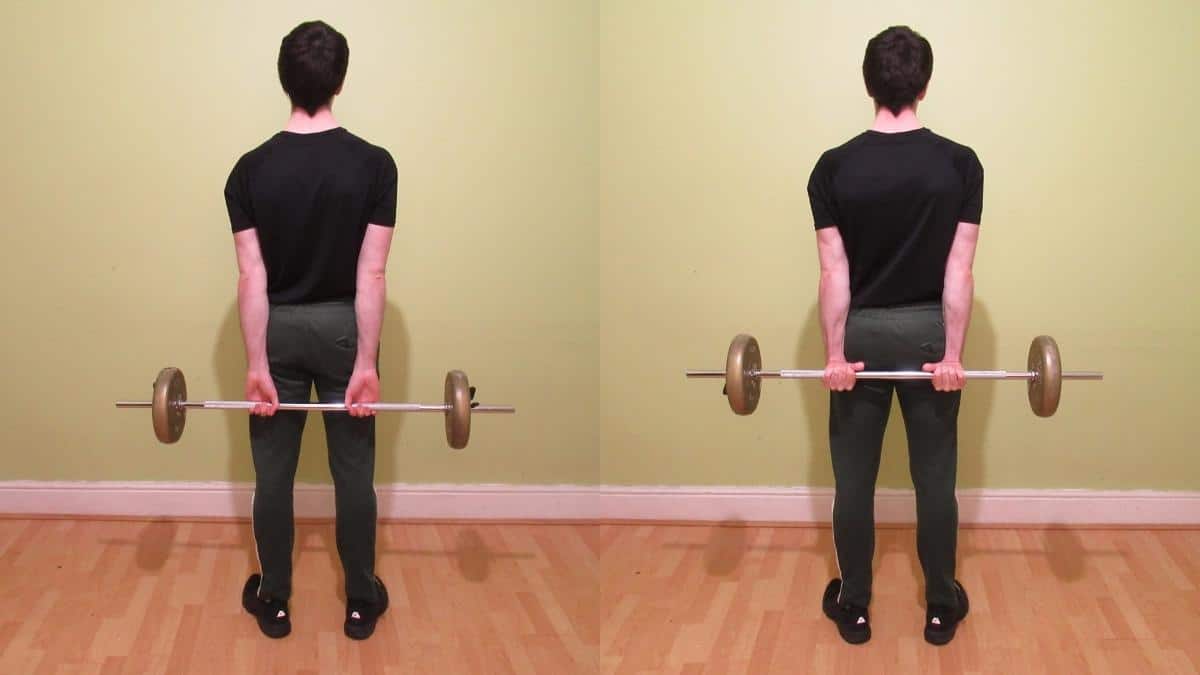 There are so many different forearm exercises out there. Don’t they all just do the same thing?

Much of the time, since people just change the angle slightly and give the exercise a different name, the answer is an emphatic yes; they're much the same. However, as you’ll soon discover, the behind the back wrist curl is a very unique forearm movement.

Behind the back wrist curl exercise details

How to do behind the back wrist curls

Here’s how to do behind the back barbell wrist curls. I’ll show you the cable version later on, along with another variation that you’ve probably never considered.

Behind the back wrist curl benefits

The behind-the-back barbell wrist curl is a unique exercise because the resistance curve (where the movement feels heaviest and lightest) is different from most generic wrist curl variations. Specifically, this drill is the most challenging in the contracted position, which means that it creates an intense muscle pump.

I don’t know about you. But when I can’t see the equipment that I’m using (or when I don’t bother to look at it), my mind-muscle connection instantly improves.

Now, this only works if you already use good form. But, presuming that your technique is tight, barbell behind the back wrist curls should allow you to really hone in on your forearm muscles.

What this means for you is faster forearm growth. How?

Because each rep becomes more effective (i.e., it produces more chemical signaling for muscle growth) now that you can focus purely on stretching and contracting your forearms.

The regular barbell forearm curl is most demanding at the bottom and midpoint of the rep. But it’s the exact opposite with behind the back bb wrist curls.

In other words, the contraction is much stronger, which naturally results in a more potent forearm pump. This is also why I recommend sticking to sets of 15-20 reps. This rep range intensifies the pump even more, which in my opinion, is the whole point of wrist curls.

If you want to do low rep forearm work, then you should focus on grip training instead.

But if you want pumped up lower arms, then do behind the back forearm curls. I can’t think of another exercise that produces such a pleasurably intense muscular contraction.

It’s also a great movement to pair with the reverse barbell wrist curl, which works your forearm extensors.

Behind the back wrist curl drawbacks

I love doing the behind the back forearm curl as a finisher after heavy, mass-building grip work. [1] However, if you’ve ever attempted this exercise, then you’ll know that there are a few downsides that can challenge the meathead brain.

If you’ve got a pair of meaty forearms, then you’re going to be pretty strong at the behind-the-back wrist curl. However, that strength is a double-edged sword.

Of course, having big forearms is great. But it makes deadlifting the bar off the floor to get it into your hands a bit of a nightmare. Plus, when you do get the bar behind your back, then you have to reshuffle your hands to get an optimum grip.

It’s not groundbreaking, but it works like a charm: Rather than wasting energy by squatting down to pick up the barbell (this is harder than you think when you’re using fixed barbells that are low to the ground), place the barbell in some kind of rack at hip height.

This can be a regular squat rack, or it can be one of those fixed barbell racks. It doesn’t really matter. The point is that it’s much easier to get a good, firm grip on the bar when you simply have to lift it out of a rack rather than off the floor.

Need to use less weight

Are you stronger on bench press or flys?

And that’s not just because you have your fast-twitch triceps to help you out—it’s because the bench press trains the chest in a mid-range position.

Comparatively, the dumbbell fly works your pecs at the extremes of the range, which is to say, at the muscle’s most stretched and contracted positions.

But what does this have to do with the forearms?

Your best bet is to perform forearm curls for moderate to high reps (8-15) to maximize the pump and avoid wrist injuries.

Quite a lot, actually. You see, unlike regular wrist curls, [2] behind the back barbell wrist curls (cables are a bit different) work the forearms in their shortened position, meaning that you need to use less weight.

So, in the same way that I wouldn’t use flys as a mass-builder, I wouldn't use the behind the back wrist curl as my main exercise. Instead, I’d do heavy grip training and then throw in some sets of the behind-the-back barbell wrist curl to finish off my forearms.

Behind the back wrist curl variations and alternatives

Below you’ll find two variations of the behind the back wrist curl. However, if you want to try something completely different, then check out these other forearm drills for some inspiration.

Behind the back cable wrist curls

Behind the back barbell wrist curls are imperfect because the exercise is much harder at the top of the rep than at the bottom. And it’s not like cables completely resolve this issue either (after all, muscles are always weakest in the extremes of the range).

That said, the cable version produces much more consistent resistance, and it also results in a naturally stronger muscle pump. The only downside is that you have to squat down to grab the cable bar, so you better not skip leg day!

Single arm behind the back wrist curls

I don’t see many people doing this exercise in the gym, but that doesn’t mean it's a bad movement.

Essentially, this exercise is the same as the barbell version (technique wise), except that you’re training one arm at a time and using dumbbells. The benefits?

Same as before. Expect they're intensified. Your mind-muscle connection will be even better because now you only need to focus on one muscle at a time.

Best of all, you don’t have to worry about the setup. So even though you have to do double the sets, the time difference won’t be huge because the setup is so simple.

Just make sure to also train the top of your forearm (extensors) for the best results. [3]

The verdict on behind the back wrist curls

Bodybuilders love to create endless variations of the same exercise to prove to other meatheads that they’re an innovator. But, as we know all too well, most exercise variations are just hype—something to create a little buzz and attention in the gym or on the internet.

Behind-the-back wrist curls train the forearms in their shortened position, which makes them an ideal finishing exercise.

But does the behind the back wrist curl have any substance to it?

I say yes. While the technique is the same as other types of wrist curls, the innovative positioning of this movement creates a great pump (especially when you use cables) that’s hard to mimic with other forearm drills.

For that reason, it’s my forearm finisher of choice, and I highly recommend that you give it a shot if you’re not satisfied with your forearm development.