How to perform a pronated tricep extension

Discover the 3 best ways to do a pronated triceps extension. 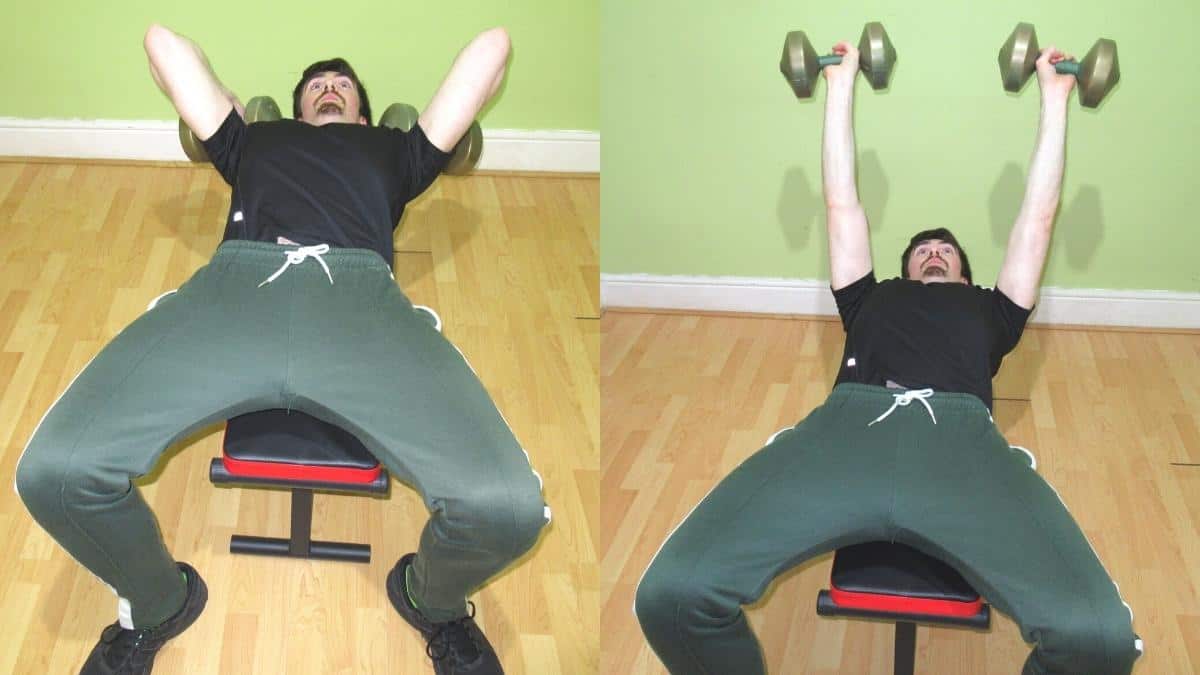 The pronated tricep extension trains the entire tricep area and, if you lower the weights behind your head rather than to your face, gives extra emphasis to the long head, which is the largest of the three tricep heads.

This tutorial shows you how to do dumbbell lying triceps extensions with a pronated grip. Then you’ll learn about two other pronated triceps extension variations that you can perform, as well as how they differ from the standard version.

How to do a pronated triceps extension

In addition to the pronated floor triceps extension, which is a helpful exercise if you don’t have a weight bench, there are two other types of pronated triceps extension that you can do to strengthen the backs of your arms.

The one arm pronated dumbbell tricep extension is a unilateral exercise because you’re only moving one limb at a time.

When you only have to move one arm at a time, you can dedicate all of your energy and strength to working that particular side of your body because you don’t have to split your focus across two limbs.

This is why you can often lift heavier weights when you train each side of your body separately (of course, unilateral training does mean spending longer in the gym).

This training style enables you to develop a stronger mind-muscle connection with both of your triceps because you can really hone in on each muscle when you’re doing a single arm lying tricep extension.

Similarly, the one arm pronated tricep extension is a great exercise for reducing your tricep muscular imbalances because you can ensure that both of your triceps are receiving equal amounts of work.

The dumbbell alternating lying tricep extension has one significant advantage and two distinct disadvantages. Let’s start with the positive.

Performing your reps in an alternating fashion gives each of your triceps a few seconds to recuperate. Hence, they’ll be slightly fresher than usual by the time their next rep rolls around.

Ultimately, because your triceps are less fatigued, you’ll be able to perform more reps on each set and stimulate more robust hypertrophy as a result.

The downside is that it can be harder to accurately count your reps, especially if you try to count reps per arm (your better off counting total reps).

Similarly, it’s more effortful for the brain to alternate the movement of limbs than for it to move two limbs at once, which may impair your mind-muscle connection.

Pronated tricep extensions are certainly effective for building muscle because they completely isolate your triceps to ensure that they’re always the point of failure.

But should you do neutral or pronated grip tricep extensions?

Considering that neutral grip extensions are more comfortable and knowing that wrist and hand positions don’t affect triceps recruitment, you should stick with the neutral grip when using dumbbells.

Some lifters claim that pronating their wrists intensifies the peak contraction, but this theory simply doesn’t line up with anatomical reality.

Tricep extensions don’t provide a particularly potent peak contraction anyway; they’re much better for overloading your triceps (especially the long head) during the eccentric portion of the rep.

And besides, using a pronated grip can put a lot of unnecessary pressure on your wrists, which is a problem that will only get worse as you gain strength.

The pronated tricep extension is a reliable exercise for building triceps that are proportional because, by lifting each weight independently, you can ensure that both of your triceps are receiving similar amounts of work.

Using a pronated grip for tricep extensions, however, can put pressure on your wrists and encourage your elbows to flare out. For these reasons, you’re best off using a neutral grip for dumbbell extensions.