Learn why pronating during skull crushers is a waste of time. 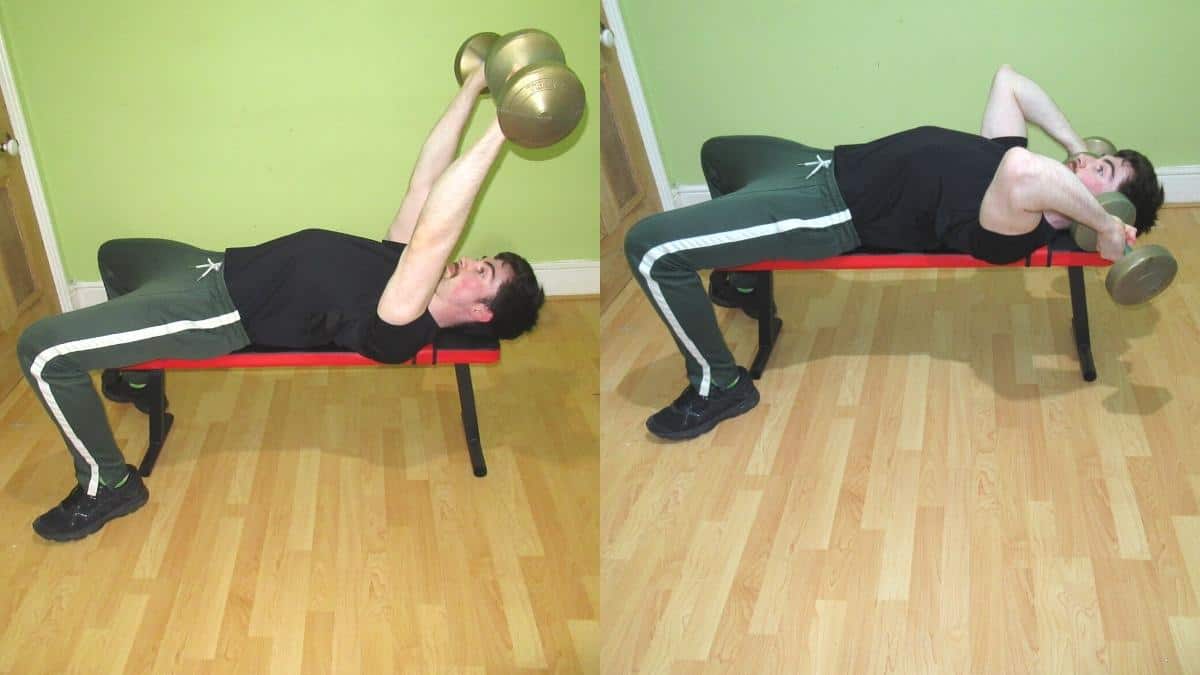 Unlike EZ bar skullcrushers, which are a very wrist-friendly exercise, pronated skull crushers put a lot of pressure on your wrists because they force your hands into full pronation.

So while the pronated skull crusher can undoubtedly build muscle when you use the proper form, your best bet is to stick to regular DB skullcrushers so that your wrists are in a neutral position.

How to do pronated skull crushers

There are three additional types of pronated skull crushers that you can perform to add variety to your workouts and train your triceps differently. We’ve discussed the pros and cons of each variation so that you can decide which exercise is best for you and your training goals.

Essentially, you perform the first part of the rep with a neutral grip. But, as your elbows approach lockout, you want to twist your wrists into pronation and flex your triceps forcefully.

The theory behind this is that pronating your wrists intensifies the peak contraction.

However, this theory is made problematic by the fact that wrist and hand positions don’t affect triceps activation because the triceps (besides the long head, which also performs shoulder extension) are pure elbows extensors.

So gripping the weights differently doesn’t enhance the exercise in any way.

If you believe that pronating produces a stronger triceps peak contraction, then it’s probably because you’re flexing your triceps more forcefully in anticipation of this supposed “intense contraction.”

You can, of course, replicate the contraction by squeezing your triceps really hard during the neutral-grip variation.

Alternating dumbbell skull crushers give each of your triceps a short rest after every rep. As such, you’re able to perform more reps per set when you do pronated skullcrushers in an alternating fashion because your triceps are less fatigued and thus able to contract harder.

The drawback is that the pronated grip will likely put more strain on your wrists than the normal neutral grip, something which is lessened slightly when you do a skullcrusher with a reverse grip.

Performing the pronated skullcrusher or the twist skull crusher is already priming your triceps to grow in proportion because, by using dumbbells, you have to lift each weight independently.

But you can take this benefit a step further by doing one arm skull crushers instead.

Training in a unilateral fashion means that your brain doesn’t need to split its focus across two limbs; now, it only needs to lift one arm at a time.

Therefore, single arm pronated skull crushers are a remarkable exercise for minimizing triceps muscular imbalances and ensuring that your arms are symmetrical.

The one arm pronated skull crusher is also helpful for establishing a stronger mind-muscle connection with your triceps, especially that of your weaker arm.

So when you perform bilateral exercises like wide grip skullcrushers, both of your triceps will be more likely to perform equal amounts of work (in other words, your stronger arm will no longer dominate the movement) now that you have a solid mind-muscle connection with both of your triceps.

In the final analysis, pronated skull crushers are a good (but not great) exercise.

The fact that the exercise forces your wrists into full pronation is the main thorn in its side because this wrist position can hurt your joints. Using dumbbells rather than a barbell does lessen this to an extent, but the problem still persists.

And it’s an issue that you can easily avoid by simply using a neutral grip for skull crushers rather than a pronated grip.

So considering that sidestepping the pronated skullcrusher problem is as simple as rotating your hands 90 degrees, there’s no good reason to perform the exercise.