14 inch forearms: Attainable or not?

Is your frame built to handle 14 inch forearms? 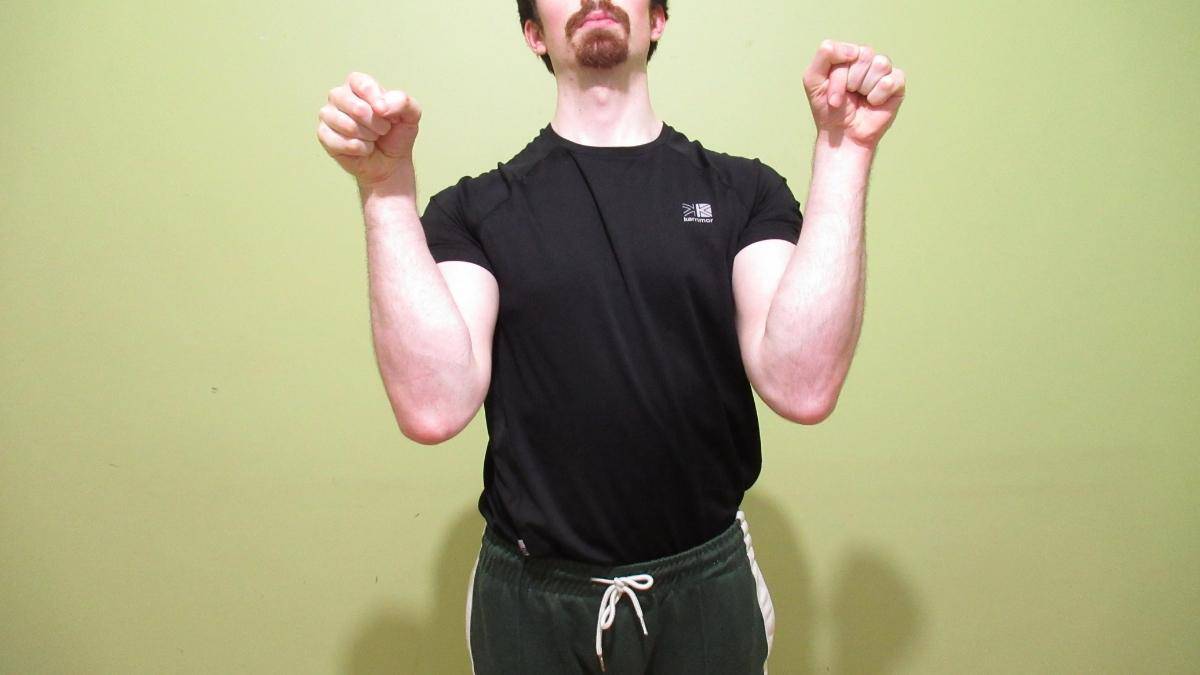 Ask any serious lifter if they’d like 14 inch forearms, and I’m pretty sure they’ll answer you with an emphatic “would I ever!”. You see, unlike upper arms of the same size, 14 inch forearms turn heads in the street. And that’s not just because your forearms are a highly visible muscle.

It’s because, if you can genuinely achieve 14 inch forearms, then you, my friend, are well and truly jacked. And this action-packed guide is going to help you get those big forearms that you desire.

How impressive are 14 inch forearms for a natural lifter?

For a true natty, a forearm circumference of 14 inches is incredibly impressive. Considering that elite fitness competitors were found to have an average forearm girth of just 11.7 inches, you’re in the top 1% of the lifting population if you have unflexed 14 inch forearms.

And that’s because you’re getting a true measurement when you measure your muscles in a relaxed state. Unfortunately, if you read online forums, then you might get quickly fooled into thinking that 14 inch forearms are, in fact, normal. But really, they’re quite a rarity to have at a regular body fat level and bone structure.

Excess body fat can increase your measurement and give you a false sense of muscle size. So take note of your body fat percentage whenever your bust out the tape measure.

Sure, if your 6ft 6’ and 20% body fat, you’ll probably have 14 inch forearms. But if you have an average build, then forearms of the same size will look far more impressive on your physique than on the taller guy’s frame. [1]

So in a sense, you could say it’s more about the perceived size (i.e., how big they look) rather than the actual size (how big they really are).

Nonetheless, adding mass to a muscle as visible as your forearms is never a bad idea if you want your physique to stand out. Shredded abs and bulging biceps are a dime a dozen. But thick, meaty forearms? Oh, they’re a sight to behold. You’ll be like a celebrity in your local gym. But, of course, much more jacked than the average movie/TV star.

What can you do to get 14 inch forearms quickly?

Since it consists of so many different muscles, the forearm anatomy is quite a tricky area to develop. However, by doing a few things right, you can sidestep most of the forearm plateaus that most bodybuilders experience.

That’s right. It takes more than a few wrist curls at the end of a back session to build real 14 inch forearms. So here's how you do it.

Let’s say that you do 10 sets of forearm drills per week. And let’s also say that in total, you lift 500lbs during those 10 sets.

Now, one day, you get a wild idea to double your training frequency to twice per week. [2] You’re now performing 5 sets each session.

But, because you’re fresher for the last 5 sets, you’ll lift more weight overall, which means that your forearm muscles actually get put under more quality tension. And you know what that means?

Yeah, you guessed it. More meaty muscle growth exactly where you want it. Goodbye, toothpick forearms!

Train your forearms first or separately

You wouldn’t believe it the way most people train them, but the forearms are, in fact, a muscle group.

What exactly do I mean by that?

Well, I’m saying that if you want to build or exceed a forearm girth of 14 inches, then you need to prioritise your forearm-specific training. This can be as simple as adding in an extra day just for forearms. Or you could train your main muscle groups in the morning and then do some hand gripper in the evenings.

Ultimately, making gains doesn’t need to be complicated as long as you're consistent in the gym. In practice, though, I think that putting forearm/grip training in a separate session leads to the best results because you’re at your freshest whenever you train a muscle group first in a workout.

Plus, with the above setup, you won’t have to ruin your back or chest training by bombarding your forearms before your main workout.

In my experience, the arms (especially the forearms) are one of the last body parts to deteriorate in appearance due to excess body fat. Therefore, you can bulk up to around 20% body fat, gain some significant forearm mass, and not ruin your physique in the process.

If there was ever a little-known trick for getting bigger, that is it. Don’t be afraid to forgo the idea of looking like a male model in the pursuit of getting huge. Muscular forearms look more masculine than virtually any other body part (except maybe the neck), so it’s within your best interest to make them at least reasonably developed.

Listen to the arm wrestlers

We live in an age of information overwhelm—who are we to trust?

While both the scientists and the gym bros might have some sound bodybuilding wisdom, nobody knows more about building big, strong forearms than the arm wrestlers.

You see, arm wrestlers understand that a few sets of high rep wrist curls don’t cut it. They also understand the importance of getting strong if you want to get big. And that’s the key. Far too many bodybuilders would have you believe that strength and size are some distant relatives that only occasionally come into contact. But in reality, it’s quite the opposite.

If you want 14 inch forearms, then you also need strong forearms. And specifically, strength at arm arm-wrestling-specific exercises, which in practice are really just optimal versions of exercises like wrist curls and loaded carries.

So try and use equipment with a larger surface area so that it's harder to grip. This will engage muscles that don't usually get much stimulation in forearm curls with standard bars.

How long will it take to achieve 14 inch forearms?

I won’t sugarcoat it; some people just don’t have the genetics to achieve 14 inch forearms without becoming obese. That said, unflexed 14 inch forearms are not entirely uncommon among those with a keen interest in grip training (and, of course, arm wrestling).

I’d say that within two years of forearm-specific/grip-specific training, you can get 14 inch forearms if you listen to the right advice. Since I’m not a world-class arm wrestler, though, I don't want to steer you in the wrong direction.

I know a decent amount about bodybuilding, but when it comes to the forearms, I take advice from the pros. And I recommend that you do the same.

Like many things in fitness and indeed in life, doing the forearm training basics well leads to the fastest and best results. So, nail the technique, add weight, stay consistent, and you’ll have yourself 14 inch forearms or, if not, something very close.

Thanks for reading. Now ditch the preacher pad and start smashing some forearms!