Find out if your genetics are cut out for forearms this large. 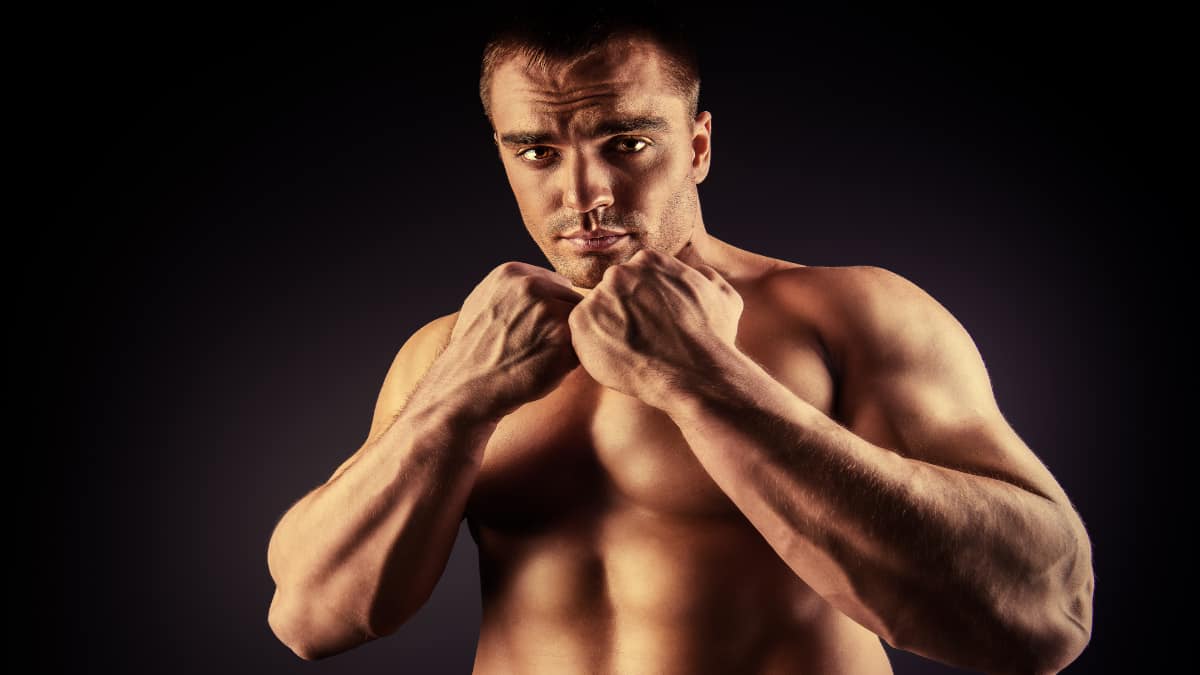 In a world where many lifters have to fight tooth and nail to get their upper arms to the 15 inch mark, building real 15 inch forearms can seem like a far-fetched dream. After all, I’m talking about building an unflexed 15 inch forearm circumference.

And to tell you the truth, no, not everyone can get huge forearms. Those with genetics catered more towards endurance might struggle to get the forearm growth they desire. But that doesn’t mean that you can’t try.

So, are you ready to make some serious forearm gains?

See how your forearms stack up:

Are 15 inch forearms impressive for a natural weight lifter?

If you ask me, jacked forearms always look more impressive than big arms. And while 15 inch upper arms certainly won’t turn heads in the street in a world where everyone seems to live in the gym, 15 inch forearm muscles definitely will.

Not only are forearms of this size impressive from a bodybuilding perspective, but they’re impressive—intimidating even—to virtually anyone who sees them.

You see, if you want your physique to pop, and you also want to remain natural, then you need to focus on the muscles that most people don’t work as hard as they should.

Along with the neck, the forearms are one of those key areas that any mass gaining-focused lifter should seek to develop.

Don't be afraid to perform unconventional exercises in the pursuit of larger lower arms.

If gyms didn’t exist (sad thought) and we actually had to do real, manual work, which muscles would develop the fastest?

Probably the forearms and biceps. And as such, the forearms would instantly become a signal of strength, work ethic, and provisioning capability.

Yet even in a society of social media vanity and shirtless “selfies,” the forearms still command serious respect. Heck, there are articles online from women drooling over men's forearms (and not even particularly big ones).

So to get the point, yes, 15 inch forearms are extremely impressive for anyone, and especially for a natural lifter. So let’s learn how to get them, shall we?

Max out your frame’s genetic potential

The bigger the frame, the more muscle it can hold. Therefore, if you want to grow your forearms to 15 inches and beyond, you need to have the genetic foundation in place to accommodate all this muscle.

Sadly, we can’t all be 6’ 6” with joints as thick as a protein shaker bottle. But, what I’m saying is, is that if you’re a younger fella who’s on a mission to increase his forearm mass, then you need to hang tight a while until your frame is fully developed, which happens sometime in your 20s.

The good news for us—the shorter and normal height people—is that for some strange reason, without formal resistance training, it’s shorter lifters that always seem to have better developed forearms and calves.

Now, this could just be an illusion. Taller, larger-framed lifters might actually have bigger circumference measurements, but still, it seems like being “short and a bit pudgy” is the secret to getting jacked forearms and calves without hitting the gym.

Always train your forearms in their own session

Doing a few half-arsed sets of wrist curls after your back session isn’t going to get you 15 inch forearms. You need to train them in their own session so that you’re fresher and can lift more weight.

You’ll naturally have a more potent mind-muscle connection if you train your forearms separately because you’ll have less central fatigue (which impacts your ability to contract muscles).

Of course, you can work your forearms before your chest, back, or leg session, but then it’s going to be hard (or downright impossible) to hold onto the equipment, or even your shaker bottle, for that matter.

Train all the forearm functions

Many people erroneously believe that the forearms are just one big muscle. However, they’re actually a much more complicated body part and have around 20 unique muscles that help us grip, squeeze, flex, and release objects from our hands. [1]

Hand grips are a great tool in this regard, and you don’t even need to travel to the gym to use them. Heck, you could sit in bed—phone in one hand, a gripper in the other—and still get a pretty effective forearm workout.

My rule of thumb when it comes to the forearms is to listen to the grip strength or arm wrestling guys. You see, few bodybuilders have good forearms because of their training protocols. Rather, they have them because of their genetics and “muscle juice.”

Did you know that you can most likely get to 20-22% body fat while still having lean, vascular forearms?

In this sense, the forearms are the calves of the upper body.

Ever seen a fat person with good calves?

Of course you have! And usually, their calves are pretty lean considering the spare tire around their waist.

Well, it works the same way for forearms. Even if your abs faded months ago, you could still have the best forearms in your gym because they’re not as prone to fat storage as other areas (think chest, thighs, and stomach).

So, if you want to get those 15 inch forearms, then you also need to eat big. It’s a win-win because life is more fun when you’re bulking (or at least when you’re eating like a normal human and not a bodybuilder), and you’ll feel way stronger in the weight room with the energy surplus.

I’ve heard all kinds of nonsense about magic rep ranges and “motor unit recruitment” theories from the gym bros. But ponder this: manual labourers tend to have great forearms, and they do sets of however many reps it takes to get the damn work done!

Now, I’m not saying that you should ditch the heavy weights in favor of pink dumbbells. Rather, I’m suggesting that consistency and time under tension are more important than any particular rep range or training protocol.

That said, it’s still a good idea to throw in some heavy static holds (or an equivalent exercise) to develop that raw, powerful grip strength that, in my experience, correlates so well with actual forearm size.

After all, people who lift heavy objects as part of their job usually have huge forearms and biceps, too.

How long does it take to get genuine 15 inch forearms?

Building 15 inch forearms is black and white: you either have the genetics to get them, or you don’t.

But let’s say that you, in fact, have the genes to grow 15 inch forearms: How long will it take you to reach your potential?

I’d say that if you make forearm training a priority and do more grip exercises than bodybuilding-style work, then you can get 15 inch forearms within 3-5 years of lifting. Unless, of course, you’re starting from a stick-thin frame. In which case, you’re looking at around 4-5 years.

If you walk into the woods and find a man that’s performed manual labor all of his life, I can virtually guarantee that his forearms will blow you away.

And if you ask him, “So, Mr. Lumberjack, how did you get forearms that big?”

In other words, he most certainly isn’t doing a few cutesy sets of wrist curls in some modern little health club. He’s using his hands for real work, and he’s reaping the rewards in gains.

Do the same—focus on that grip work if you don’t want to do manual labor—and you’ll be well on your way to achieving real 15 inch forearms or whatever similar circumference your genetics will allow.