Can you get 19 inch biceps as a natural lifter?

Here’s what it really takes for natural lifters to build 19 inch arms. 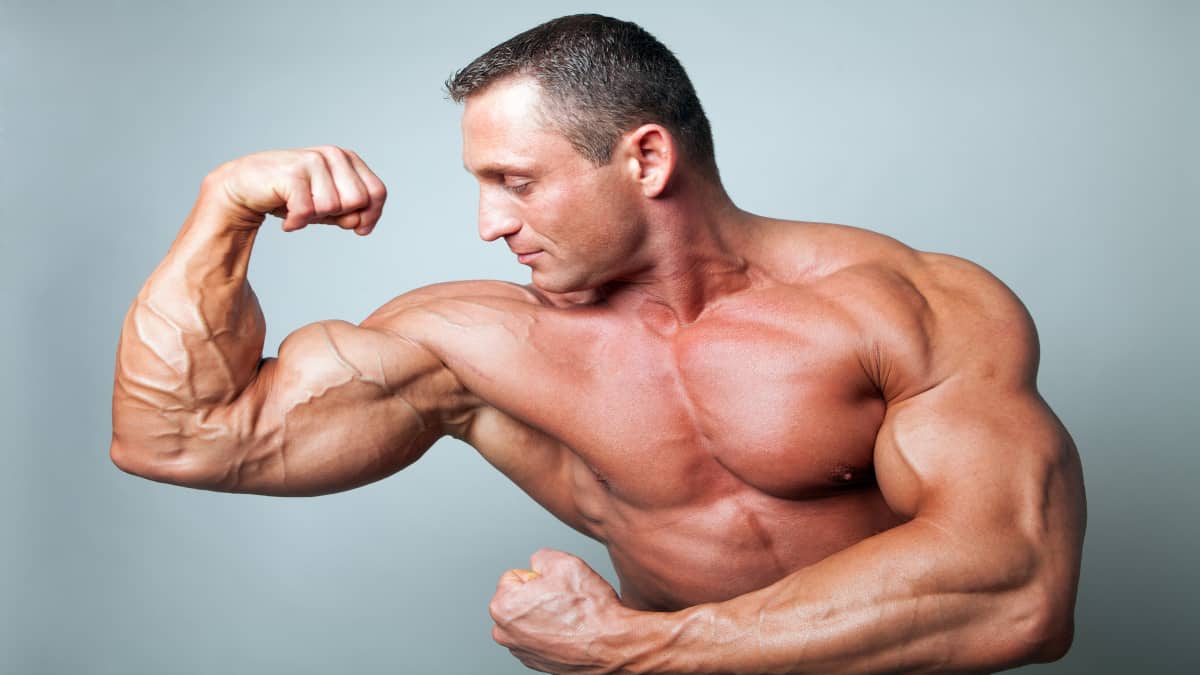 If you have 19 inch biceps cold or pumped, then your arms are well above the average male bicep size, which is only about 13.5 inches.

But is it realistic for most natural lifters to get 19 inch arms with nothing but a good diet and heavy, progressive training?

As you'll soon learn, the answer to that question depends on your height and build. However, if you're not genetically blessed in the frame size department, then bulking up to a higher body fat level will at least increase your chance of achieving 19" arms as a natural lifter.

The following biceps brachii guide also makes use of real-world case studies so that you can see what it took people with different genetics and body stats to get 19 in arms.

See How Your Arms Compare:

Are 19 inch arms big for a natural lifter?

Yes, based on the research and years of weight room observation, 19 inch arms are extremely big for a natural lifter. In fact, 19 inch biceps are so big that calling them ginormous (a combination of giant and enormous) is a more accurate way to describe 19 in biceps.

Regardless of your height and build or whether you measure your arms cold or pumped, building genuine 19" biceps takes serious dedication and consistency.

Considering that most gym-goers who lift hard and heavy have arms that are around 4 inches smaller than yours, you're definitely in the top 1% of worldwide arm size if you've got a pair of 19 inch biceps.

How impressive are 19.5 inch biceps?

But that's only a temporary increase. Building real mass is a completely different ball game.

Going from 19 to 19.5 inch arms by way of pure muscle takes a lot longer if you're a natural lifter.

When your arms are already huge, you're going to have to fight tooth and nail to gain any more appreciable size. After all, why would your body, which strives to maintain homeostasis, [1] want to put on half an inch of lean arm mass when it's already got more than enough bi and tri muscle tissue?

Typically, getting 19.5 inch arms (50 cm arms) as a natural lifter means bulking up to a higher body fat level. It's extremely rare to see someone with an average build who has lean 19 or 19.5 inch biceps. So you'll need to decide if gaining that extra half-inch is worth living life with less arm definition.

Can you get 19 inch biceps as a natural lifter?

Yes, it's possible to build genuine 19 inch biceps as a natural lifter. However, some people have it much easier than others when it comes to packing on upper arm mass.

For example, if you're really tall (let's say 6'6" and over), then you might actually be able to build 19" arms with a relatively normal resistance training program and a standard bodybuilding diet.

This is because tall people naturally have very long arm bones. Compared to short arm bones, long arm bones are capable of holding much more muscle mass, which is why tall lifters will typically have bigger arms than shorter lifters even if their arms don't look as big. [2]

If a tall lifter and a short lifter both have 19" biceps, then the short guy's arms will always look bigger.

The fact that a tall guy can have 19 in arms without them looking like 19 in arms (especially if he's at a higher body fat level) is likely one reason why you don't see many people showing that it's possible to build 19 in biceps naturally.

On the other hand, if you have an average build, then the only way that you'll be able to get 19 inch arms naturally is, first and foremost, by training hard, heavy, and consistently for years and perhaps for decades.

Additionally, those with smaller builds will need to maintain a higher body level if they want to join the 19 inch club. It's virtually impossible for a guy who's 5'9", for example, to sculpt lean 19 inch biceps without hopping on the juice.

Can women get 19 inch biceps?

Yes, it's theoretically possible for a woman to develop a 19 inch arm circumference if she's a professional female bodybuilder or is simply obese.

Additionally, pro bodybuilders maintain an extremely low body fat percentage, which actually makes their arms look a lot bigger than they really are. So it's unlikely that a female bodybuilder can build lean 19 inch bis unless she has an especially large frame and is willing to rock a slightly chubbier physique.

On the other hand, there are women who have 19 inch arms, not because they lift weights, but because they're obese. So while their arms aren't 19 inches of muscle, they might still measure 19 inches in circumference if her body fat is excessively high.

These real-life 19 inch bicep case studies show you what 19" biceps look like at different heights, builds, and body fat percentages.

Chris Philippi has natural 19 inch arms with a pump. He made a walkthrough video showing how to pump up your arms in order to change up your workout and temporarily inflate your measurement.

Chris recommends performing high-rep supersets while staying clear of failure if you want to make your biceps and triceps as pumped as possible.

Specifically—and this is golden advice—he notes that you need to focus on the long (inner) head of the triceps because this head accounts for around 45% of your overall upper arm mass (not just triceps mass) when it's well-developed.

No, of course not. But his arms still have some muscle definition (and a heck of a lot of mass). In this regard, Chris Philippi is just about the best example out there of how a hard-working natural lifter can build 19" arms.

Brian Diesel has lean 19 inch biceps with a pump and made a great video that a lot of people need to watch.

He specifically notes that, in addition to performing a full range of motion, you need to focus on progressive overload as well.

Far too many people lift the same weight for years on end and then wonder why their arms haven't grown. While there's nothing wrong with curling extremely light weight, to begin with, you need to increase the resistance at some point—while maintaining good form—if you want to bulk up your arms.

Brian also recommends prioritizing your biceps and triceps by dedicating a whole session to arm training. In this regard, he uses supersets to increase his pump and achieve an efficient high-volume workout.

Adrian Bryant has pumped 19" biceps at a height of 6 ft. His video was fascinating to watch because he appears to attribute much of his arm size to compound lifts.

At the time of recording, he was only training his arms once per week and often just once every two weeks.

Of course, his workouts were heavy, intense, and progressive.

When you're lifting as much weight as Adrian is lifting, your muscles (and body in general) need plenty of time to recover.

On the other hand, if you're a beginner, then you can train your arms more frequently because you're not causing that much systemic disruption when you lift light weights.

In summary, it's fascinating to see that you can gain serious size with intense yet infrequent workouts.

Conclusion: Can anyone get 19" arms with hard work?

What you'll notice when reading the case studies is that everyone has 19 inch arms pumped.

It also appears that you can gain around an inch of temporary size with an arm pump, which suggests that 18 inches is a more realistic upper-end arm measurement for a natural lifter who's willing to bulk up to a higher body fat level.

So yes, it's possible to build 19 inch biceps naturally if you increase your strength to the point where you can lift seriously heavy weights.

Of course, the bigger your frame is (being over 6 ft with a large bone structure is a plus), the easier it will be to build 19" arms.