Do any bodybuilders actually have 40 inch biceps? 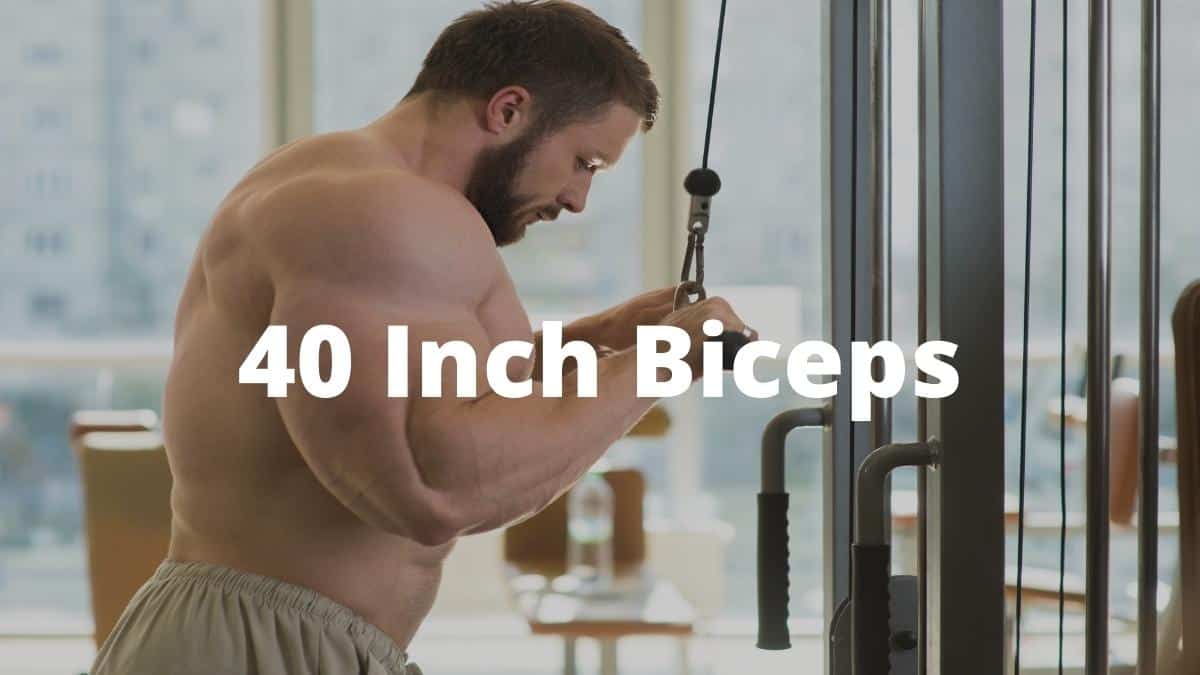 By learning how your biceps muscles function, you’ll be able to get better results from your weight room efforts. This is because lifting with the proper form provides more biceps activation on a set-by-set basis.

However, having 40 inch biceps is far from the ideal bicep size, according to most people.

But that brings up an even more pressing question. Is it actually possible for any weight lifting human being to build 40, or even 45 inch biceps?

Considering that most professional bodybuilders have arms that are approximately half as small, surely building 40 inch arms would be impossible, right?

Does anyone really have 40 inch biceps?

You may have seen videos on the internet claiming to show bodybuilders who have 40 inch biceps or even 50 inch biceps.

And while some of the people in these videos do look like bodybuilders, the images are fake and have been distorted to make the bodybuilders look much more imposing than they actually are.

You can tell that the images aren’t authentic because the bodybuilders in the photos always look really tall.

This distortion is a dead giveaway that the pictures are fake because bodybuilders are typically quite short (to be good at bodybuilding, you need to look very filled out, which is a look that’s easier to achieve if you have a small frame).

Would it actually be possible to get 40 inch biceps?

While researching the size potential of human arm muscles, the biggest sizes that I found were 30 inch biceps and 31 inch biceps.

I looked extensively to see if anyone had surpassed that size and, at the time of writing, couldn’t find a human being who exists today or who lived in the past that had 32 inch biceps. So 31 seems like the limit.

And even then, that ridiculous size was “achieved” with synthol. [1]

On the other hand, there could be large-framed individuals with morbid obesity who actually have 40 inch arms. Now, people who are obese don’t typically take their circumference measurements unless they’re actively trying to lose weight.

Most of the measurements that you see online are from weight lifters who want to see how their arms compare with those of other gym-goers.

When it comes to arm size and the internet, there’s a lot of good, well-researched, and accurate information out there.

However, there’s also a lot of junk.

For example, people regularly lie about the size of their arms in order to feel powerful and appear bigger than they are.

For the reasons mentioned above, these videos are obviously not real.

Another dead giveaway that the images have been distorted is that the subject’s head is absolutely tiny while the rest of their bone structure is huge. Surely, if someone had a big frame, their head would be at least somewhat large?

Anyway, don’t feel that you’re skinny or inadequate because some people supposedly have 40 inch biceps. The reality is that their arms are far from being that size, even if they’re a bodybuilder.