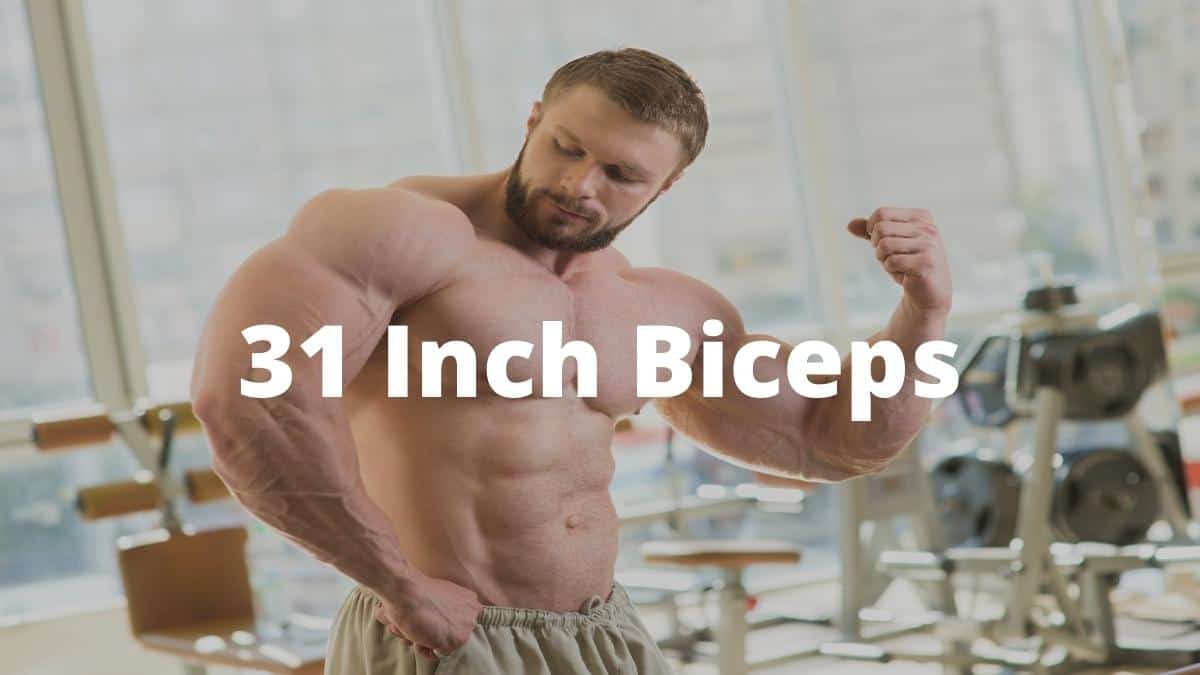 When you see the triceps and biceps muscles of Moustafa Ismail, you might think that his arms have been Photoshopped!

At a staggering 31 inches, this bodybuilder's arms are more than twice the size of the average man's bicep size.

Most surprisingly of all, Ismail claims that his biceps are triceps were all built naturally through hard work and his bodybuilding diet.

But as we shall see, his all-natural claim is somewhat dubious.

Disclaimer: The following article discusses site enhancement oil usage. These are dangerous substances that we do not recommend or endorse using for increasing muscle mass.

Who is the man with 31 inch biceps?

The "31 inch bicep man", Moustafa Ismail, is a bodybuilder from Egypt who moved to the US to focus on his bodybuilding goals.

He claims to consume large amounts of protein to fuel his intense weight training, which seems fair enough. [1] But just how any kind of bodybuilding diet and intense training regime results in 31 inches biceps is unclear at this point.

Considering that most professional bodybuilders—who use anabolic steroids and have decades of training experience—have arms that are 10 inches smaller than Moustafa's, I think it's highly likely that he’s taking a lot more than just protein shakes.

His monstrous 31 inch bicep circumference is considerably bigger than almost every man's thigh. With that in mind, can anyone seriously maintain that Moustafa built his record-breaking biceps with hard work and tons of protein?

Of course, I don’t doubt that he trains hard and leads a disciplined, bodybuilding lifestyle. I'm just making the rather obvious point that his arms don't look like they consist of purely muscle tissue.

How does someone get 31 inch biceps?

As anyone who's been in the bodybuilding world for more than a month is forced to conclude, Moustafa Ismail's arms were not built through diet and training alone; they were developed with some kind of site enhancement oil. [2]

Hard work in the gym and discipline in the kitchen doesn't explain why his arms are disproportionally big. Surely, as a keen bodybuilder, Moustafa is training his other muscle groups as well.

So you would think that the likes of his chest and legs would be a similar size to his biceps and triceps if he was indeed training naturally.

The reason that they aren't, of course, is that he's using some kind of site "enhancement" oil to artificially increase the size of his arms.

These dangerous oils, which we no way endorse using, make the arms bigger without increasing their muscle mass or strength.

Why would anyone want 31 inch arms?

In a word, attention. Some people just want to get noticed and achieve temporary fame. Sadly, some individuals are willing to sacrifice their health in order to get a few compliments from people they meet.

Yet, if you ask most people whether or not artificiality inflated 31 inch biceps look good, the answer will be a resounding no.

When your arms are bigger than some men's waists and 99% of men's thighs, you know that you've taken things too far and well beyond any kind of believable natural limit.

Conclusion: The sad truth about having 31 inch biceps

Having 31 inch arms may well give you your 5 minutes of fame. But is the attention really worth harming your health and distorting your body?

Many natural bodybuilders have developed large, attention-demanding arms through hard work in the gym and dietary discipline at home. Sure, getting big arms naturally takes longer, but the results look more aesthetic and don't come with the nasty side-effects of these dangerous site enhancement oils.

In summary, having 31 inch biceps may well get you noticed, but ultimately, the attention is for the wrong reasons. And besides, how are you going to find clothes that fit your arms?