Learn if 45 inch hips are considered big (for women and for men). 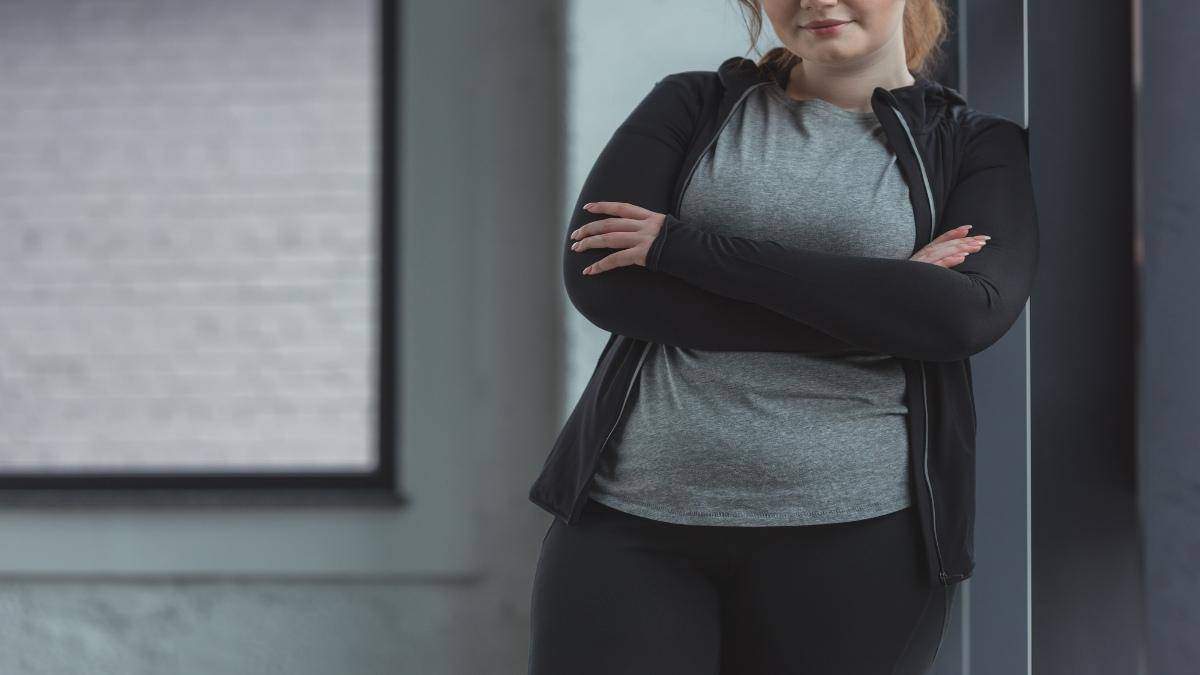 Anyone with 45 inch hips has an above average hip size for men and women of all ages and builds. But what does this mean for your health and appearance?

As you'll soon find out, whether your 45 inch butt is too big or perfectly fine depends on your body composition, bone structure, and also on the size of your waist.

So, what is considered a big butt? Is 45 inches big? Let's find out!

Now, whether or not a 45 inch booty is too big is a different question. Many people would automatically jump to conclusions and say that 45" hips are too big because 45 inches greatly exceeds their own circumference measurement.

However, research actually suggests that women with large hips may have better protection against cardiovascular disease, diabetes, and overall mortality. [1]

Indeed, it's much healthier to store fat around your hips than around your waist because this kind of body fat distribution results in a low waist-to-hip ratio, which is a marker of physical health.

That's the health side of things. But how does having 45 in hips affect your appearance?

It mainly depends on your height and body composition. For example, a 45 inch butt will look bigger on a short woman than on a tall woman because when you're short, your glutes are essentially more compressed, whereas when you're tall, your glutes are stretched out over a larger surface area.

Are 45 inch hips large for men?

Are 45 inch hips big for a man? Yes, 45 inch hips are very large for a man because they're 6 inches bigger than normal for an adult male.

The only men who typically have a 45 inch hips size are those who have a lot of gluteal muscle mass and those who're obese. Of course, you might also have 45 inch glutes due to a combination of muscle mass and body fat.

Since the glutes are such a large muscle by their very nature, it's actually possible for some men and women—especially those with larger frames—to build genuine 45" hips if they get really strong at hip thrusts and squats.

So, in summary, 45 in hips are very big for a man and could be an indication that you're overweight. But also remember that health isn't measured by the number on the tape; you need to factor in the size of your other body parts and many other variables to get an accurate picture of your physical health.

What size are 45 inch hips?

What size are 45 inch hips? It heavily depends on both the brand and type of clothing. But, based on my reading of the available sizing data, 45 inch hips are generally on the low end of a women's size XL, which works out at a US size 16-18.

How can you build a 45 inch booty?

This glute-building advice is ideal for three types of people: Those who want to build a 45 inch butt, those who already have a 45 inch booty and want to make it even bigger, and, finally, those who just generally want to grow their glutes and who aren't bothered about specific circumference measurements.

For years, squats were the default recommendation for building the glutes. But as more and more people acquired a curious interest in glute training, the hip thrust has burst onto the scene and displaced the squat as the number one butt builder.

This notion is supported by a systematic review, which showed that hip thrusts lead to greater glute activation than squats. [2] This is why I actually recommend starting your workouts with hip thrusts if you're serious about building your glutes.

Of course, you should still do some kind of squat so that you can work your glutes when they're in a highly stretched position. After all, working your glutes from multiple angles is bound to lead to greater circumference gains over time!

All of that said, it's important to note that not everyone has the genetics to build a 45 inch butt, at least not without gaining too much body fat. This is one reason why I like to let the training and diet do their job and let the actual inches take care of themselves.

You may or may not be able to build a 45 inch booty, but you can definitely make your existing pair of glutes a lot bigger if you train them consistently and progressively.

Conclusion: Is it good to have a 45 inch hip size?

Having a 45 inch hip size is completely fine as long as it's not a sign that you're overweight or have some other kind of health problem. Indeed, as I mentioned earlier, some studies actually show protective benefits to having large hips.

Still, 45 inch hips don't mean all that much without factoring in your other measurements. From both a health and aesthetics standpoint, you ideally want your waist to be significantly smaller than your hips so that you have a low waist-to-hip ratio.