Large hips might well be protective against certain diseases, but are 48 inch hips just too big? 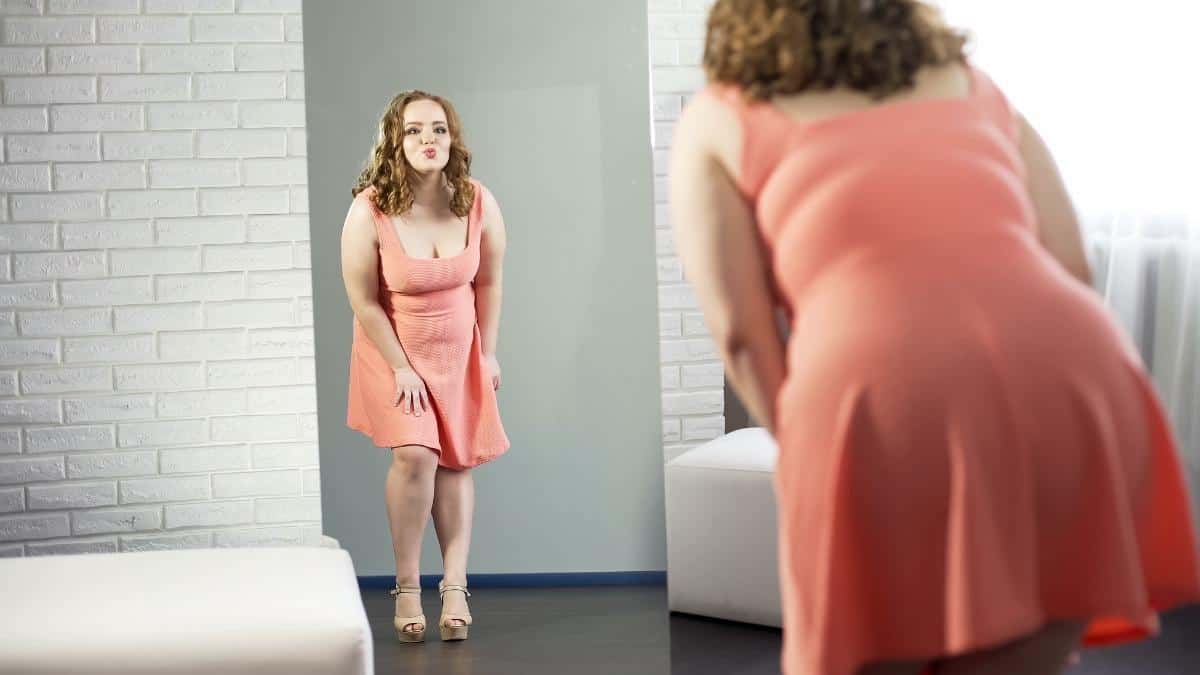 Knowing that the average hip measurement for females and males is 8-9 inches less than 48 inches, can you really have 48 inch hips and still enjoy good health?

It's highly likely that most people who have 48" hips are overweight or obese. But there's more to it than just fat mass; your bone structure, glute development, and the size of your waist all affect how healthy or unhealthy your 48 in hips are.

But one thing's for sure, 48 inch hips are definitely not a normal buttocks size for men and women. So let's see what that means for your health and physical appearance.

How big are 48 inch hips for women?

How big are 48 inch hips for women? Based on the data, 48 inch hips are very big for a woman because they're a full 8 inches larger than average for an adult female. And honestly, you could make a case for the average measurement being too large!

As I alluded to, however, your body composition greatly affects your hips. Since the glutes are such a large and powerful muscle—and one that responds excellently to resistance training—they can gain a significant amount of size when you train them with weights.

Therefore, some women do genuinely have 48 inch glutes due to a combination of muscle mass and fat tissue. Indeed, many women also tend to store a lot of body fat around their hips (as opposed to their waist), which can actually be protective against various diseases. [1]

Nevertheless—even though health isn't measured by the number on the tape—48 inch hips are still undeniably massive for a woman and, in many cases, are likely an indication that you're overweight.

Of course, if you have a massive frame and lots of gluteal muscle mass, then it's plausible that you could have 48" hips without being overfat (it would be pretty much impossible for a normal-weight individual to have 48 inch hips).

So while those squats and hip thrusts can really stack up, it's unlikely that muscle mass alone can explain why someone would have a 48 inch butt. A more likely explanation for an individual having 48 inch hips would be that a person has muscular glutes but also quite a lot of gluteofemoral fat.

In summary, most men with 48 inch hips are very likely to be overfat, but some genetically gifted individuals with large builds may have 48 inch glutes due to having very high levels of lean body mass.

What size are 48 inch hips?

How does a person get a 48 inch butt?

Most people who have a 48 inch butt naturally store a lot of body fat around their hips. When you add in significant amounts of gluteal muscle mass as well, you can see why some men and women end up with a 48 inch booty.

Of course, gaining weight—whether its muscle, fat, or a combination of both—is the main reason why you'd end up with a 48 inch hip size. Putting inches on your glutes typically requires a concurrent increase in body mass, which can be counterproductive for your health and wellbeing if it's taken too far.

So while you might not want to build a 48 inch butt, you can definitely grow your glutes by doing exercises like squats and hip thrusts. Indeed, research shows that hip thrusts result in greater glute activation than squats, so they appear to be an especially good choice for those who're on a mission to build and strengthen their glutes. [2]

If, on the other hand, you actually want to shrink your 48 inch hips, then performing cardiovascular exercise is your best bet because burning calories will enable you to shed excess body fat and therefore reduce your circumference measurements.

As I've said before, a given hip size is only bad if it indicates some kind of problem. Unfortunately, in many cases, 48 inch hips are an indication that you're overweight and are carrying excess body fat, meaning that you should seek to lose weight.

Of course, having large hips and a narrow waist is commonly thought to be a protective (and attractive) body type for a woman. However, it's unlikely that any woman with 48" hips has a slim waist, which means that you could have excess belly fat and a dangerous amount of visceral fat.

So while you shouldn't loathe the way that you look, you also don't want to let yourself get too big because doing so can harm your health.