Learn what it takes to build a 52 inch chest (and find out who actually has one). 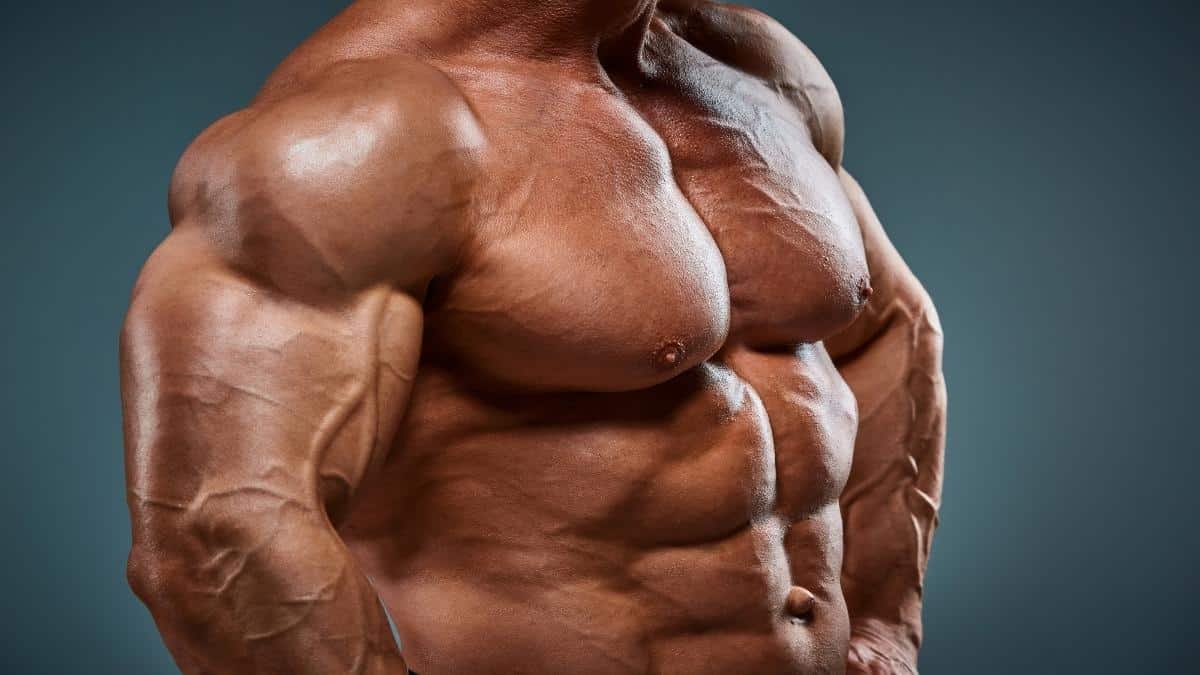 A 52 inch chest definitely isn’t a normal chest circumference for a man. But is that necessarily a bad thing? If it’s indicative of you being overweight or obese, then yes.

On the other hand, there are some bodybuilders who have a 52” chest. And while these guys obviously aren’t overfat, they’re likely not enjoying optimal health if they’re walking around at 250 lbs.

This guide explains how big a 52 in chest really is and then discusses whether or not you can actually build a 52 inch chest naturally.

So, how big is a 52 inch chest exactly? A 52 inch chest is absolutely massive because it’s around 10-12 inches bigger than average for an adult male. So you could definitely say that a 52” chest is actually too big for a man to live in optimal health.

While there are undoubtedly plenty of overweight and obese people with a 52 inch chest, you just don’t see many lean individuals (even bodybuilders) with a 52” chest.

After all, if your shoulders measure 52 inches, then that’s pretty impressive. So in order to have a chest that measures 52 inches, you’d need a very large frame indeed.

Keep reading to see who actually has a 52 inch chest in real life. Can you guess who it is? It’s not a professional bodybuilder (though he could probably be one).

A 52 inch chest works out at a 3 XL shirt size in most men’s clothing brands. In some brands, a 52 in chest might also be a 2 XL. Obviously, you also need to take into account the size of your neck when you’re buying shirts.

How can you get a 52 inch chest naturally?

Let me be honest: Most people simply don’t have the genetics to build a 52 inch chest naturally. This is true even if you’re a prolific bench presser with a wide back. But this isn’t to say that sculpting a chiseled 52” chest is impossible for everyone.

Actor Dwayne Johnson says that he has a 52 inch chest, so if you want an accurate representation of what a 52 in chest looks like, he’s your guy.

At 6′5″, Johnson has a massive frame that’s capable of holding plenty of muscle mass. This goes to show that building an abnormally big chest requires a solid frame and a large ribcage. You just don’t see guys under 6 feet with a 52” chest unless they’re a pro bodybuilder.

Now, if you have bulging pecs, a ridiculously wide back, a very large frame, and the willingness to hang around at a higher body fat level, then it’s conceivable that you could build a 52 inch chest naturally.

The verdict: Can anyone build a 52" chest?

As you can see, there’s much more to building a 52 inch chest than just having massive pecs. Sure, chest mass is important, but if you want a 52” measurement, then you need a very wide back and a big ribcage as well.

On top of that, you’d likely need to be around 20% body fat—you just don’t see anyone outside of pro bodybuilders and genetic freaks who have a lean 52 in chest.

Of course, you can still have a great chest and upper body without having a 52” chest. Tracking your measurement is useful for evaluating your progress, but you shouldn’t focus on attaining a specific chest circumference since you might not have the frame size to achieve it.