Find out just how big a 54 inch chest and a 55 inch chest really are. 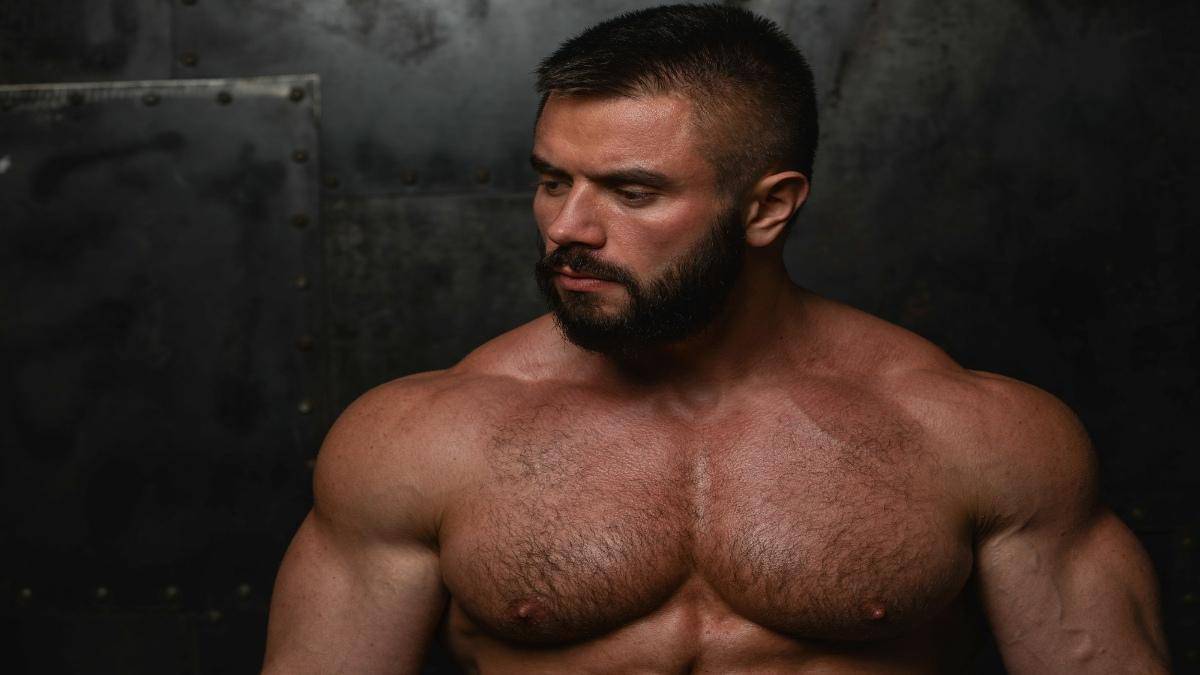 This article will answer a few different questions. But there’s one thing that we know for certain: A 54 inch chest or a 55 inch chest definitely isn’t an average chest circumference for a man of any description.

Well, there are a few bodybuilders who likely have a 54” chest or a 55” chest, but these fellas are the extreme exception.

So, in addition to putting the sheer enormity of a 54 in chest into perspective, this article will also debate whether it’s possible to build a 54 or 55 in chest naturally.

Is a 54 inch chest big? Yes, a 54 inch chest measurement is very big for a man because it’s around 12-14 inches bigger than normal. So if you genuinely have a 54” chest, then you’re either obese (overfat) or extremely muscular.

To put things in perspective, you could have a chest that’s 10 inches smaller than 54 inches and still be considered jacked.

So the only way to get a 54 in chest naturally is to either have a massive frame or to be a professional bodybuilder. You’ll learn exactly why this is later on.

But it suffices to say that most of us simply don’t have the genetics to build a 54” chest without getting really fat.

A 55 inch chest is truly huge. It’s around 13-15 inches bigger than normal for an adult male. The only individuals who have a 55” chest are pro bodybuilders and those who are obese.

If you have a 55 in chest, then you’d almost certainly need to get your shirts custom-made. So while it’s fine to not be normal in many cases, you can clearly see that having a 55” chest is pretty unhealthy because it’s very likely an indicator that you’re obese.

Even if you have a 55 inch chest due to being extremely muscular, it’s still unlikely that you’re living in your best health. With bodybuilding, there comes the point where too much is too much. Gaining muscle mass is fine and will improve your longevity, but don’t take it to the extreme and build a 55” chest if you want to remain healthy.

In most men’s clothing brands, a 55 inch chest will be equal to a 3 XL (XXXL) or a 4 XL (XXXXL). If your chest is this big—and especially if it’s out of proportion with the rest of your body—your best bet is to look for shirts and jackets online.

Is it possible to get a 54 inch or a 55 inch chest naturally?

It might seem ridiculous to suggest that a natural lifter could sculpt a massive 54 inch chest or 55 inch chest. But given the right genetics and enough years in the gym, I think that it’s possible.

After all, a large chest circumference encompasses more than just pectoral muscle mass; the width of your back and the size of your ribcage play a massive role in determining your chest measurement.

So, if someone has a really big frame and a super-wide back, then it’s conceivable that, given enough time, they could build a 54” inch chest or a 55” chest. But they’d likely need to be very tall and willing to bulk up to a higher-than-usual body fat level, perhaps around 20-25%.

In muscle magazines, it’s common to see bodybuilders who have a 54 inch chest or a

55 inch chest. But in real life, these barrel-chested individuals are few and far between.

While there are plenty of people with muscular chests, you just don’t see people outside of fitness expos who have 54” or 55” chests.

The good news, of course, is that you don’t need to achieve a specific circumference measurement in order to look your best. You can have shirt-ripping pecs without having a 55 inch measurement or anywhere close to it.