See what it takes to build a 56 inch chest and a 57 inch chest in real life. 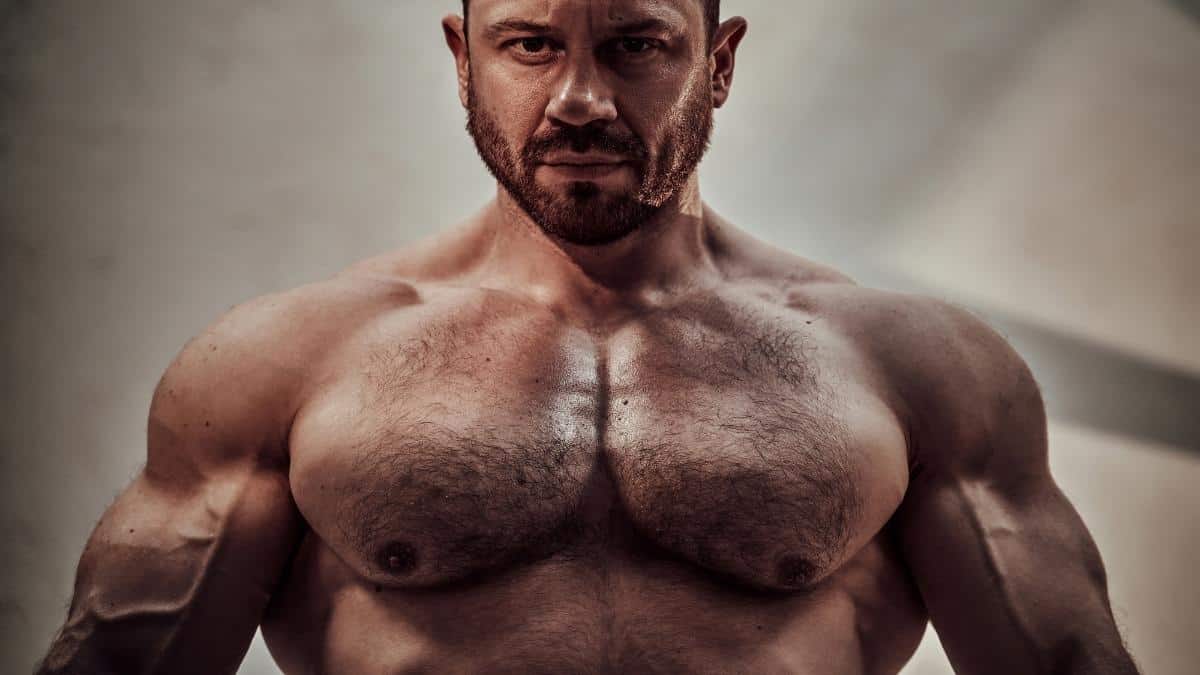 Of course, most people don't have a chest that big. But that's not to say that there aren't some people who do (or who have the potential to).

So if you're curious about who actually has a 56 inch chest or a 57 inch chest, then this article is for you. I'll also discuss what it would take to achieve such a chest size naturally (i.e., if you're not a professional bodybuilder).

So, just how big is a 56 inch chest? To put it bluntly, a 56 inch chest is almost incomprehensibly big. You could go your entire life without ever seeing someone with a massive 56" chest.

So, given the enormity of a 56 in chest, who actually has one?

The reality is that there are only 3 categories of people who have a genuine 56 inch chest. These are professional bodybuilders, obese people who have excess body fat, and large-framed individuals who likely possess a mixture of muscle mass and body fat.

The truth is that even when you see someone at the gym with bulging pecs, their chest probably doesn't measure anywhere near 56 inches in circumference.

This just goes to show that how a muscle group or body part looks is more important than its actual measurement.

Honestly? For most people, no, it's not possible to build a 56 inch chest or a 57 inch chest without becoming seriously obese and overfat.

However, given an optimal scenario, there are a few people who possess the genetics to build a genuine 56" chest or 57" chest.

First off, you'd need a massive ribcage, which likely means that you'd also need to be very tall. Your bone mass is the primary determinant of a given circumference measurement, and this most certainly includes your chest size.

Additionally, you'd need a wide back. The actual pectorals don't contribute that much mass toward your chest measurement; it's your lats that really stretch the tape measure.

Also, you'd need to be willing to bulk up to a higher body level, likely between 20-30%. This would further pad out your measurement and, when combined with the frame size, back width, and chest thickness, could plausibly result in a 56 in chest or a 57 in chest.

Does anyone actually have a 57 inch chest?

A 57 inch chest is absolutely massive, so you'd be forgiven for thinking that nobody has a 57" chest in real life. However, in his prime, bodybuilder and actor Arnold Schwarzenegger reportedly had a lean 57 inch chest, and his pecs were truly huge.

In addition to his biceps, Arnold's chest was his most iconic body part. And at a colossal 57 inches, you can clearly see why. It just goes to show that you pretty much need to be an elite-level bodybuilder if you want to get a lean 57 in chest.

At 6′2″, Arnold was considerably taller than the average bodybuilder, so you can see how important frame size (and, in particular, ribcage size) is for building a 57" chest.

As if a 57 inch chest wasn't big enough, you're about to learn about the bodybuilder who built a show-winning 58 inch chest. Can you guess who it is?

The eight-time Mr. Olympia winner had a ripped 58 inch chest and an incredible amount of muscle mass in general.

A once-in-a-lifetime bodybuilder, Coleman set the standard for mass. There are plenty of bodybuilders nowadays who definitely don't have a 58" chest, so you can see how Coleman was way ahead of his time.

In men's clothing, a 56 inch chest will either be a 3 XL or a 4 XL. On the other hand, a 57 inch chest or a 58 inch chest will be a 4XL most of the time and potentially even larger depending on the brand.

If your chest is this big, then you'll likely need to get tailored shirts or look for "big and tall" brands that cater to people of your size. This will enable you to buy shirts and jackets that fit you well.

In conclusion: Should you aim for a 56 inch chest or not?

The reality is that you likely don't have the genetics to build a 56 inch chest without getting super fat. Granted, there are definitely obese individuals out there who might even have a 57 inch chest or a 58 inch chest, but this kind of physique isn't desirable from a health perspective.

Your best bet is to lift progressively heavier weights and slowly increase your body mass while letting the circumference measurements take care of themselves.

So while you might not get a 56", 57", or 58" chest without a massive frame, you can still build a muscular body that you can be proud of.