Our fast-paced bicep circuit will leave your bis pumped and primed for growth. 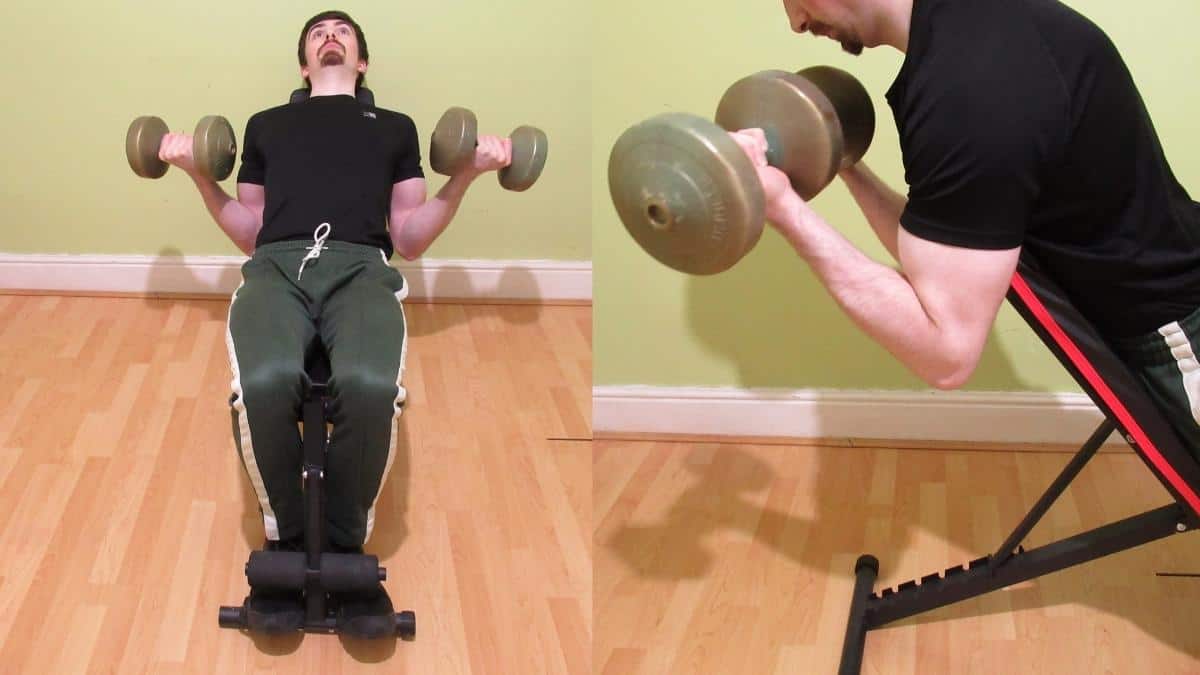 Understanding the science of the human biceps will help you to select the most optimal exercises for your bicep circuit training workout. But don't worry; there's not going to be an anatomy lesson today.

After trying over 150 different movements, we handpicked the best biceps exercises for your circuit workout. So you don't need to worry about leaving any part of your biceps understimulated.

Rest 20-40 seconds (you're choice) between exercises. While many circuit workouts have 0-10 seconds of recovery time to keep the intensity as high as possible, this simply isn't feasible when you're performing a circuit routine for the same muscle group. So you could even rest up to a minute and still get great results from this fast bicep workout.

After each round (i.e., after performing all four exercises), rest for a full 2-3 minutes before going again.

Perform 3-4 rounds in total (or 2 if you want to make this a beginner bicep workout).

You'll also need a few different pairs of weights (two specifically). This is because you can naturally lift more resistance on incline curls than spider curls.

Incline bench bicep curls make an excellent addition to any dumbbell bicep circuit because they put the biceps under a massive stretch. This helps to break down the muscle fibers so that they can repair after your workout and grow back thicker than before.

Incline curls also emphasize the long (outer) head of the biceps by having you curl with the weights behind your hips. So if you want your biceps to look wider and taller, make sure to give this exercise everything you've got.

The first two movements in this biceps circuit both use dumbbells and a bench. This way, you don't need to waste energy by trekking across the gym to get different equipment; you can put all of your efforts into your sets instead.

In contrast to incline curls, spider dumbbell curls emphasize the short (inner) head of the biceps. So depending on which head is less developed on you, you can play around with the order of these exercises and perform the ones that target your weaker head first in the circuit.

No pair of bulging biceps is complete without an equally impressive set of brachioradialis and brachialis muscles. That's why you're going to be testing your strength-endurance with the in and out hammer curl.

Unlike regular hammer curls, the in-out variation "hammers" your arms with more growth-stimulating training volume because one full repetition consists of an "in" rep and an "out" rep. So you're actually doing between 20-24 regular repetitions in this high rep bicep workout.

You're going to end your bicep circuit training workout by doing curls with resistance bands.

Unlike dumbbells (which you can use instead of bands if you want to), resistance bands provide constant tension and are more joint-friendly. Plus, they're incredibly portable. So even if you can't get to the gym and only have basic equipment, then you can still benefit from this bicep circuit.

You can do this biceps circuit in roughly the same amount of time as our popular half hour bicep workout. If you shorten your rest periods, however, then you can probably complete it even faster.

Hence, circuit training is one of the best exercise methods for those who are short on time but still want to blast their biceps.

This is the best bicep circuit for those who’re seeking a short workout that uses minimal equipment. While you can definitely do this bicep circuit at the gym, we designed the program so that you can also perform it in your living room with only a small amount of space.