Blast your brachioradialis—not your wrists—with the reverse EZ bar curl. 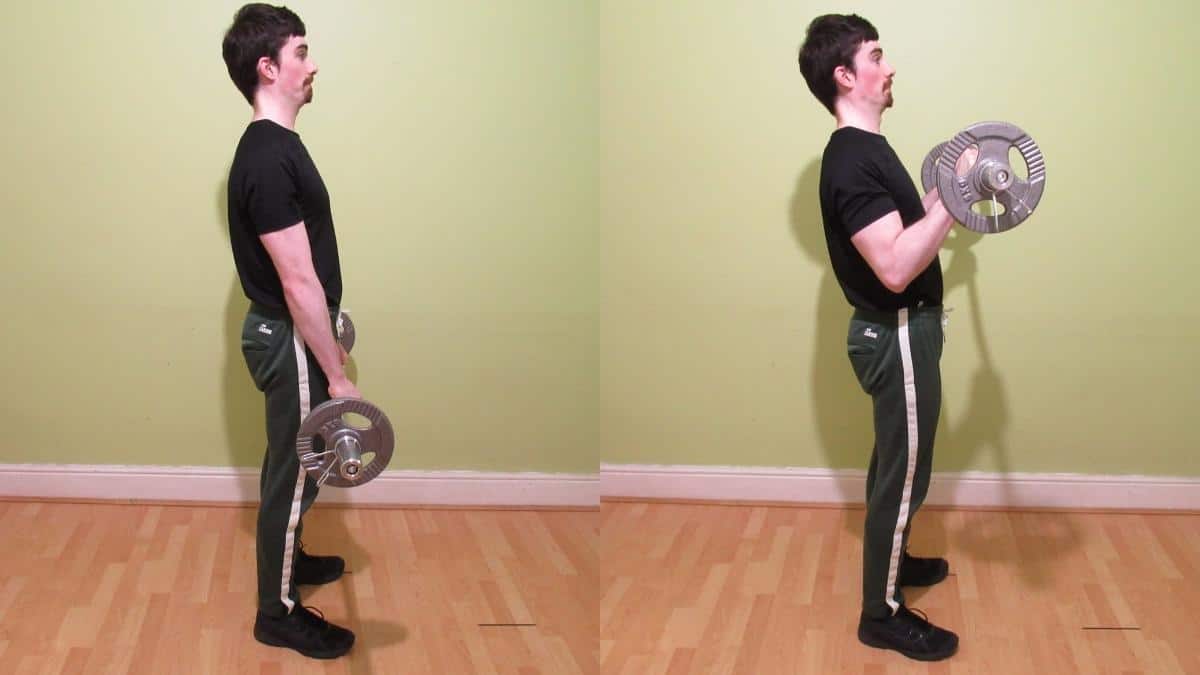 The bicep anatomy is surrounded by other important arm muscles, such as the brachialis and brachioradialis, which are, at best, an afterthought for most weight lifting enthusiasts. However, by doing EZ bar reverse curls, you can build more proportional arms by improving the muscles that are currently lagging behind your biceps in development.

This guide shows you how to do EZ bar bicep curls with a reverse grip so that you can preferentially target your brachioradialis and brachialis muscles by placing your biceps in a position of mechanical disadvantage.

How to perform a reverse grip EZ bar curl

The reverse EZ bar curl has many of the same advantages as exercises like the reverse kettlebell curl. However, there are also some unique plus points to this movement that the other variations simply don't provide.

The regular reverse curl can often hurt your wrists because you're forced to hold the bar with a fully pronated grip, which is a very unnatural hand position. After all, we don't walk around with our knuckles pointing straight ahead. [1]

Also, try to use a thumbless grip if you can. While this does make the easy curl bar harder to hold onto, such a grip also forces your brachioradialis to work harder because the bar can't rest on your thumbs.

You can also see our wide grip EZ bar bicep curls guide if you want to learn more about how different grips affect muscle recruitment.

A high proportion of strength trainees have decent biceps but much weaker brachialis and brachioradialis development. This results in arms that look unsymmetrical and unaesthetic. [2]

You can bring up your brachialis and brachioradialis by doing more reverse EZ bar curls than supinated curls. This will give your lagging muscle groups a chance to catch up in both size and strength while also preserving the bicep mass that you currently have (the reverse EZ curl still works the biceps quite a bit).

While you can still do exercises like close grip EZ bar bicep curls to target the biceps directly, it's recommended to perform more sets of the reverse grip EZ curl—at least until your arms become more balanced—so that the gulf in size between your biceps and brachioradialis doesn't become too large.

The reverse EZ-bar curl is a valuable exercise if you train at home because you only need access to a few free weights and a small amount of workout space.

On the other hand, if you have very limited equipment, you can do the resistance band reverse curl instead, which you can literally perform anywhere.

The reverse grip E Z bar curl, however, offers more room for progression because you can increase the weight in manageable increments. Microplates are helpful here because they enable you to gain strength faster by allowing more frequent weight jumps, which will ultimately enable you to overload your arms with higher resistance levels and trigger more muscle growth.

The verdict: Are reverse EZ bar curls better than the regular version?

The reverse EZ bar curl should be the default reverse curl variation for anyone who feels wrist discomfort when they grip a regular barbell.

This is because the easy curl version places your hands in a more natural position that enables you to focus on getting a great workout rather than on the annoying ache in your wrists that would otherwise occur from the barbell version.

Your best bet is to perform the reverse grip EZ bar curl for a mixture of high and low rep sets. This approach ensures that both the fast and slow-twitch muscle fibers receive enough stimulation to grow at their optimal rates.

Also, make sure that you perform supinated as well so that you can build a bigger bicep peak.