How to do a wide EZ bar curl

Blast your biceps, not your wrists, with the wide grip EZ bar curl. 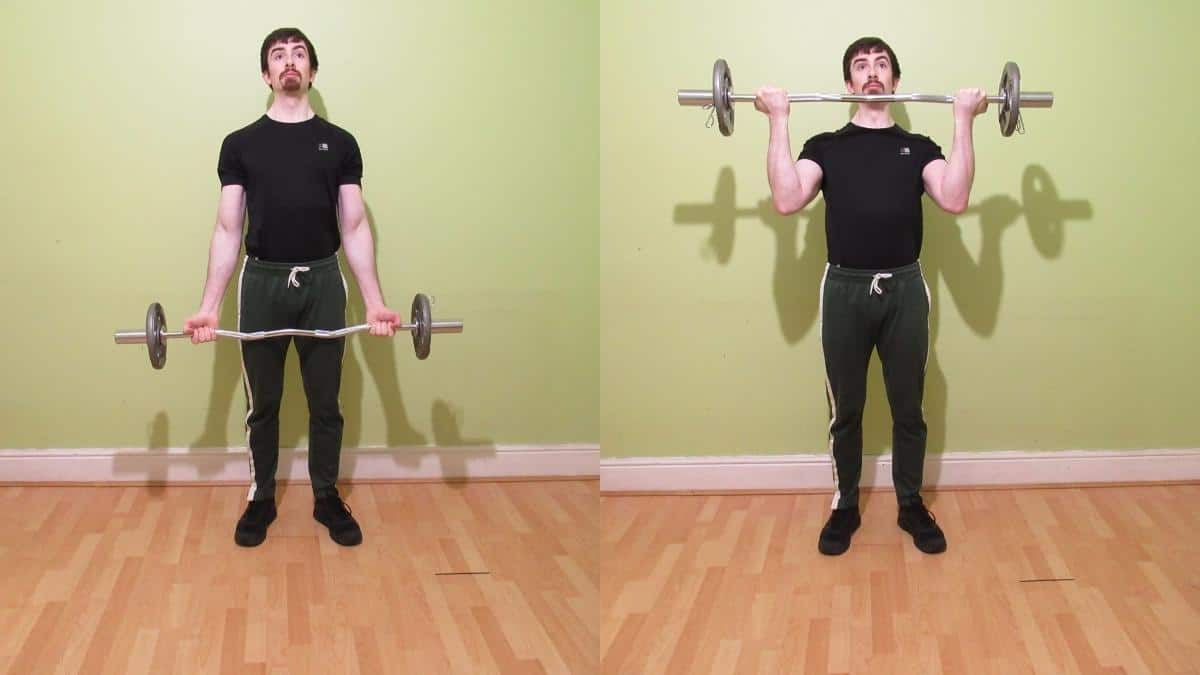 Due to the origin and insertion of the biceps brachii, you can shift more of the tension onto the inner muscle fibers of your biceps by performing a wide EZ bar curl.

The movement is very similar to the standing EZ bar curl, except that you're using slightly wider hand spacing. There's no need to exaggerate your grip by holding the bar at its ends. Less is usually more when it comes to modifying your grip to target different regions of the biceps.

How to do wide grip EZ bar curls

EZ bar wide grip curls are, in general, a brilliant exercise for building your biceps, especially if your goal is to gain mass. However, there are also a few downsides to the movement that you need to be aware of, hence why we created this list of pros and cons.

Pro: You can lift heavier weights

This makes the wide grip version particularly effective if you're trying to bulk up your biceps because you'll be able to overload your muscles with more resistance and stimulate greater hypertrophy.

Just remember that it's not a case of the wider, the better. Use a moderately wide grip rather than an extra-wide grip to prevent your biceps from falling into a weaker position (extreme grips reduce a muscle's ability to produce force).

Similarly, don't let the extra weight that you'll be able to lift on wide grip EZ bar curls turn you into an ego lifter. Always perform a full range of motion so that you recruit the most amount of muscle fibers possible. This entails lifting the bar until your biceps are maximally contracted and then lowering it until your elbows reach full extension.

Many lifters obsess over building their bicep peak before they've developed a solid foundation of muscle mass.

This is a mistake.

While the long head will make your biceps appear wider and taller from certain angles, the short head contributes a lot of size to your overall bicep mass. Therefore, you should focus on exercises that enable you to lift the heaviest weights possible so that you can overload your biceps with more resistance and make them grow larger.

Performing a barbell curl with a wide grip is a good idea in this regard. This movement puts your biceps in their optimal supinated position, which increases their ability to produce force, thus enabling you to lift more weight than the EZ version.

The downside is that barbells can often place excessive strain on your wrists and forearms, especially as your biceps become stronger. As such, doing preacher curls using a wide grip is another good option if you have access to an EZ bar.

Con: It can feel unnatural

A lot of gym-goers do the wide EZ bar curl for the first time and then complain that the exercise feels strange, almost as if their hands shouldn't be in such a wide position.

Well, they're right; your hands shouldn't be in an extra-wide position.

Many people incorrectly interpret the word wide in the context of curls.

Remember, you can't completely isolate regions of the biceps. Rather, you can only emphasize the different heads by slightly altering your grip.

So if wide grip EZ bar curls feel weird, then there's a good chance that you're using an excessively wide grip and thus reducing the ability of your biceps to produce force.

Conclusion: Are wide EZ bar curls worth your while?

The wide EZ bar curl is a great overall mass builder for the biceps. Although this exercise biases the tension toward the short (inner) head, the movement is still highly effective for increasing the size of your arms as a whole.

The trick is to use a comfortably wide rather than an excessively wide grip. Holding the bar just outside shoulder width is the perfect hand position to take because it emphasizes the inner muscle fibers of your biceps without limiting your strength, which is what extreme grip widths do.

Perform the wide grip EZ bar curl for 3-5 sets of 6-12 reps so that you can focus on the fast-twitch muscle fibers (the fibers that grow the biggest) while still doing enough repetitions to get plenty of training volume.