How to do a Smith machine drag curl

Don't make these 4 Smith machine drag curl mistakes if you want to build your biceps. 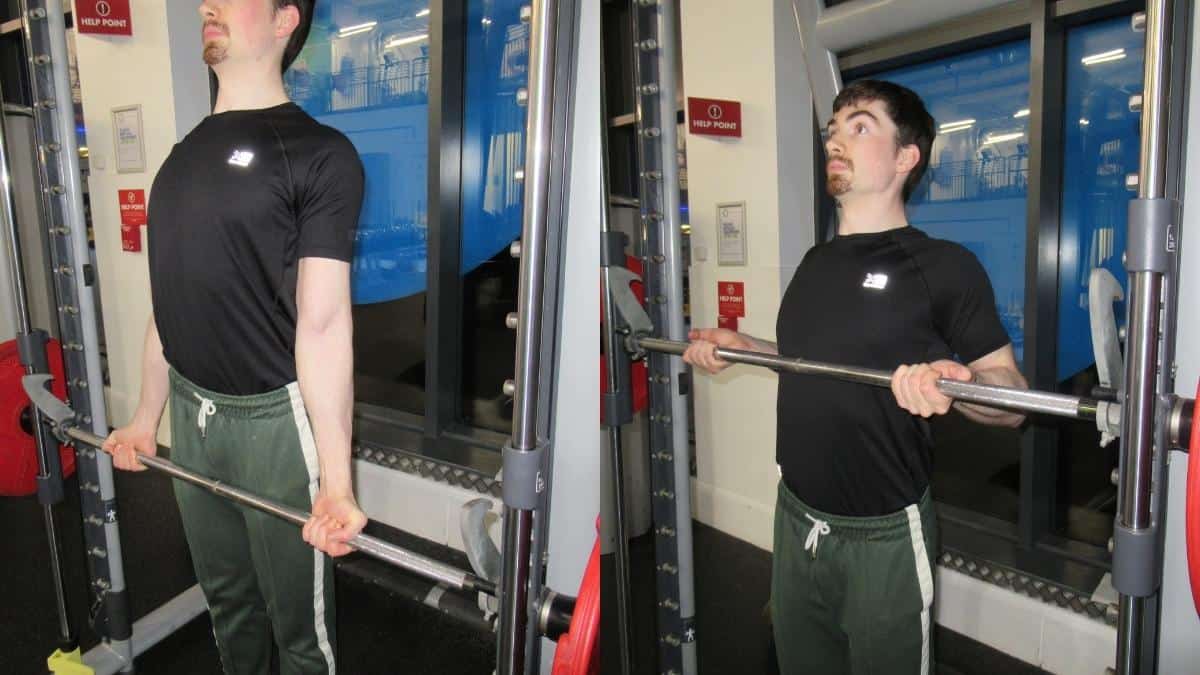 Smith machine drag curls are an excellent exercise for isolating the bicep muscle because the machine stabilizes the bar for you. As such, you can focus 100% of your attention on blasting your biceps to get the most out of each and every rep.

The following guide explains how to perform a Smith machine drag curl with the optimal muscle-building form. We'll then discuss the four mistakes that you need to avoid in order to achieve the best results from your bicep training efforts.

Smith-machine drag curls are a brilliant bodybuilding exercise because, when you use the proper form, they enable you to keep the vast majority of the tension on your biceps in order to make them more peaked.

However, if you make any of these four fatal mistakes, then you'll be shortchanging yourself by taking tension off the target muscles.

Turning it into a shrug

Performing the drag curl Smith machine style is a great idea because the machine makes it virtually impossible to cheat the weight up with your shoulders. That said, many lifters still get tempted to shrug the weight up with their traps so that they can lift more weight, which is also a problem with EZ bar drag curls.

Shrugging the weight up is an example of improper form and defeats the purpose of this isolation exercise. While it's natural to feel a moderate amount of trapezius activation due to the fact that you're essentially rowing your elbows behind your body, you should still feel the vast majority of the tension in your biceps.

Thinking about decreasing the distance between the undersides of your forearms and your biceps is a helpful tip because it forces you to initiate every rep by squeezing your biceps. Or, to say it another way, the weight should only move up as a consequence of you contracting your biceps.

The Smith drag curl, like resistance band drag curls, gets harder the higher you lift the weight up, which is to say as your biceps become more contracted. Therefore, by performing partial reps, you're never achieving that growth-stimulating muscle contraction that's so crucial for hypertrophy.

As a rule of thumb, you know that you're getting a full range of motion when your forearm flexors are pressed up against your biceps. At this point, it's not possible to lift the weight any higher without shrugging it up, which wouldn't actually do anything extra for your biceps anyway.

Also, make sure to lower the bar all the way down. While there isn't much tension at the bottom of a Smith drag curl, you still want to ensure that your biceps attain a full stretch, which you can do by flexing your triceps at the bottom of the movement (when the triceps are flexed, the biceps are by definition stretched/lengthened).

Don't fall at the first hurdle by standing too far away from the Smith bar. If anything, do the opposite—stand as close as you possibly can to the bar.

If you don't stand close enough to the Smith machine, then your shoulders will be able to contribute more force toward the lifting motion, which in turn means that your biceps will receive less stimulation.

You know that you're in the correct position when the bar brushes against your body for the entire duration of the set.

If you want to work your brachialis and brachioradialis muscles more so than your biceps, then you can also do the reverse drag curl with an overhand grip.

Gripping the bar too tightly

The Smith machine drag curl is a bicep exercise. Therefore, your objective should be to keep as much of the tension on the target muscle as possible.

One way that you can do this is by gripping the bar lightly rather than tightly. This way, your forearms won't be as active, which will make it easier to feel your biceps working.

Second, extend your wrists slightly as you grip the bar so that your forearms flexors aren't too contracted. Again, this bicep-first approach to Smith machine drag curls will help you to get the most from the exercise.

On the other hand, if you want to develop more bicep power, then you can check out our tutorial for the Smith machine curl throw.

Should you do the Smith machine drag curl for your biceps?

The Smith machine drag curl is better at isolating your biceps than the Smith machine bicep curl because it involves fewer secondary muscles, specifically the shoulders and forearms.

While I prefer using free weights for this exercise due to the greater convenience, the Smith machine version is arguably better because you don't have to stabilize the bar; you only need to put effort into stretching and squeezing your biceps.