How impressive is a 135 pound bicep curl?

Learn if a 135 lb barbell curl is a good amount of weight to be lifting. 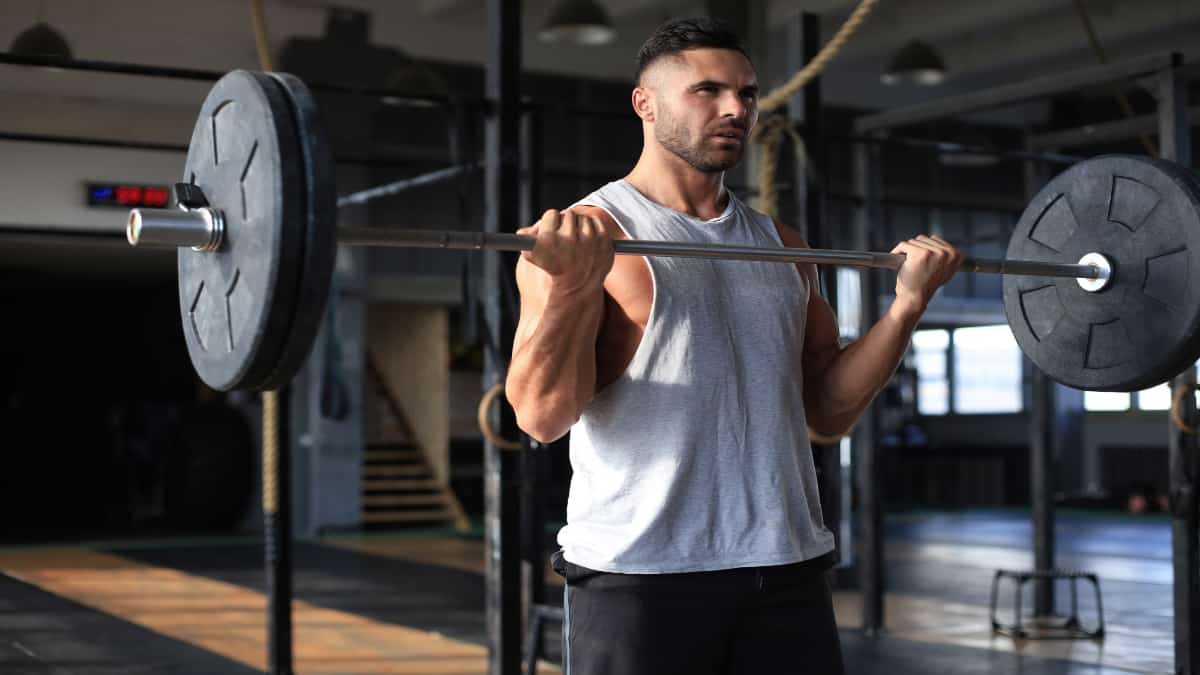 If you know anything about bicep curl standards, then you’ll know that a 135 pound curl is a seriously impressive feat of strength for a natural lifter.

The biceps brachii musculature, after all, is a relatively small body part. So to be able to curl as much weight as many people can bench press is quite an achievement.

With that in mind, this guide shows you the kind of strength, size, and training experience that it takes to perform a strict 135 lb barbell curl.

See How Your Bicep Curl Stacks Up:

Is a 135 pound curl attainable for most natural lifters?

Yes, a 135 pound barbell curl is attainable for natural lifters with well-above-average bicep strength and plenty of training experience.

While a 135 lb curl is obviously a challenging lift to complete for most people—even for one hard-earned rep—it’s also within the realm of possibility for those who are willing to train hard.

Additionally, many lifters can swing 135 lbs around for a few reps. But that doesn’t say anything about your bicep strength.

It’s much better to bicep curl 135 pounds for a single, strict rep than it is to lift 135 lbs 10 times with all of the muscles in your body (that’s called a deadlift).

I’d say that most people need at least 5 years of training experience in order to curl 135 pounds 3-5 times with good form. And that’s based on lifters who have good genetics for putting on muscle mass.

These 135 pound curl case studies will help you to see what kind of physique it takes to curl 135 lbs.

The man behind the YouTube channel trev & shane posted a video showing what he called the “strictest 135 pound curl on the internet”.

And I’d have to agree.

He performed two extremely slow and strict reps using nothing more than his biceps.

If you want to know what good form looks like, watch his video. He didn’t lean back or use any momentum from his legs and shoulders to get the weight moving.

That’s how you build muscle while staying injury-free.

Andrew Richard posted a video of himself doing 135 pound bicep curls for 6 clean reps, a very impressive feat of strength for a man who was only 18 years old at the time.

This video is more than 10 years old, and if you check out Andrew’s other videos, you’ll see that he’s even stronger nowadays.

But even a decade ago, Andrew made 135 pound curls look relatively easy.

As he says, his knees were completely locked out, so it’s not like he could use his legs or hips to jerk the bar up.

Of course, most people are going to need to use some very slight momentum to even budge 135 lbs.

But if you want to see what curling 135 lbs for reps looks like, then this is a great example.

The man who operates the YouTube channel Sporto4323 is extremely strong, and that strength most definitely transfers to the bicep curl.

Unlike other lifters, he didn’t start swinging the weight up when his biceps reached failure (which is great for injury prevention).

He tried to get a 14th rep but couldn’t quite get the bar up. Now, that’s what training to true muscular failure looks like.

As you can see, this guy has some very big biceps. So it just goes to show that bicep size is without a doubt the most significant determinant of your curling strength.

Perhaps it also helps if you have a cameraman giving you some, shall we say...words of encouragement?

This video, in which he performed 7 reps, is an example of his best lifting technique.

First, let’s address the obvious concern of the YouTube commenters. Yes, Tim was using some momentum—by leaning forward and then back again—to lift the bar during the concentric phase of the rep.

However, unlike other videos where the person was purportedly curling “135,” we know that Tim was actually curling 135 pounds because he was using an Olympic bar (the other people that I saw had a 45 lb plate on each side of what looked like a 25 lb curl bar).

As you can see from the ample case studies, performing a 135 lb barbell curl for reps is a realistic feat of strength for natural lifters.

With the videos, you also saw the difference between 100% strict form and using slight momentum.

Both techniques work and are valid. Just don’t get tempted to throw your form out the window and swing the weight up with your entire body in order to curl 135 pounds as quickly as possible.

Your best bet for achieving a 135 pound curl is to a) train with free weights and b) increase the muscularity of your biceps via a hypertrophy-focused program.

Lifting free weights will strengthen your core and stabilizer muscles while building your biceps will give you the raw power to curl 135 lbs.