Find out why it's (almost) impossible to build 30 inch shoulders. 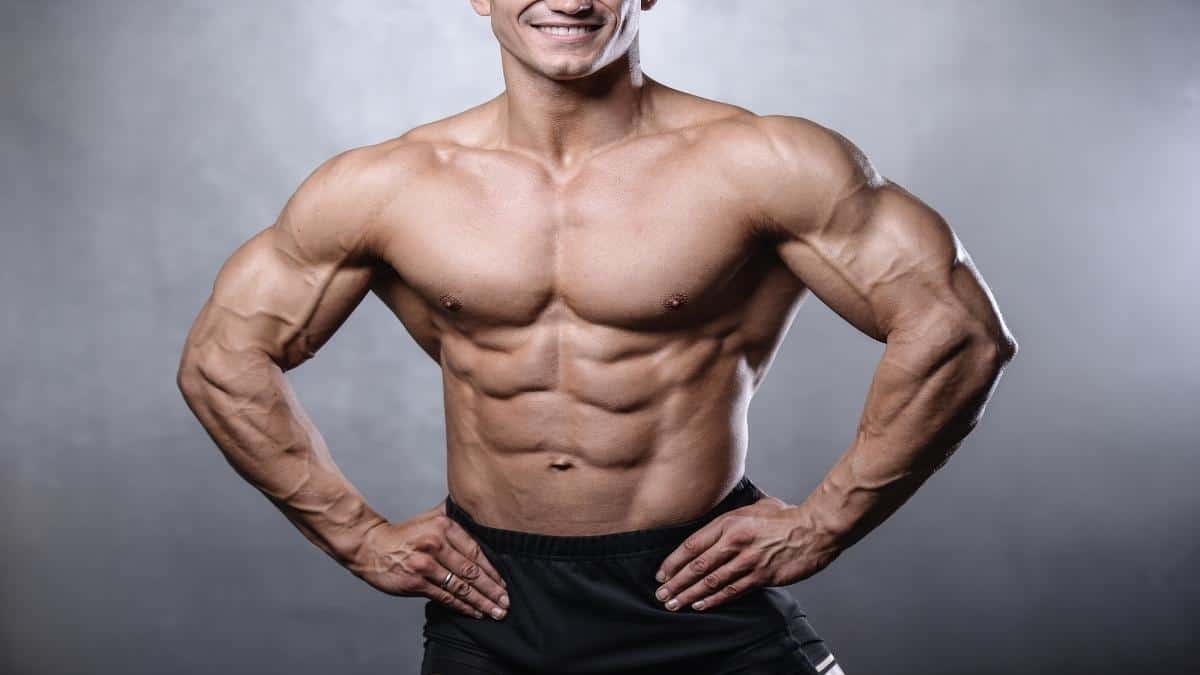 Would it be possible for a human to build 30 inch shoulders? That's the topic of today's post, and the answer might be surprising.

When you consider that the average human shoulder width for a man (measured deltoid to deltoid, not biacromial breadth) is 11-12 inches less than our 30-inch case study, you'd be forgiven for thinking that sculpting 30 inch wide shoulders is simply impossible.

But in this thought experiment, I'm going to make a case for the possibility of building 30″ shoulders given the optimal scenario. Let's get into it.

Does anyone have 30 inch shoulders in real life?

I've observed many a pair of broad shoulders in my time, whether at the gym, at a fitness expo, or through my TV set. But I've never seen someone with verified 30 inch shoulders.

Still, there are a few categories of people who I believe could possibly have 30 in shoulders—the main one being professional strongmen, and the others being pro football players and basketball players.

The main reason for this is that the above categories of athletes are often very tall and therefore typically have really wide clavicles, which is the foundation of any broad pair of shoulders.

But the case of strongmen is especially compelling because the competitors also have very filled-out frames with an incredible amount of muscle mass.

If you look at some of the current competitors and champions over previous years (think Brian Shaw and Hafthor Bjornsson), you can see that they're extremely tall and wide and commonly walk around at over 400 lbs.

So given these imposing stats, I don't think it's outside the realm of possibility that a couple of the top guys have a 30 inch shoulder width.

Another example of someone who might well have 30 inch shoulders is the 'Dutch Giant' Olivier Richters, who, in addition to being a towering 7'2″, has a truly massive physique.

What would it take to build 30 inch shoulders?

But when it comes to building 30 in shoulders, bone structure isn't enough.

You'd then need to fill out your colossal frame, giving particular attention to your upper back and deltoids.

Adding fat, which is natural for a strongman competitor, would further help to pad out your frame and stretch the tape measure.

All of this would mean weighing a lot, likely in the range of 350lbs to 450 lbs. But given all of the above, I definitely think it's possible for an elite strength athlete to have a 30 inch shoulder width.

If not 30 inches, then I think they could at least come very close.

Is it good to have 30 inch wide shoulders?

I certainly can't speak from experience, but I'd have to say that having 30 inch wide shoulders is both good and bad.

Having imposing 30 inch shoulders is good in the sense that it means you're one of the biggest humans on earth, have instant respect from almost everyone, and could probably forge a huge career as an actor (just look at Olivier Richters and Hafthor Bjornsson).

On the other hand, some people might not like the constant attention that comes with being so huge. After all, if you're walking around with genuine 30″ shoulders, then your picture is bound to end up on the internet sooner or later!

And that's to say nothing of the challenge of fitting your massive frame in a car seat or airplane seat. And how about clothes? You'd need to get them specially made as well.

So while having 30 in shoulders is definitely cool, it's also something that you'd need to embrace if you want to make the most of your very unique body.

So as you probably guessed the moment that you saw the title, building 30 inch shoulders is impossible for virtually everyone except for a few genetic freaks.

But given the right genetics (a massive frame with ridiculously long clavicles) and years of dedication to actually fill out that frame, I'm convinced that a tiny minority of strength athletes could sculpt (record breaking?) 30″ shoulders.