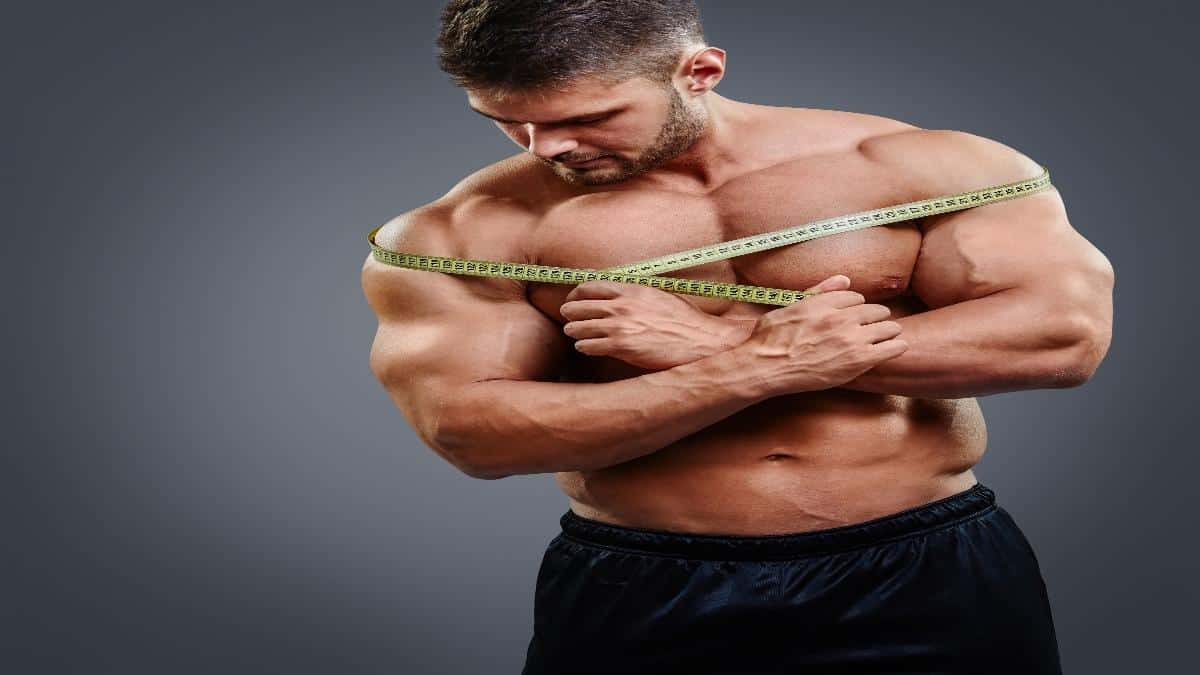 Outside of superhero movies, such shoulder measurements are remarkably rare and are certainly unattainable for the vast majority of people—even those with a larger frame.

You can learn how to take a shoulder measurement to see how you compare, but I highly doubt that your shoulders will be 25 inches.

How wide are 25 inch shoulders?

That might not sound like a lot, but since shoulder width doesn't seem to vary as much as something like height does, 6-7 inches is a huge and highly noticeable difference.

It suffices to say that if you ever see someone with genuine 25″ shoulders, you'll instantly take notice of their imposing upper body and marvel at the size of their physique.

Of course, none of this is to say that you can't still have broad shoulders if your shoulders measure less than 25 inches. Rather, it's simply to highlight the sheer width of 25 in shoulders because it's not a sight that you'll see every day.

Does anyone actually have 25 inch shoulders?

I'm sure that there are some professional athletes—think football players and basketball players—who have 25 inch shoulders due to a combination of frame size and muscle mass.

Additionally, there are likely a decent number of professional bodybuilders who have shoulders that measure 25 inches or even more.

So as I've said before, in order to get 25″ shoulders, 26″ shoulders, or 27″ shoulders, you need one of two things and perhaps both; a massive frame with long clavicles and/or superphysiological levels of upper body muscle mass.

How about ​​26 inch shoulders?

That's true. But when your shoulders are already extremely wide, adding an extra inch is so difficult that it's hard to put into words.

After all, the deltoids as a muscle group don't contribute that much physical width to your shoulders unless you're a pro bodybuilder; it's your clavicle width that really gives you broad shoulders.

And it's not like you can widen these crucial bones. So there's very little that you can do besides widening your deltoids and upper back muscles and perhaps also improving your posture.

Could you build 25 inch shoulders naturally?

It depends. If you have a really big frame (let's say you're 6′7″) that's well filled out, then there's a decent chance that you can get 25″ shoulders. But for the rest of us?

Probably not. Unless you have the necessary combination of really wide clavicles and heaps of muscle mass, you likely don't have the ability to attain 25 in shoulders naturally. But you might be able to come close.

How about 28 inch shoulders?

Now we're getting into the borderline unbelievable shoulder width territory. Are there any people on earth who're walking around with 28 inch shoulders or 29 inch shoulders?

I certainly haven't seen any. But then again, I've not measured any professional strongmen, who're some of the biggest people on the planet.

I'd be willing to bet that at least a few strongmen have 28 inch shoulders since they're usually very tall and wide. Plus, they have so much muscle mass that I could definitely see the tape stretching beyond 28 inches in a few cases.

Outside of this elite group of lifters, I highly doubt that anyone has 28 inch shoulders. Even the biggest guy in your gym is probably nowhere near the 28 inch mark.

As I said, clavicle width doesn't seem to vary as much as height, so you just don't see many people with massively wide shoulders outside of perhaps professional strongmen.

But this isn't to say that sculpting 25″ shoulders or even 28″ shoulders is impossible. Rather, it just requires certain genetics that most people don't have.