How to do cable drag curls for your biceps 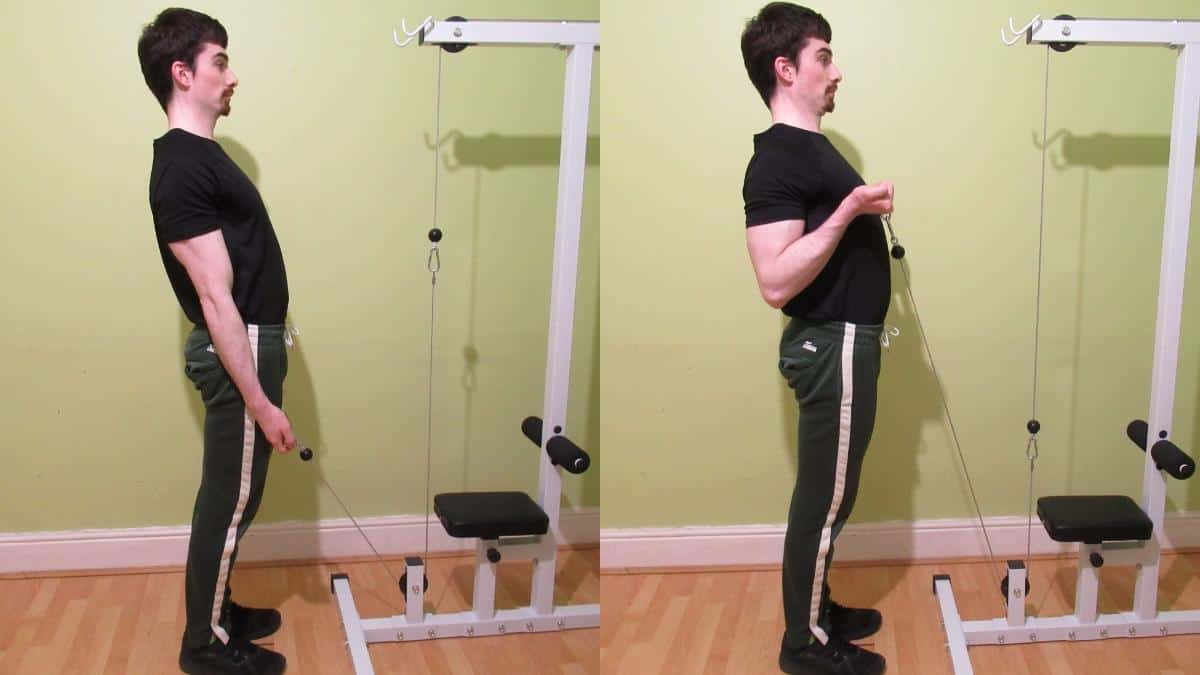 The bicep muscle is an iconic body part that most lifters never develop to its fullest potential because they struggle to curl with the proper form.

Bicep cable curls certainly build mass, but because you have to curl the bar in an arc, many people end up swinging the weight around with their lower back or shoulders—sometimes both.

And it's not like cable drag curls are a cure-all for sloppy form, either. However, due to their vertical bar path, cable drag curls and the barbell drag curl are beginner-friendly enough for novice lifters, but they're also tough enough to challenge the biceps of serious bodybuilders as well.

Related: How to pump up your biceps

How to do cable drag curls

Drag cable curls are easy to set up, and if you've been in the gym for a while, fairly easy to perform as well. However, when someone performs a cable drag curl for the first time, they usually make at least one of these three mistakes.

Shrugging the weight up

Dragging the bar up your body is another way of saying flex your elbows/biceps. [1] You shouldn't shrug your shoulders in order to move your elbows behind your body. Rather, your elbows should travel behind you as a consequence of you contracting your biceps.

While it's normal to feel a moderate amount of upper trapezius activation due to rowing motion of your elbows, you should feel the vast majority of the tension in your biceps like you would do in a cable behind the head curl.

So if you're having trouble with your traps taking over the exercise, then you can try flexing your biceps before you initiate every rep. This way, you can be sure that the first inches of movement are actually being performed by your biceps since they're already primed and ready to lift due to being contracted.

With cable drag curls and the DB drag curl, it's essential to keep the bar pressed against your body the whole time.

Because by letting the bar drift in front of you, you're shifting the emphasis from the long (outer) head of your biceps and onto the short (inner) head. As a result, you'll be less likely to develop those coveted bicep peaks because it's the outer head that's actually responsible for making your biceps appear tall and mountainous.

As long as your elbows are traveling behind your body, then you can be confident that you're emphasizing the correct part of your biceps.

You can also try the cable concentration curl if you're looking for another exercise that really forces you to squeeze your biceps and thus generate an intense muscle pump. I particularly like this drill because there are three different variations that you can try and experiment with before deciding which is right for you.

If you feel your traps taking over the movement, then there's a good chance that you're simply lifting too heavy. Most people obviously don't like decreasing the resistance because it makes them feel weaker. However, lowering the weight is probably your best bet if you want to maximize your bicep growth over the long term because when it comes to drag curls, form is more important than weight.

Cable drag curls are more about achieving a strong peak contraction over many repetitions rather than testing your strength. So I recommend using them as a finishing exercise when your biceps are already fatigued from traditional free-weight curls.

Doing a spider curl with cables is also a good idea if you want to work your biceps from a different angle and shift more of the tension onto the inner muscle fibers.

Standing too far away from the pulley

This mistake doesn't get talked about much, but it's a big one nonetheless. If you stand too far away from the cable pulley, then you'll naturally be relying on your core strength to keep your body in place.

This might not seem like a big deal, but the cable drag curl is first and foremost an isolation exercise for the biceps. However, if you constantly have to think about keeping your abs contracted, then you'll reduce the mind-muscle connection with your biceps, and your overall arm development will likely suffer as a result.

There are also various other bicep workouts with cables that you can do if you want to take a break from free weights and focus on movements that are more joint-friendly.

The verdict on cable drag curls

If you want to improve the size and shape of your biceps (who doesn't?), then cable drag curls are one of the best exercises for the job because they provide virtually unrivaled muscle isolation. With even a modest amount of resistance, you can make your biceps feel they're on fire because drag curls emphasize the peak contraction part of the rep, which in turn creates more lactic acid in the muscle belly.

It's recommended to stick to high reps so that you get enough time under tension for your biceps, but also so that you don't get tempted to cheat the weight up with other muscles like your traps.