How to do EZ bar drag curls

Can your biceps handle this challenging spider curl variation? 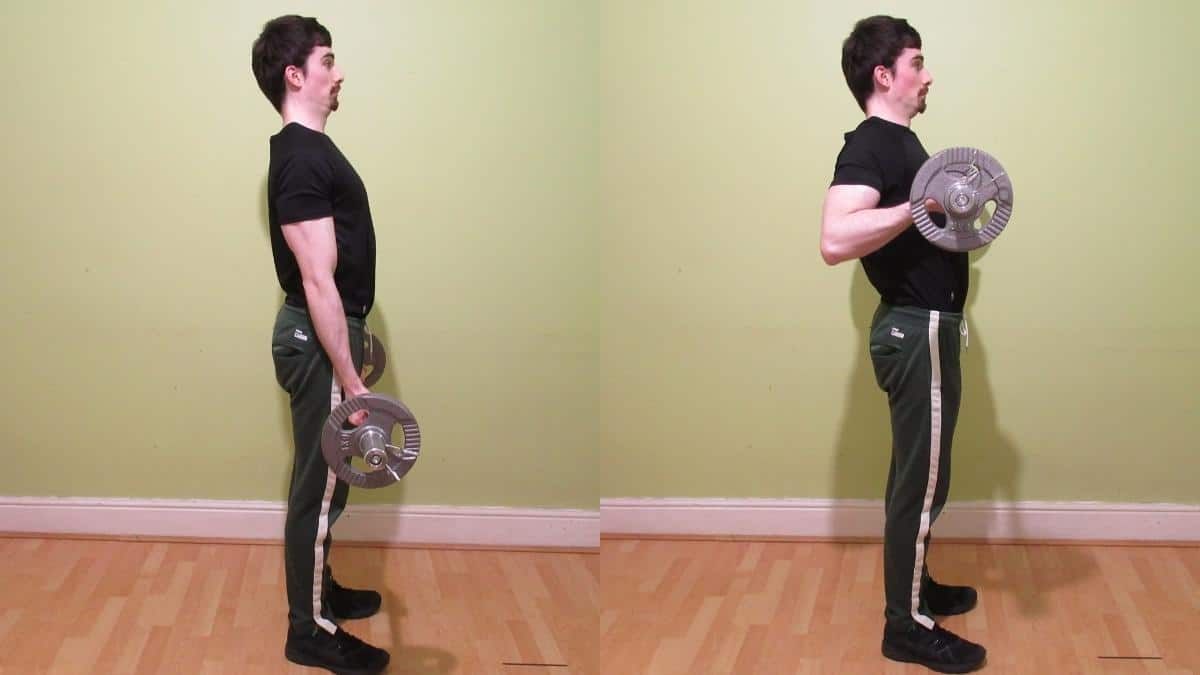 EZ bar drag curls are a safe and effective exercise for strengthening the bicep brachii. This is because easy bar curls place your wrists in a semi-supinated position, which reduces the strain on your connective tissue because your forearms aren't forced into unnatural levels of supination. As such, it's an ideal exercise to perform instead of the regular drag curl.

Performing drag curs with an EZ bar definitely has its perks. However, due to the unconventional semi-supinated grip, there are also a few downsides to this exercise as well.

Pro: Easy on your wrists

We don't walk around with our palms facing forward. In fact, it would be extremely effortful to hold your hands in that position for a prolonged period of time.

Well, just imagine how much strain your forearm flexors are under when you curl with a fully supinated grip!

You can combat this problem by using an EZ bar, all of which provide semi-supinated handles by default. Holding the bar like this puts your wrists in a much more natural position that will help you to stay further away from strains and closer to the gains.

If you're doing a drag curl with dumbbells, then you can also turn your palms in to achieve the same joint-sparing effects.

Gaining strength on standing EZ-curl bar drag curls is really straightforward because you can increase the resistance in manageable increments.

This is in contrast to something like a band drag curl, where the next resistance level is usually 10lbs or higher, which is a lot of extra weight for a muscle group as small as the biceps.

By bumping up the weight on a more consistent basis, you'll naturally be getting the best effects from your EZ bar drag curl efforts because you'll be able to overload your biceps with more resistance in order to make them grow larger.

As mentioned, doing drag curls with an EZ bar places your wrists in a semi-supinated position. And while this will undoubtedly take some strain off your hard-working forearms, it also means that your biceps are no longer in their optimal supinated position.

This biomechanical fact certainly doesn't render the exercise useless; it just means that your brachialis and brachioradialis are going to receive more stimulation than they otherwise would if you were lifting with a fully supinated grip.

Ultimately, if your biceps are lagging, then you're probably better off doing Smith machine drag curls or a similar exercise like spider EZ bar curls, both of which enable you to maximally contract your biceps.

Pro: Works the other elbow flexors

On the other hand, if you already have well-developed biceps but comparatively weaker brachialis and brachioradialis muscles, then the EZ drag curl actually makes a lot of sense.

While it doesn't work any of those three muscles optimally, it's still an efficient exercise for building overall arm mass.

If you just want to focus on bringing up your brachialis and brachioradialis, however, then your best bet is to perform a barbell reverse drag curl, which is to say drag curls but with an overhand grip.

The EZ drag curl is a fantastic exercise to do for your biceps if the regular version hurts your wrists. While the EZ variation takes some of the tension off your biceps and places it on your brachioradialis and brachialis instead, it's still an excellent movement for building the biceps because you can't swing the weight up with your shoulders.

Aim to achieve a full stretch and a complete contraction on every rep to get the most from your EZ bar drag curls. This way, you'll recruit the most amount of muscle fibers possible and put yourself on the path toward getting the arm development that you desire.