How impressive is curling 70 lb dumbbells for reps?

How strong are you if you can curl 70 pound dumbbells for reps? 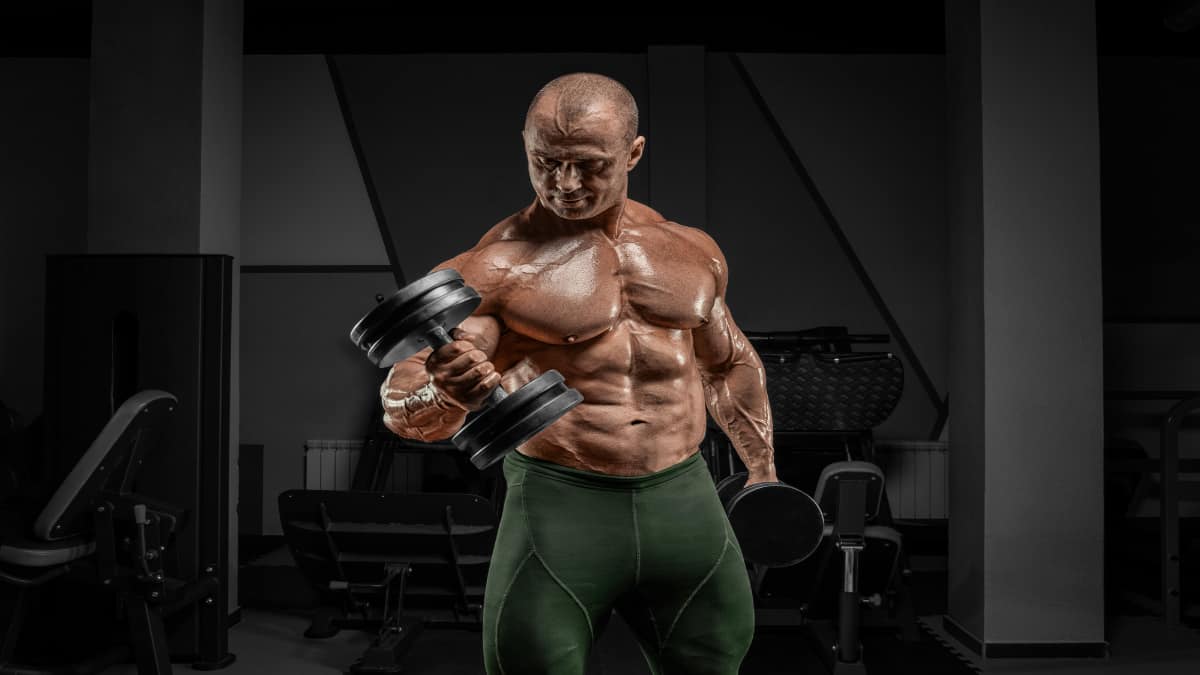 If you’ve read our guide to bicep curl strength standards, then you’ll know that being able to perform 70 lb dumbbell curls is a very impressive feat of strength.

But just how realistic is a 70 pound bicep curl for the average weight lifter?

We set out to answer that question using real-life case studies of people curling 70 lb dumbbells.

You’ll learn the biceps development and training experience that it took for people of different heights, weights, and builds to successfully curl 70 pound dumbbells for reps.

See How Your Bicep Curl Compares:

Yes, being able to complete a 70 lb bicep curl is an excellent feat of strength. This is especially true if you’re performing more than 5 reps per arm with strict form (minimal swinging and leaning back).

70 lb hammer curls are similarly impressive but less so than a 70 lb bicep curl. This is simply because when you curl with a hammer/neutral grip, your biceps have extra assistance from two very powerful elbow flexors—your brachialis and brachioradialis.

If you can curl 70 pounds in each hand—for reps—with less than 5 years of training experience, then that’s extremely impressive because most lifters go their entire training career without curling 70 pound dumbbells.

First off, going from curling 70 lbs to curling 75 pounds represents a 7% increase in resistance.

That’s a big weight jump to make in one go.

You likely need to be doing sets of 8-12 reps with the 70s before you can even begin to think about curling 75 lbs for a few reps.

Bearing in mind that lifting 75 lbs in each hand is a decent bench press weight, being able to curl 75 lb dumbbells is an exceptional achievement that few weight lifters will ever realize.

Is a 70 lb barbell curl impressive?

Although a 70 lb barbell curl isn’t going to turn heads in the weight room, 70 lbs is actually a decent amount of weight to curl with a bar providing that your form is good.

If you’re swinging a 70 lb bar around for a few reps like a baby playing with a toy, then you’re certainly not doing much for your biceps.

On the other hand, if you’re curling a 70 lb barbell for sets of 15-20 reps with textbook lifting technique, then you’ll likely experience some outstanding bicep gains for your efforts.

This is so because the biceps, as simple pieces of meat, only respond to the tension that you put them under. Lifting heavier weights certainly makes it more convenient to apply tension to your biceps, but ultimately, they can’t tell how much resistance you’re curling.

These 70 lb dumbbell curl case studies show you what kind of strength and training intensity it takes to curl 70 pounds with good form.

Andrew Richard posted a video of himself back in 2011 doing a 70 pound curl for around 9 total reps (he’s even stronger now).

Although some people criticized his form, his lifting technique was actually very good because he only used a slight amount of momentum, and even then, that was only on his last few reps.

Sure, he lowered the weights with a neutral grip, but he actually curled the dumbbells with a supinated grip. In other words, Andrew did the hardest part of the rep with the more challenging grip.

He also displayed excellent eccentric control of the weights, which is likely one reason why his biceps are so well-developed—he’s not just swinging the 70s around like so many other lifters do.

The man who operates the YouTube channel 1Kang weighs 161 lbs and managed to curl 70 lb dumbbells for 8 reps; that’s impressive!

While he definitely used some momentum to get the dumbbells moving during the latter half of the set, it’s clear that his biceps were still doing most of the heavy lifting.

This guy’s been training since the year 2000, so it just goes to show that it can take a while for a dedicated natural lifter to successfully perform 70 lb curls.

He’s also got very well-developed arms, so you can see that it takes quite a lot of biceps size to curl 70 pound dumbbells for reps.

We’ve featured the man behind the YouTube channel Jtrain Media before due to his impressive curling strength. And this time, he’s back with an even more impressive lift; 70 lb dumbbell curls for 7 reps!

He even did some hammer curls immediately after reaching failure on supinated curls to get an even bigger pump.

What’s impressive about this guy’s technique is that he achieved full supination on every rep. In other words, he turned his wrists all the way up to achieve a potent bicep peak contraction, something that you can’t achieve when your wrists are in a neutral or semi-supinated position.

Conclusion: Who should be able to do 70 pound curls?

Curling 70 lb dumbbells requires a remarkable amount of bicep strength, which in turn often takes around 5 years of serious weight training to achieve.

Of course, some people might never be able to perform 70 lb dumbbell curls, and that’s okay. If anything, curling less weight with better form produces superior results compared to lifting heavier weights with poor form.

Still, a 70 pound bicep curl is a great milestone to reach as a natural lifter and definitely puts you in the top 10% of curlers if your technique is strict.