Is curling 50 lb dumbbells good for a weight lifter?

Is performing 50 lb dumbbell curls an impressive feat of strength? 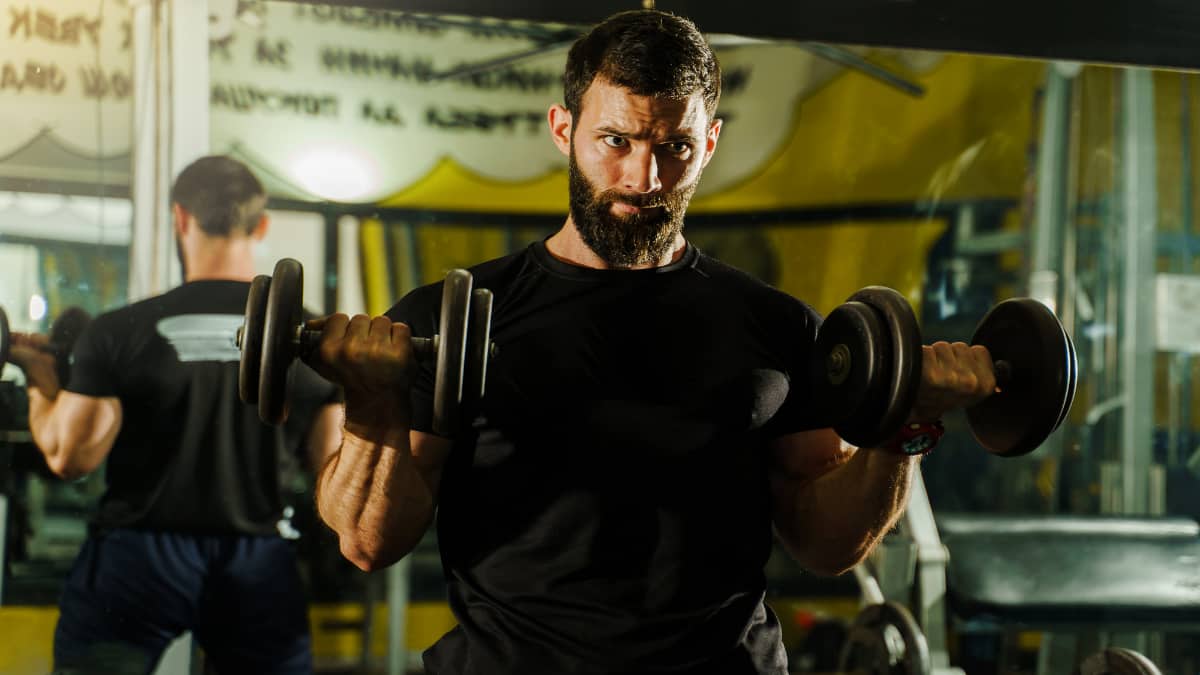 Is curling 50 lb dumbbells impressive or not?

50 lbs is definitely more than the average curl weight if your form is good. However, whether or not 50 lb dumbbell curls are impressive heavily depends on the number of reps and sets that you're performing.

This way, you'll be able to compare your own physique and biceps strength with that of other people to see how you stack up.

Is curling 50 pound dumbbells good for someone who lifts weights?

Yes, curling 50 lb dumbbells for reps is a very impressive feat of strength for someone who lifts weights regularly. Obviously, the more reps and sets that you perform and the better your form is, the more impressive a 50 pound bicep curl is.

For example, performing 3 sets of 10 reps with 50 lb dumbbells is obviously better than doing 2 sets of 6 reps with the same weight.

On the other hand, if you're doing fewer reps than someone else but with much better lifting technique, then I'd actually say that your 50 pound dumbbell curls are more impressive because your biceps will be performing more of the lifting.

Additionally, the lower that your body weight is, the more impressive a 50 pound dumbbell curl is. This is because lifters with a lower body mass also tend to have smaller biceps than those with larger body masses.

55 lb curls might not seem much different from 50 lb curls, but they actually are.

This is for two reasons.

One, the biceps are a small muscle group, so increasing the weight by 5 lbs (a 10% increase) is actually quite significant.

Two, 50 lbs is already a good weight to be curling. So a 10% increase is even more impressive considering that your biceps are already clearly very strong if they can curl 50 pounds for multiple reps.

So, in summary, a 55 lb dumbbell curl is a great lift that definitely makes you stronger than most intermediate weight lifters, especially if you're doing 6-10 reps per arm per set.

Is curling 50 pounds with a barbell good?

Whether or not performing 50 pound curls with a barbell is good depends on the number of reps that you do and the quality of your form.

Of course, a 50 lb barbell curl isn't going to turn heads in the gym because 50 lbs is barely more than an empty Olympic barbell.

Still, if you use perfect form (zero swinging) and perform high reps, you can get a surprisingly good workout with just 50 lbs. Try doing sets of 20-30 reps and see what happens to your biceps. [1]

I'll bet that your biceps will be on fore after just a couple of sets. So while 50 lbs might not seem like a lot of resistance, you can actually get great bicep gains from doing a 50 or 55 lb barbell curl if your form is tight and your reps are high.

If you want to see what curling 50 lbs looks like in real life, make sure to check out these interesting case studies.

John Kraus posted a video a while back of him doing 50 lb curls for 10 total reps (so 5 reps per arm). This case study is a great example of what hard and heavy 50 lb dumbbell curls look like when performed with good technique.

Unlike other lifters who just threw the 50 pounders around like they were toys, John actually made his biceps do the vast majority of the lifting. Sure, he used a slight bit of momentum on his final few reps, but he didn't lean back excessively or let his shoulders take over.

Additionally, John went above and beyond during the eccentric phase of the rep. So many people throw the weights up and then just let them drop. However, John controlled every inch of the negative and didn't begin his next rep until the elbow of his working arm was locked out.

So while he "only" did 5 reps per arm, he was actually getting a lot of time under tension [2] for his biceps because of the above-average eccentric control.

Trainer Jo has an incredible physique and posted a video of himself in 2014 curling 50 pound dumbbells for 24 total reps. He might have actually done more reps, but the video cut off.

Anyway, some commentators under the video gave him some flak for his form. They said that he was swinging too much.

However, Trainer Jo's form was anything but poor. His back remained straight, and he didn't generate any momentum with his legs.

All he did was allow a minor amount of upper body movement, which may actually have benefited his biceps, considering that the biceps brachii muscle is a shoulder flexor. In other words, allowing a slight amount of forward shoulder movement during curls is okay as long as it's kept within reason.

Additionally, Trainer Jo maximally supinated his wrists on every single rep to ensure that his biceps received a proper contraction. This is something that the other lifters in case studies 1 and 3 didn't do, and it really shows that Trainer Jo really understands how to train for hypertrophy.

This might not seem like a particularly impressive feat of strength, but I wanted to include Eric's case study anyway because he can now deadlift over 600 lbs!

It just goes to show that hard work pays off. Just because you can only curl 50 lbs dumbbells for a few reps now doesn't mean that you can't supercharge your strength over the next few months and years.

I'm not sure how much he can curl nowadays, but his form was actually pretty good back then, and he used a supinated grip, which made the lift more challenging for his biceps.

How to go beyond 50 lb dumbbell curls

Since curling 50 pounds is already pretty good, you're going to need to exercise your patience first and foremost.

Curling strength is mainly a function of the size of your biceps, so making them bigger is the best way to go beyond a 50 lb dumbbell curl.

Increasing your training volume by doing extra sets or extra sessions can help to produce new muscle growth if your biceps have already grown as much as they can from your current level of training volume.

However, there's also a chance that you could be training too much. As you get stronger, your workouts typically become harder to recover from. So one school of thought is that you need more rest between sessions that train the same muscle group if you want to keep progressing.

Just make sure that you're getting enough protein and quality calories in your diet. [3] Training is essential for stimulating biceps hypertrophy, but you need to fuel the growth once you leave the gym if you want to maximize your gains.

Conclusion: Who should be curling 50 lb dumbbells?

If you're an intermediate lifter with around 2 years of training experience and you can curl 50 pounds for 5 reps per arm, then you should be satisfied with your progress.

Of course, if you have a smaller than average build and thus a lower body weight, it might take you longer to start curling 50 pounds for reps and that’s completely fine.

Additionally, it's entirely possible to build fantastic biceps without every curling more than 50 lbs.

The biceps are a relatively small muscle group and don't have the same strength potential as the likes of your lats and quads, so focus on your form rather than on increasing the weight as frequently as possible.