Close grip bench press vs skullcrushers: Which is better for triceps development?

Learn which of these two heavyweight tricep exercises builds the most mass. 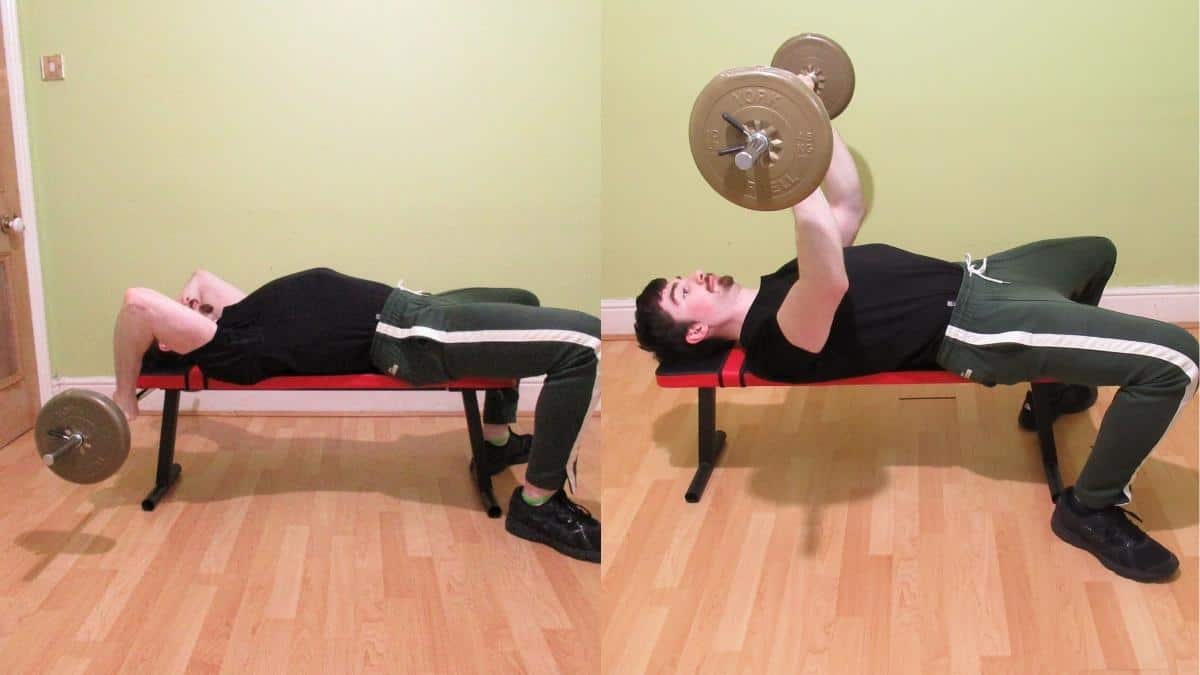 If there are ever two mass-building movements for the tricep muscles, it's close grip bench presses and the skull crusher exercise.

This close grip bench press vs skullcrushers comparison discusses which of the two exercises is most effective for building the triceps and whether or not you need to include both movements in your workout routine.

So considering that skull crushers target the long head better than the close grip bench press, you could make a strong case for skull crushers being the superior exercise.

Yet, you can lift a lot more weight on close grip bench presses. So it's possible that you're overloading your triceps with more tension during the CGBP.

But how much of the extra resistance is your triceps actually lifting?

Since the close grip bench also works your chest and front delts, your triceps might not actually be getting any more stimulation than they would from skull crushers.

So while performing adequate training volume at a close enough proximity to failure is the most crucial hypertrophy requirement, if I could only do one exercise for triceps size, it would be skull crushers because of how well they train (and, in particular, stretch) the long head.

This one's interesting because it depends on what you mean by strength.

If we're talking about pressing strength, then obviously, the close grip bench press is better than skull crushers because it's far more specific to exercises like the bench press and overhead press.

But if we're just talking about triceps strength, then whatever exercise builds the most muscle mass (likely skull crushers due to the long head emphasis) also leads to greater strength gains because, all else being equal, a bigger muscle is a stronger muscle.

In other words, while strength has a massive neurological component to it (hence why powerlifters can often lift more than bodybuilders), having more muscle mass undoubtedly gives you a higher strength potential; you just need to work on the skill side of the strength equation (i.e., master the movement patterns) in order to unlock that strength.

You can perform both movements with barbells, dumbbells, cables, kettlebells, bands, and many other training tools.

Similarly, you can do both exercises, if you so wish, in a unilateral fashion to work on your tricep symmetry.

Additionally, both movements get great results when performed on incline and decline benches.

Of course, much of the time, your best bet is to stick to the flat variations so that you can focus on the proven basics like progressive overload rather than hopping between exercises just for the sake of variation.

You don't need to do both exercises to maximize your tricep hypertrophy.

Your triceps, after all, are just pieces of meat that respond to tension, so they certainly can't tell whether you're doing a close grip bench press or skullcrushers.

That said, to work the long head of your triceps optimally, you need to perform at least one exercise that has your shoulder in a flexed position. So while the close grip bench press isn't necessary for maximizing your muscle growth, something like a skull crusher is.

You could always switch out close grip bench presses for pushdowns (see our skull crushers vs cable pushdowns comparison) because, for the triceps, a bench press and a pushdown have the exact same movement pattern. Yes, the shoulder position is slightly different, but that doesn't affect the recruitment of the lateral and medial heads because they don't cross the shoulder joint.

You can, of course, perform both exercises because they're both excellent mass-builders in their own right. The better question is, which one should you do first in your routine?

Also, check out our skullcrushers vs dips comparison if you want to see how skullcrushers stack up against another popular exercise.

Which exercise should you perform first?

But if the long head of your triceps is lagging behind, then it actually makes sense to start with skull crushers. This is because, as we established earlier, skull crushers are likely better than close grip presses for building the triceps because they better emphasize the most crucial size-building head, the long head.

I realize that some lifters might cringe at the idea of doing a close grip bench press after skull crushers. But just know this: If the thought of having to lower your close grip bench weight fills you with dread, then just remember that it's only because you're training unconventionally in pursuit of larger triceps.

But if you just can't stand the thought of taking weight off the bar, then you can simply perform the two exercises on different days of the week.

This twice-weekly setup is likely even better than performing the movements on the same day because you'll be stronger doing 5 sets twice per week (for example) than you will be doing 10 sets in one go since you'll be less fatigued on the subsequent sets.

For overall triceps mass, skull crushers are likely better than the close grip bench press because they put the long head of the triceps under a greater stretch. The long head, as we established earlier, is by far the biggest head of the triceps, so any exercise that trains it well has excellent size-building potential.

You can, of course, perform both exercises. But if you don't want them to interfere, then it's a good idea to do them on different days of the week.

If you're doing both drills during the same workout, then start with whichever movement most closely aligns with your goals; close grip bench presses for increasing your pressing strength; skull crushers for maximizing triceps hypertrophy.

You can also combine the exercises and do a skull crusher to close grip bench press hybrid if you want to blast your triceps with an intense superset.