Bigger is not always better; here's how having 58 inch hips harms your health. 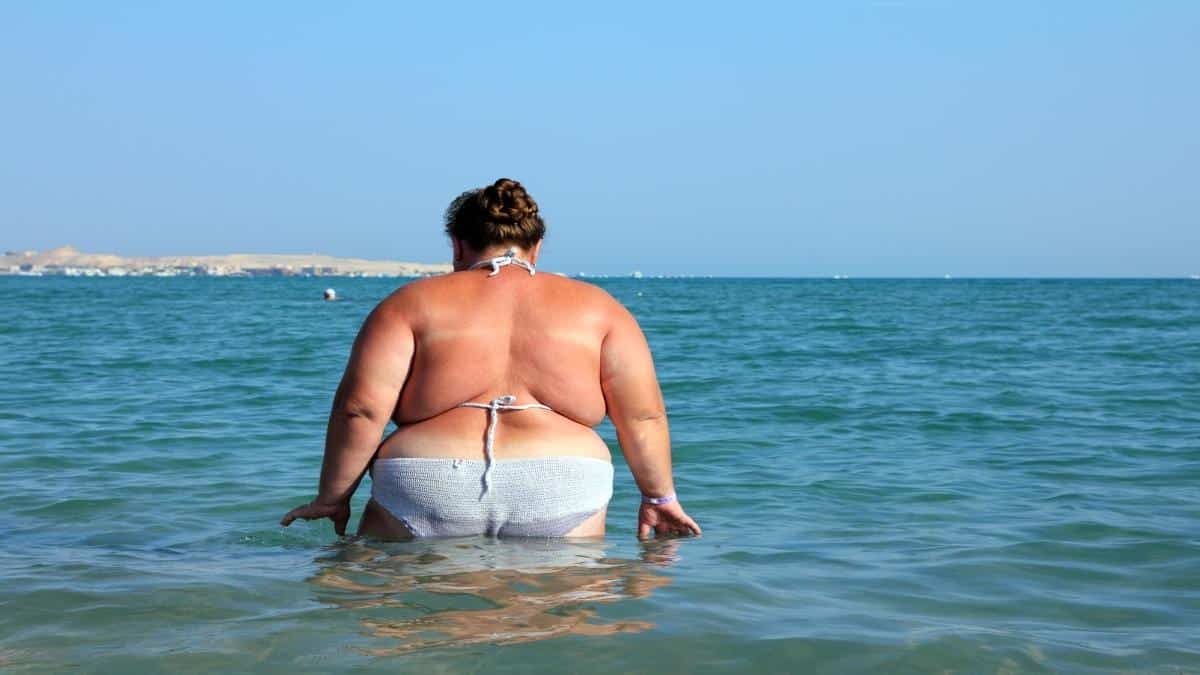 There are many ways to assess your physical health status—taking your various circumference measurements is one way to do just that.

But unlike having a large stomach, research actually suggests that having large hips can protect you against some diseases. However, it’s important to understand that there’s a cut-off point for this, which is definitely below 58 inches.

Logically, this means that having 58 inch hips is bad for your health—potentially extremely bad—for reasons we’ll get into very shortly.

Table of Contents show
Why are 58 inch hips too large?
Why do some people have 58 inch hips?
How can you get rid of your 58″ hips?
The verdict

Why are 58 inch hips too large?

I’m not a fan of assuming things about people, but we can safely say that anyone with natural 58 inch hips has a large stomach as well. So how does this affect your health?

This intra-abdominal fat can cause chronic illnesses like diabetes, heart disease, and even cancer because it wraps around your internal organs, such as your liver, intestines, and stomach.

This is why 58″ hips are too large for a person to live life in good health—not because they look too big. Appearances, after all, can be deceiving. As I’ve said elsewhere, having excessively skinny hips can also be bad for your health.

Why do some people have 58 inch hips?

People who have 58 inch hips often have hips that size due to a combination of their unhealthy lifestyle and their genetic fat storage distribution.

Let’s tackle the first problem. Overeating and a lack of physical activity are two causes of weight gain because they virtually guarantee that your body has a surplus of energy, which forces it to gain weight.

Intuitively—since weight gain and weight loss are opposite processes—you can reverse your fat gain by manipulating these two variables—reduce your calorie intake and increase your activity levels.

As mentioned, where you store fat also influences how big your hips are. For example, when some people put on weight, the fat goes straight to their hips, and their waist stays comparatively leaner.

If this is you, then it might take longer to lose your gluteofemoral fat. But don’t let this discourage you. If you’re losing inches from your other areas and your weight is decreasing over time, then you’re on the best possible path.

Slimming your 58 inch butt is simple in theory; you just restrict your calories and increase your activity level. Of course, doing this requires discipline and effort, meaning that reducing the size of your 58 in hips can actually be quite challenging in practice.

That’s why you should set realistic goals and do the types of exercise that you enjoy.

So, don’t try to lose 10 lbs in the first week by starving yourself because you’ll most likely pile the pounds back on if your diet is unsustainable (i.e., if your calorie intake is too low).

On the other hand, don’t feel that you need to do high-intensity training sessions if you’d prefer to walk in the park or work out at home. Sustainability is the name of the game here.

The longer that you can stick to your diet and exercise program, the more weight you’ll lose, and the easier it will become to slim your 58 inch hips because you’ll start to break your old habits for good.

If you have 58 inch hips, then you’re not alone. Due to our modern and sedentary lifestyles, many people struggle with their weight. Yet, there are plenty of examples of where determined individuals managed to take control of their health by losing fat and getting fitter.

You can do the same. Just because you have 58″ hips now doesn’t mean that you still need to have 58 in hips 6 months down the road.