Is a 70 kg bicep curl an achievable feat of strength?

Discover the kind of lifters that are capable of performing a 70 kg bicep curl. 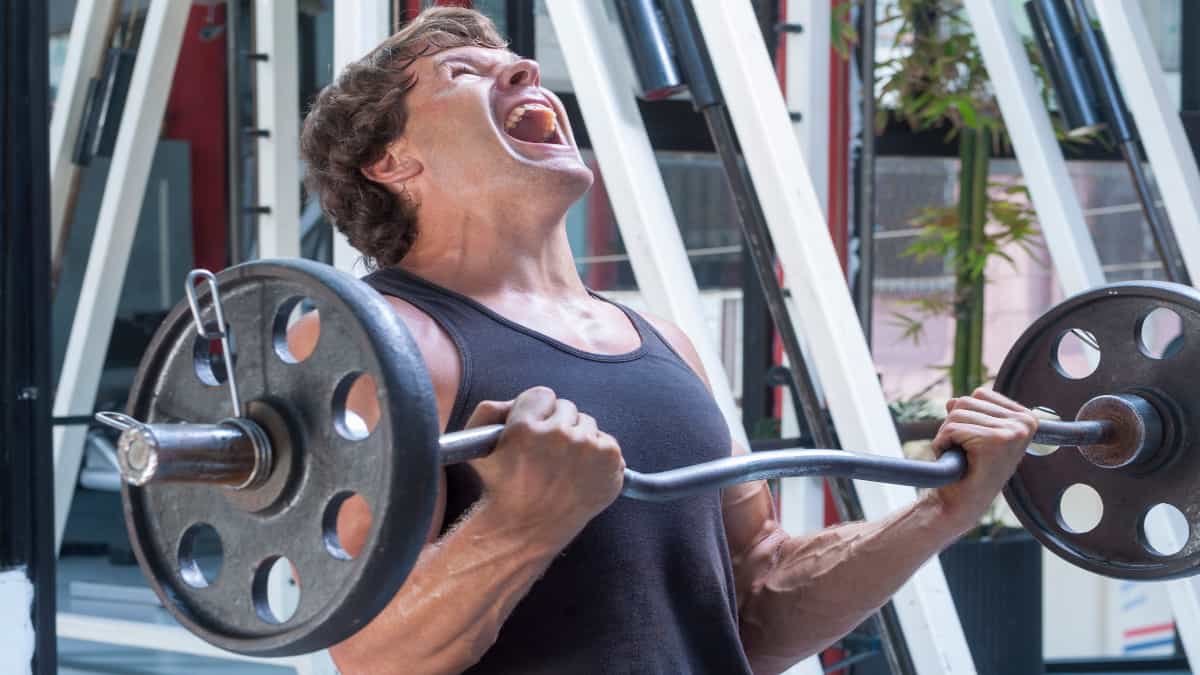 Working out how much weight to curl means knowing your strength and volume tolerance.

For this reason, it can be useful to test your curl strength once in a while to see if your training is paying off.

As you’ll soon discover, the human biceps muscles, despite their relatively small size, are actually much stronger than most lifters think.

So with that in mind, we’re going to go through some real-life examples of people performing 70 kg bicep curls so that you can see what’s possible with years and decades of consistent training.

See How Your Strength Stacks Up:

How impressive is a 70 kg bicep curl?

Regardless of whether you perform one rep or ten, a 70 kg bicep curl is incredibly impressive. After all, at 70 kilograms, you’re curling more weight than many recreational gym-goers can bench press, so it’s a very impressive feat of bicep strength.

Of course, if you’re swinging the weight up with every muscle in your body, then that doesn’t say much about the strength of your biceps. And to be honest, if your other muscles are doing most of the lifting, then it’s not really a curl anyway.

On the other hand, if your form is fairly strict (some momentum is okay at this weight), then you should be delighted with your strength because most lifters will go their whole training career without curling 70 kg.

Would it be possible to do a 70 kg dumbbell curl?

Many people like to attempt crazy feats of strength just to see if lifting incredibly heavy objects is possible.

That’s pretty much impossible if we’re talking about full reps.

Now, there is footage of arm wrestlers “curling” 70 kg dumbbells. However, these examples aren’t really applicable because they’re not doing bodybuilding-style curls.

If you’re wondering why nobody can do 70 kg dumbbell curls, then also consider the fact that bench pressing 70 kg in each hand (or even lifting dumbbells that heavy off the rack) is already an incredible display of human strength.

Learn what kind of strength and determination it took lifers of different sizes to curl 70 kg for multiple reps and for a one-rep max.

Savas Cebeci did a 70 kg barbell curl for 3 reps with good form, which is a remarkable feat of strength.

Savas didn’t cheat the weight up at all. Instead, he curled the bar through a full range of motion using his monstrous biceps.

I’m sure that with some momentum, he could’ve done even more reps, but advanced bodybuilders like Savas understand that it’s often best to keep the tension purely on the target muscles.

Clearly, you don’t build a physique as big as his by performing sloppy cheat reps.

Many lifters, on the other hand, simply don’t have the discipline to curl with good form because they want to show off to other gym users.

If you ever needed evidence that curling power is mainly a function of bicep size, this is your guy.

His biceps (and arms in general) are extremely well-developed, so I’m not all that surprised that he was able to curl 70 kg with good form.

Sure, Milan leaned back ever so slightly while curling the bar up, but you could clearly see that his biceps were doing the vast majority of the heavy lifting.

At a bodyweight of 87 kg, Konsta Koivuranta performed a strict curl with 70 kg.

That’s an extremely impressive accomplishment considering that he didn’t lean back or jerk the weight up with his legs at all.

While it wasn’t an easy rep, it looked like Konsta had even more in the tank.

Still, curling a weight that’s a good bench press for many people is inspiring regardless of how you get the weight up. But to see it done with strict form is even more satisfying to watch.

Attaining a 70 kg bicep curl is an extraordinary achievement that puts you in an elite group of lifters.

Nevertheless, if you’re lighter, then you can still dramatically increase your curl strength by building your biceps. After all, your biceps don’t care about the size and strength of your other muscle groups (except maybe your forearms).

Most natural lifters, however, will struggle to achieve a 70 kg barbell curl even with hard training.

But that doesn’t matter because you can still sculpt strong and muscular biceps by curling significantly lighter weights for a higher number of repetitions.