Are 8 inch ankles skinny or not?

Find out if 8 inch ankles are skinny or not. 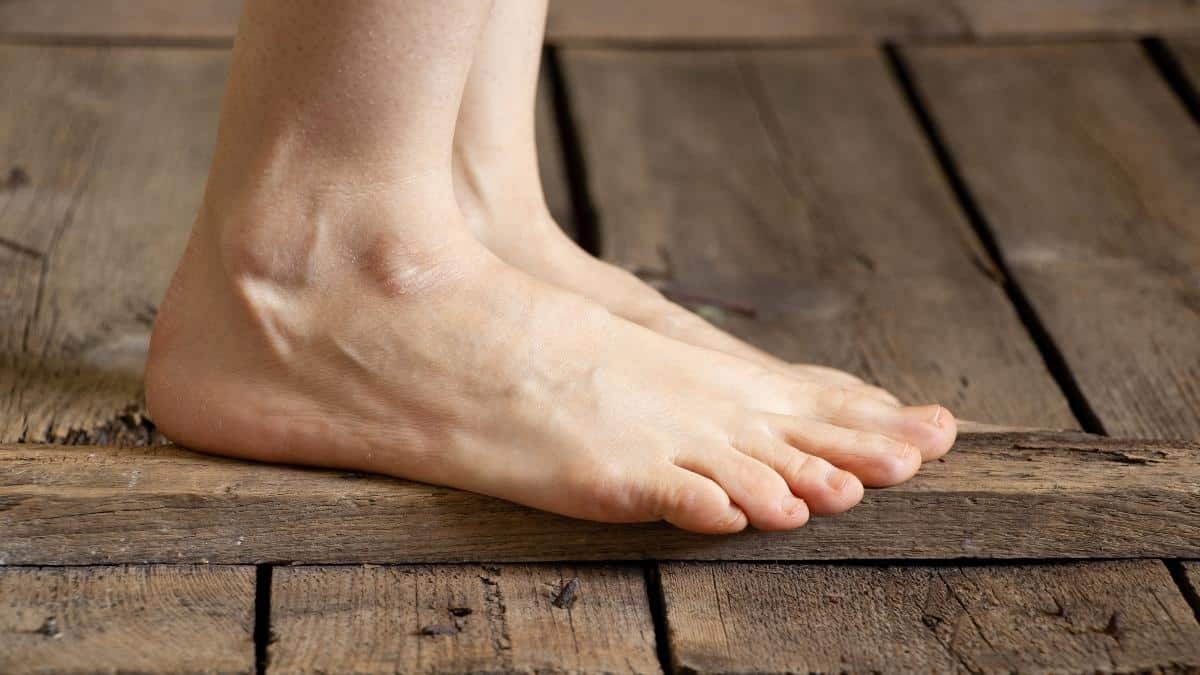 If you're wondering whether 8 inch ankles are big, skinny, or just plain normal—for men and for women—then you're in the right place.

We analyzed more than 10 different anthropometric studies to determine how big an 8 inch ankle circumference really is. Here's what we found.

Are 8 inch ankles skinny for a man?

Are 8 inch ankles skinny for a man? Yes, based on all of the measurement data that we examined, 8 inch ankles are definitely skinny for an adult male because they're around 0.75 to one inch smaller than normal.

The main dataset that we're basing this claim on is an anthropometric survey of nearly 2000 US military personnel. In this case, if you had 8 inch ankles, then you'd be in the 10th percentile of all ankle measurements, which is very skinny indeed. [1]

Now, just because 8 in ankles are objectively skinny for a man doesn't mean that it's bad to have 8″ ankles. After all, we're all built differently.

And besides, some of the people who have ankles that are bigger than yours will have way more body fat than you. This extra fat will make their circumference measurement physically bigger but may not necessarily indicate that they have more bone mass than you.

In other words, men who have a lean physique tend to have smaller ankles than those who're carrying excess body fat.

Are 8 inch ankles too small for bodybuilding?

So, are 8 inch ankles too small to succeed in bodybuilding? Yes and no. Let me explain why.

While it's true that ankle circumference is highly correlated with overall frame size, many of the top bodybuilders actually have really small frames, something that would only become apparent if you stripped away their muscle mass.

All else being equal, though, it's very likely that having bigger ankles will enable you to gain more muscle mass because larger bones can hold bigger quantities of muscle mass than smaller bones.

So, can you be a bodybuilder with 8 inch ankles? Yes, absolutely. In fact, having small joints might actually accentuate your arms and calves, which could help you to achieve higher placings if you're a competitor.

Are 8 inch ankles small for a woman?

Are 8 inch ankles small for a woman? No, 8 inches ankles are a very normal size for an adult woman and are definitely not too big or too small.

Indeed, a study that measured the ankles of 30 men and women found that the average measurement was 8.27 inches. [2] So, knowing that men have larger ankles than women (but not by a massive amount), it's highly likely that the female study participants had 8″ ankles or thereabouts.

Of course, many women also have ankles that are bigger than 8 inches, and that's fine.

Health, after all, isn't determined by the number on the tape.

And anyway, some people have a genetic predisposition to storing fat around their ankles, which can really beef up their measurement.

While 8.5 inch ankles are obviously a bit bigger than 8 inches ankles, they're by no means too big or too small.

Based on the above-referenced data, if you're a man with 8.5 inch ankles, then you're in the 35th percentile, meaning that your ankles are slightly on the small side.

If you're a woman with 8.5 inch ankles, on the other hand, then you're in the 80th percentile of ankle size.

Conclusion: Is it ok to have 8″ ankles?

Let me put it to you like this; a given ankle measurement is only ever a bad thing if it's indicative of some kind of health problem.

As mentioned, it's perfectly normal to have 8 inch ankles, so you definitely don't need to worry about your ankles being too big or small.

And if you think that your 8 in ankles are too small, for some reason, then just remember that many of the people with ankles larger than yours are probably carrying excess body fat.