Are 9 inch ankles big or small?

Learn if your 9 inch ankles are big, small, or just plain normal. 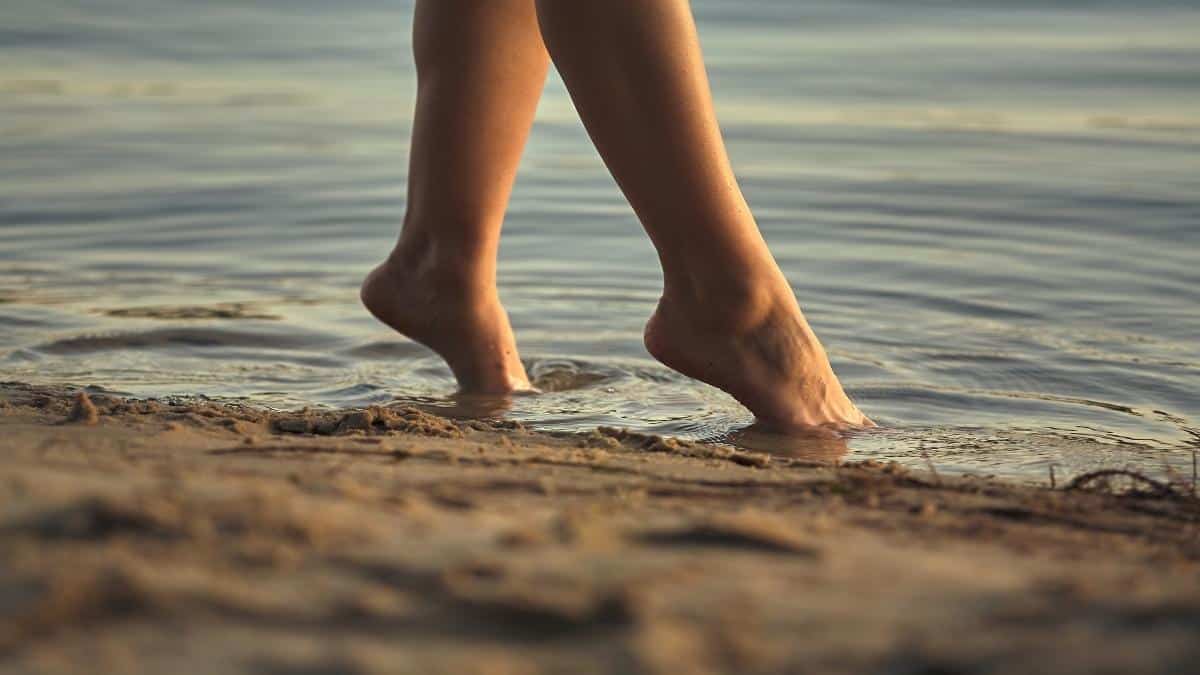 As you’ll soon learn, 9 inch ankles are a very average ankle circumference for an adult man and slightly bigger than normal for a woman.

With that said, this article will discuss how having a 9 inch ankle measurement affects your frame size and your ability to put on muscle mass, among other things.

See How Your Ankles Compare:

Are 9 inch ankles small for a man?

One example of this is a study of over 400 professional football players. The researchers found that, on average, the soccer players had 9.04 inch ankles. [1]

Some people may say that 9 in ankles are a little on the small side for a man. But these people often forget that many men who have ankles that are considerably larger than 9 inches have them due to excess body fat and not because of a large bone structure.

Indeed, a lot of men and women store fat around their ankles, which can significantly bulk up their circumference measurement.

As such, if you want to accurately determine your frame size, then you need to take into account more than just the girth of your ankles.

Are 9 inch ankles big for a woman?

Are 9 inch ankles big for a woman or not? Yes, based on the data, 9 inch ankles are around an inch larger than usual for an adult woman.

Indeed, 9 inch ankles would put you in the 70th percentile of ankle size.

Now, this data is taken from female US military personnel, who tend to be much fitter than average while also having a lower body fat level.

Therefore, there are naturally going to be plenty of healthy women who have 9 inch ankles. Indeed, some women naturally store quite a lot of body fat around their ankles compared to other areas.

Of course, some women might have 9″ ankles due to their frame size. But, most of the time, large ankles are the result of a combination of bone mass and fat tissue—not one or the other.

How large are 9.5 inch ankles?

Based on the research, 9.5 inch ankles are bigger than usual for both men and women. But this isn’t necessarily a bad thing at all because some people have larger bone structures than others.

One study measured the ankles of over 400 US Navy recruits and found that 9.15 inches was the average measurement. [2]

So, as you can see, 9.5 inch ankles aren’t absolutely huge, but they’re certainly a bit bigger than normal.

This isn’t anything to be concerned about, but your measurement can influence the amount of muscle that you can build. Let me explain.

Can you build a lot of muscle if you have a 9 inch ankle?

It’s a well-documented fact that ankle circumference is highly correlated with maximal frame size. Specifically, the bigger your ankles are, the more muscle mass you’ll be able to build.

This is simply because larger bones have more space to store muscle tissue.

Now, if you have ankles that are smaller than 9 inches, this doesn’t necessarily mean that you’ve got bad genetics for building muscle. After all, many of the best bodybuilders have pretty narrow joints.

And as I’ve said elsewhere, having small joints can actually accentuate your muscles because there will be a greater taper between, say, your ankles and your calves.

In conclusion: Is having 9″ ankles a good thing?

One thing’s for sure; having 9 inch ankles is a very normal thing. And regardless of whether you’re a man or a woman, a 9 inch ankle circumference definitely isn’t too large or too small.

In conclusion, 9 inch ankles look perfectly normal on just about anyone. And while you can’t make your actual ankle bones any thicker, the ankles as a general area will naturally grow and shrink a bit as you gain and lose body fat.