How wide are 52 inch shoulders for a natural lifter?

Find out what it takes to sculpt 52 inch shoulders naturally. 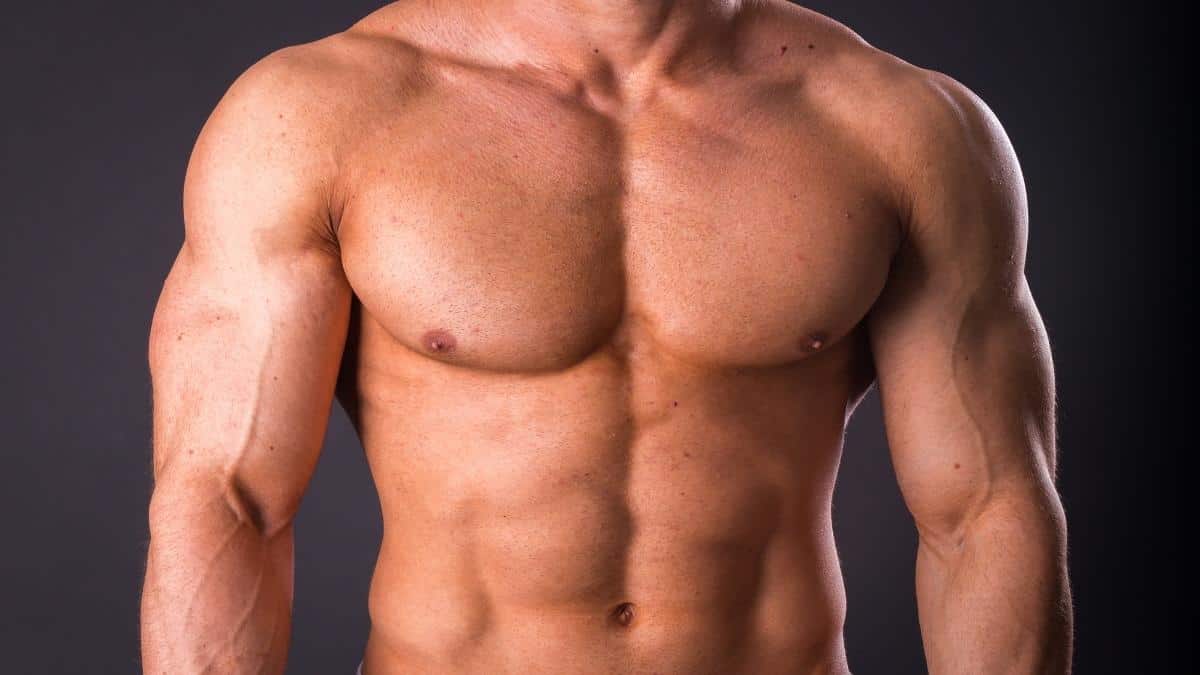 If you have 52 inch shoulders, then you have an undeniably broad physique. Indeed, most recreational bodybuilders don’t have 52″ shoulders, so you’re definitely in an elite club if you genuinely have tape-measure-verified 52 in shoulders.

This guide explains just how wide 52 inch shoulders really are so that you know exactly where you stand. But you can also learn how to measure your shoulder size if you want to verify your circumference measurement.

Of course, the more muscular your deltoids are, the bigger and wider your 52 inch shoulders will naturally look. This is because your shoulders will have more of a solid appearance rather than a flabby and saggy look.

Now, even if you’re not particularly muscular, your 52 in shoulders will still look very broad indeed and are likely a strong indication that you have a large frame (specifically, long clavicles).

Crucially, the smaller your waist is, the broader your 52 inch shoulders will look. This is because you naturally have a more prominent v-taper when there’s a big difference between the size of your waist and the width of your shoulders.

It depends on your height, build, and body composition. But, in general, 52 inch shoulders look big and wide on the vast majority of people.

For example, many people who have 52 in shoulders are bodybuilders of some kind who built their 52″ shoulders by developing their deltoids and broadening their upper back muscles over the course of many years.

On the other hand, many tall people have long clavicles, which naturally gives them a large shoulder measurement even if they’re untrained. And when you combine genetically wide shoulders with muscular deltoids, lats, and traps, you can see why it’s possible for a fair few people to get 52 inch shoulders.

Now, the shorter you are, the wider your 52″ shoulders will look. This is because, in relation to your other bones, your clavicles are obviously very long if you have 52 in shoulders on a short body.

Still, the fact remains that most people who have 52 inch shoulders have them because of a combination of frame size and muscle mass. Indeed, if you were to have 52″ shoulders purely as a result of your clavicle length, then that would be an indication that you have incredible shoulder width genetics.

Is it possible to build 52 inch shoulders naturally?

Honestly? Most people probably don’t have the genetics to build 52 inch shoulders without getting fat. You might be able to come close, but 52 inches really is a very large circumference measurement.

Now, if you have fairly wide shoulders genetically and are willing to put in a few years of regular effort at the gym, then you might well be able to achieve a 52 inch shoulder circumference naturally.

That said, you’d really need to hammer your delts, lats, and traps to sculpt genuine 52 in shoulders. This would mean doing plenty of pulldowns, rows, lateral raises, rear delt, flys, and shoulder presses.

So many lifters focus on the chest muscles—and the pecs are undeniably important for bodybuilding—but if you really want to expand your shoulder measurement, you need to grow your back because developed lats and traps will stretch the tape measure further.

How many people have 52″ shoulders?

Not many people have 52 inch shoulders because getting shoulders that wide usually requires both the muscle mass and the frame size, which a lot of people simply don’t have.

Even if you go to a gym, the vast majority of lifters won’t have 52″ shoulders.

Therefore, if you do have 52 in shoulders, then you’re in a very elite club.

Of course, you sometimes see people online claiming that they have 52 inch shoulders. And sometimes, these claims may well be true.

But you also have to understand that people only tend to share their measurements when they’re impressive, so the stats that you see posted on forums, for example, really aren’t representative of the general gym-going population.

Conclusion: How good are 52 in shoulders?

In summary, 52 inch shoulders are very good in the sense that they’re much wider than usual. But as long as you’re happy with your physique, it doesn’t really matter what your measurements are.

Know this: You can look very wide without having shoulders that are anywhere near 52 inches. Aesthetics, after all, is all about the relationship between your various body parts. So if you have a small waist and decently wide shoulders, then you can still have an incredible v-taper.